The most unusual place on Earth is what it is and on what continent it is located. This is the Arizona waves in the United States, and the desert with lagoons in Brazil, and the dead valley in Namibia, and an underwater waterfall on the island of Mauritius. If an exact answer could be given to this question, because there are, if not thousands, then hundreds, amazing places. Read about several of them in our article..

Top most amazing places on Earth

20 kilometers from the westernmost point of the African continent, in Senegal is perhaps the most unusual body of water on planet Earth. It is called Pink Lake, it is relatively small (only 3 square kilometers), but the water is painted in an amazing color, which changes from purple to scarlet over the season. The best time to enjoy this unusual natural place is in the winter during the dry season. 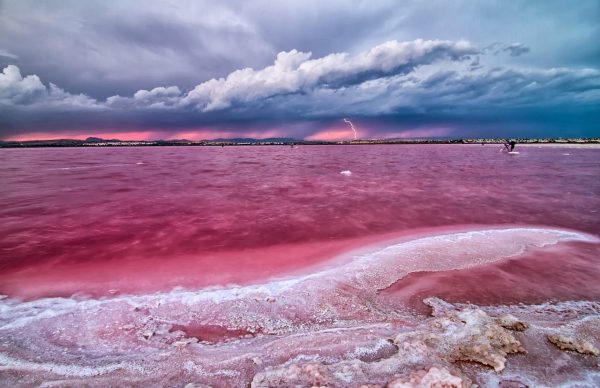 The most unusual places on Earth are complemented by education that has existed since the Jurassic period. This is the Giants Road in Ireland, a stretch of coastline that looks like it was created by human hands. The basalt blocks form a peculiar pattern of even rectangular pillars, the highest of which rises to a 13-meter height. It is believed that they appeared as a result of a volcanic eruption that occurred more than 50 million years ago.. 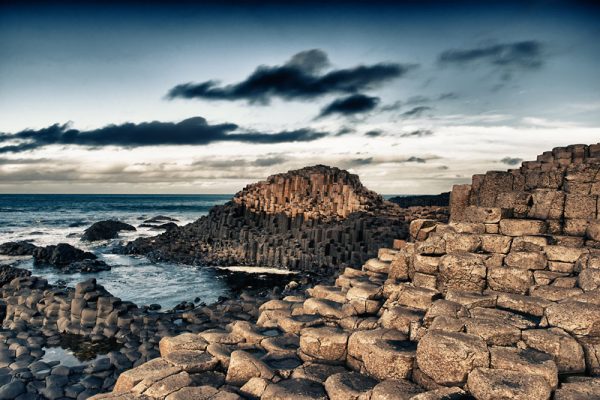 At the very border of Kenya and Tanzania, there is another noteworthy body of water – Lake Natron. This place is interesting not only for its color, but also for unusual phenomena – the water surface is sometimes drawn in by a crust of salt, which has a bright red tint. The reason for this is the isolation of microorganisms living in the Natron. In addition, this pond is considered one of the hottest – in shallow water in the hot season, the waters are heated to 50 degrees. 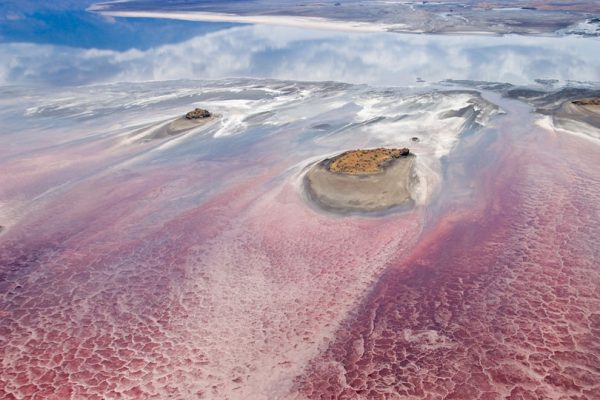 In the south of Iceland, Skaftafell is a national natural park, known for its extremely unusual diverse landscape. The terrain here is quite sunny, so there are even real birch thickets, which is extremely rare in such northern latitudes.
But the most interesting thing in Skaftafetl is the most beautiful tunnels, consisting of a pure ice lens. They were formed over the centuries, so that almost no air bubbles. 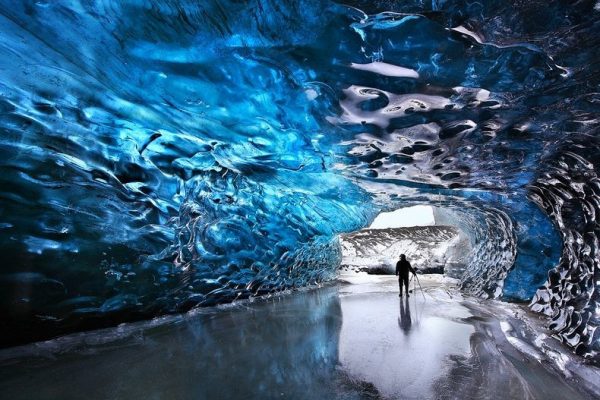 Less than a hundred kilometers from Belize, a country in the Caribbean, on a small coral atoll in the 1970s, an interesting underwater cave – the Big Blue Hole – was discovered and explored. Although in fact it is not a cave, it is very similar to this definition – stalactites grow on the bottom of the funnel (120 meters deep). The hole is especially impressive when viewed from the height of a flying airplane. 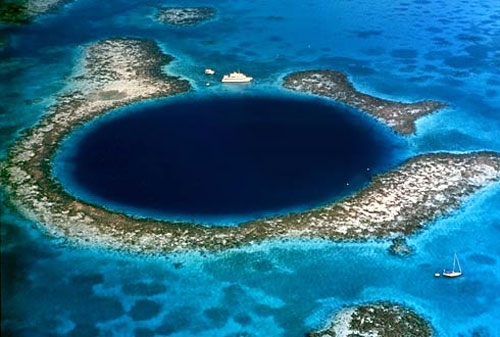 One of the most unusual landscapes on earth can be seen in China in Zhanye, its name is Denxia. Thousands of years ago, there was a thriving city where the Great Silk Road passed. But even then, Zhanye was not interested in his huge market, where everything could be bought completely, but as a place with unusual rainbow landscapes. Such a colorful landscape was formed due to a giant accumulation of heterogeneous sediments of centuries-old soil erosion and red sandstone. Layering on each other, they formed a unique landscape resembling multi-colored sea waves. 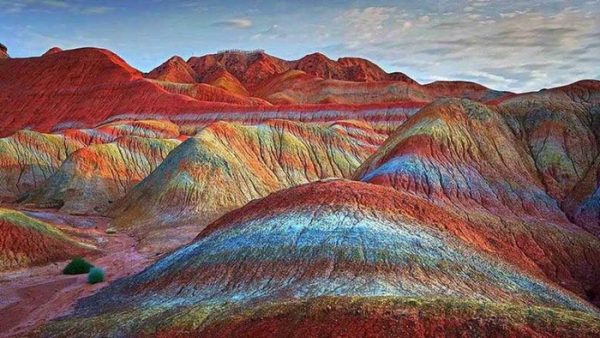 The largest cave in the world, namely, Son Dung in Vietnam, was discovered recently – only in 2009. A group of cave explorers visited here, who were amazed at the unusual place they saw. It turned out that near the entrance the cave expands and reaches a height of almost 200 meters. Theoretically, you can even arrange balloon flights in it – the dimensions allow. 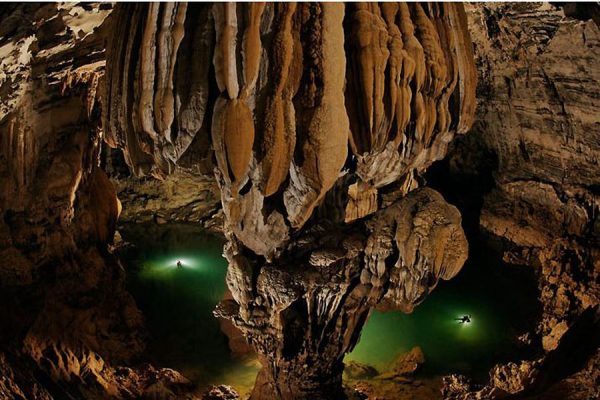 In the middle of the Argentinean pampa, Ischigualasto Natural Park is located – a rocky wasteland, surprisingly resembling an unusual Martian landscape. Plants are rare here, and the main attraction of this place is stone blocks, scattered in many plains. All this was formed over millions of years under the influence of strong winds.. 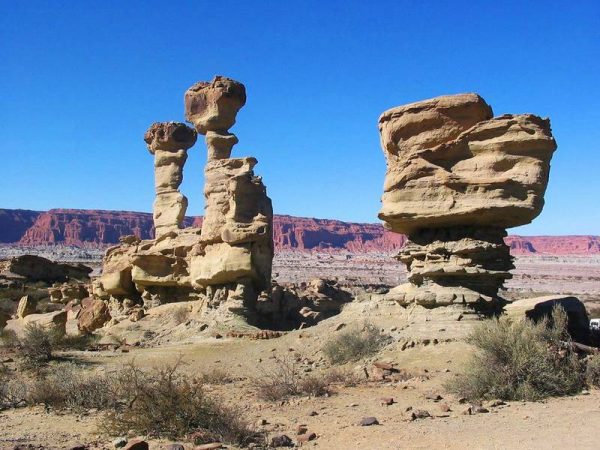 Alpine Bolivia – South American Tibet – in itself is an amazing natural phenomenon. But on its territory there is a reservoir of Uyuni, more precisely – its remains, which can safely be called the most unusual place on Earth. Uyuni, the largest salt marsh on the planet. After the lake has dried up, its bottom remains covered with a layer of salt up to 8 meters thick. And when the wet season begins, the surface is covered with a thin layer of water and becomes the world’s largest mirror. 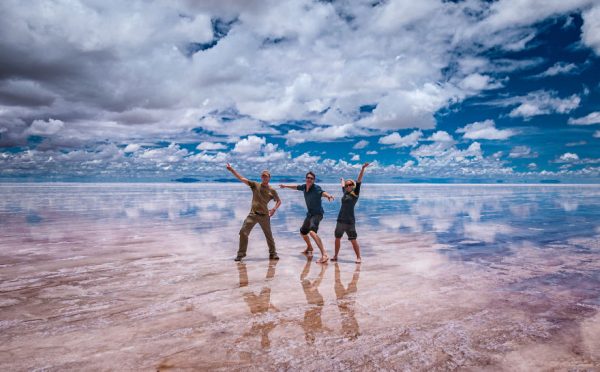 Table Mountain (that is, with a perfectly flat surface) Roraima rises above the sea for more than 2.5 kilometers. One of the most unusual places on Earth is located in Venezuela and such elevations like it do not exist anywhere. A large cloud is constantly hanging over Roraima. Sometimes it sinks to the ground, and then one peak rises above the snow-white clubs, strikingly resembling the stem of a ship that cuts through the white sea. It is a pity that it is impossible to see this beauty from the earth. 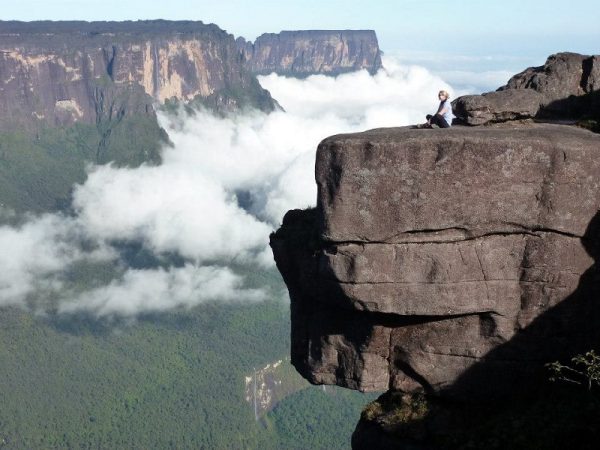 All of the listed most interesting and unusual places on Earth are very popular among tourists interested in rare natural phenomena..