The hair removal procedure arose a very long time ago. The first hair removal began to be done in Rome, Greece. Hair removal services were ordered only by wealthy citizens, as ordinary people could not afford such an expensive pleasure. 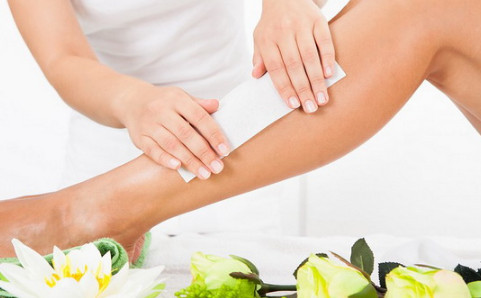 Since the time of Cleopatra and Nefertiti, the beauties of Egypt used wax to remove hair or plucked it with tweezers. For this there were servants who did this. It came from Egypt that the smoothness of female skin was considered a symbol of youth and purity. It is proved by historians that the first tool for hair removal was invented by the Queen of Egypt Nefertiti from honey, herbs, sugar and wax. The analogy to this tool today is shugaring. This tool quickly, painlessly and for a long time removes unwanted hairs on the body, and the skin remains smooth and silky for a long time..

A little later, wax strips appeared in Turkey. Also in Turkey, during the bath, there were special rooms for hair removal..

When the country was led by Catherine de Medici, hair removal became not so popular, and during the reign of Victoria it was completely illegal – she forbade the removal of body hair.

The revival of hair removal began in the twentieth century. Modern women can do hair removal at home. To do this, use modern epilators, razors. Therefore, there are various depilatory creams. But the effect of smooth skin does not last long and you need to shave more and more often, and the epilator is used less often and the effect of smooth skin remains for a long time.

When removing hair with a razor, there is no discomfort, if only to cut yourself, but very low efficiency compared to the device, since the epilator plucks the hairs along with the bulbs. Most epilators have a massage brush to distract a woman from discomfort..

Epilation has long been not only a female procedure. More and more men want to get rid of hair. Men, unlike women, need to undergo more procedures, moreover, the areas of hair growth are more extensive..

What is the difference between depilation and hair removal?

In principle, there are no differences. Both methods remove hair. Depilation is a temporary effect. Only the surface part of the hair is shaved. During hair removal, the hair bulb is destroyed. Hair removal is permanent, well, at least until a new bulb forms.

Today the hit is laser and enzymatic hair removal. Removing hair was almost painless. Everyone, regardless of gender, has every right to be attractive. Make yourself a rule every month to visit a beautician.

And do not forget how tormented it all began. Beauty she is, requires sacrifice!