It is hard to imagine a more comfortable and versatile hairstyle than a ponytail. And it’s not necessary just to tie your hair with an elastic band – it’s too boring! We have found for you 10 spectacular horse tail hairstyle ideas that are perfect for every day. To make a ponytail hairstyle, you will need 5 minutes of time, a styling spray, varnish and a comb. Getting down!

Everything is very simple: separate the strand from the forehead, braid the braid to the base of the tail, fluff it a little with your fingers, and then just fasten it with an elastic band. You can twist the tail a little bit on the curling iron, so that the hair seems more voluminous. 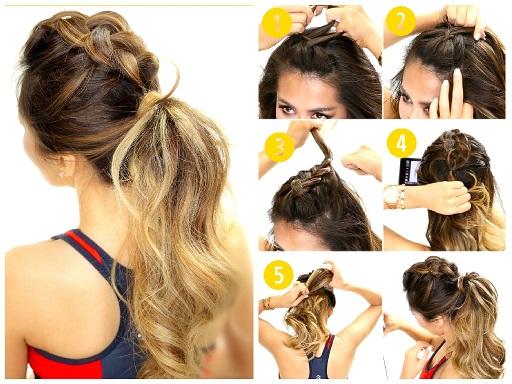 First you make a ponytail, then weave a braid out of it. To make it seem as voluminous as in the photo, you first need to flick the hair and sprinkle with varnish, and only then weave it – it should not be tight, but as free as possible. 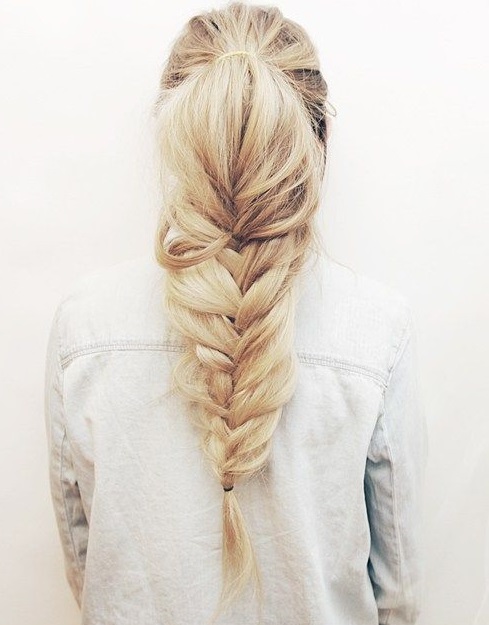 Very beautiful tail! On the side you braid a thin pigtail, and then collect it in a tail along with the entire mass of hair. To make the hairstyle look sloppy, gently brush the tail. 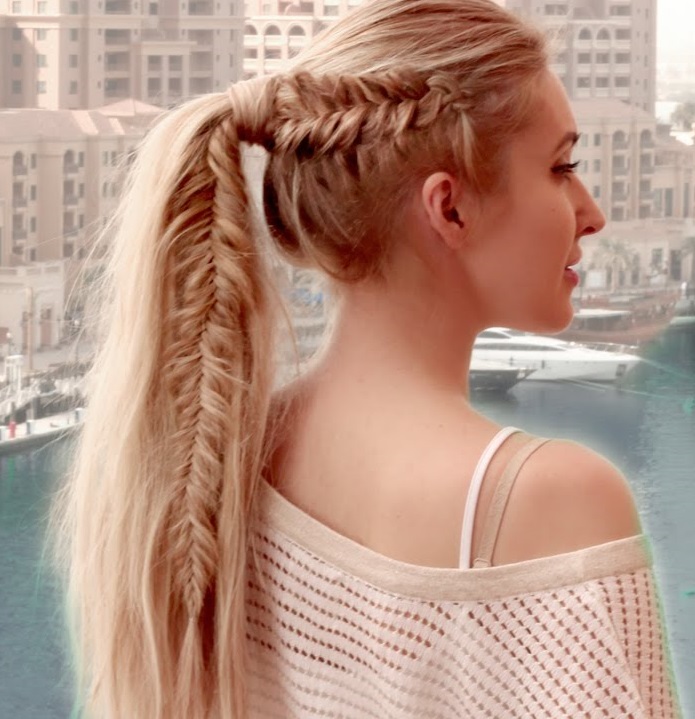 Going on a date? You can create a romantic image with just one thin ribbon. Make a high tail, fasten it with an elastic band and tie a ribbon in the form of a small flirty bow. 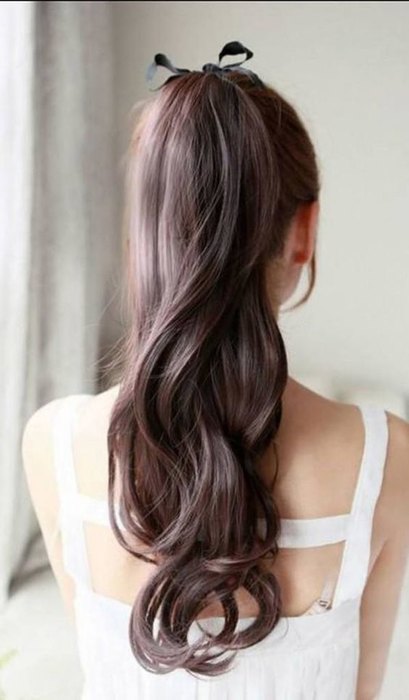 Horse tail in boho chic style. Unfortunately, the hairstyle looks beautiful only on long hair! If you have these, then you should definitely try. 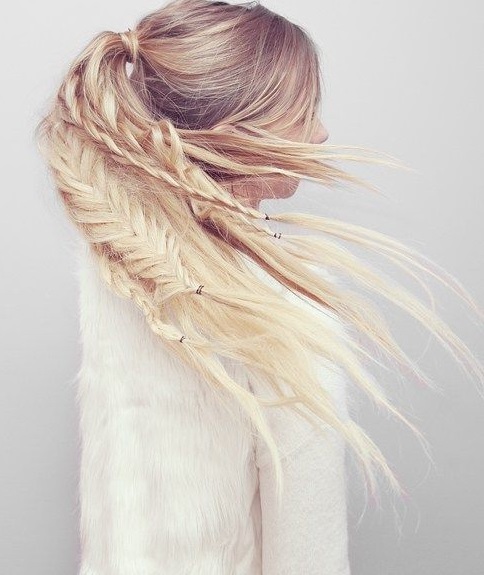 Ponytail hairstyle with voluminous pile on the back of the head

This hairstyle really liked Brigitte Bardot, and today Victoria Beckham wears it with pleasure. Before making a ponytail, you need to make a very voluminous pile on the back of the head, then you fix it all with an elastic. 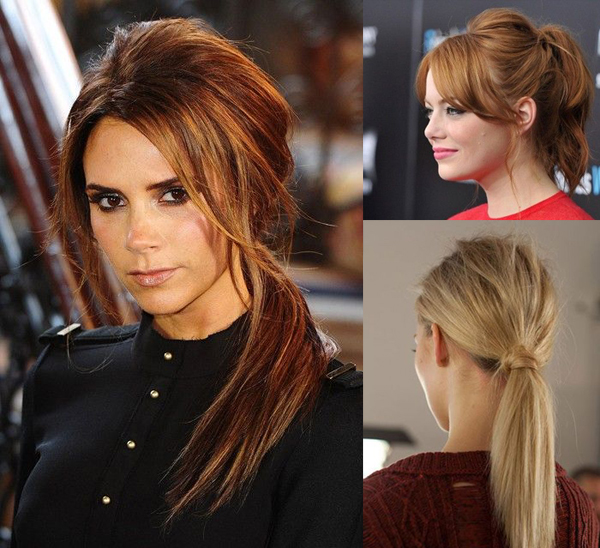 Laconic hairpin and sloppy low tail – a perfect hairstyle for every day, if you want to look stylish, but not too elegant. 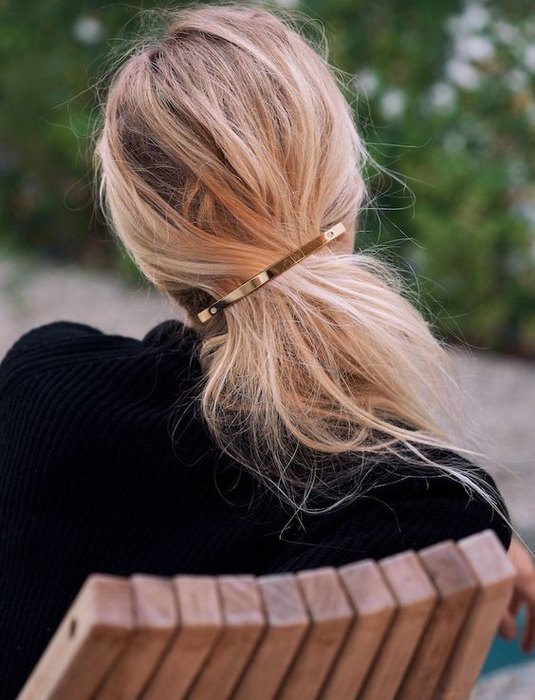 Braid a small pigtail at the very base of the tail, pull the hair with an elastic band. Then separate the thin strand and wrap the elastic around it so that it is not visible. 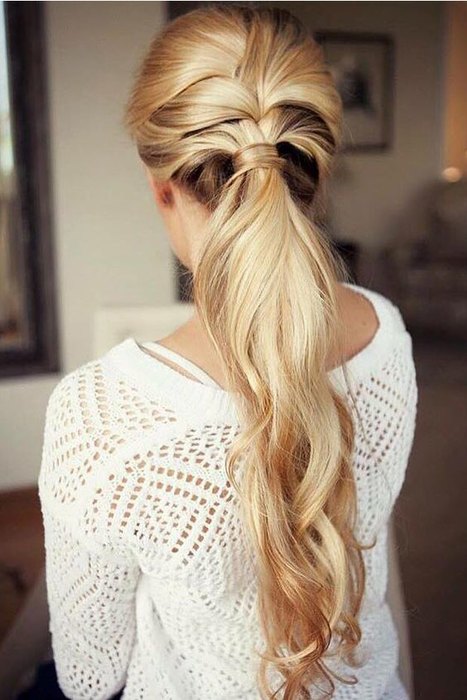 Another spectacular version of the ponytail is with a scythe underneath. Weaving should begin from the neck, at the very base of hair growth. The taller you make the tail, the better it will look! 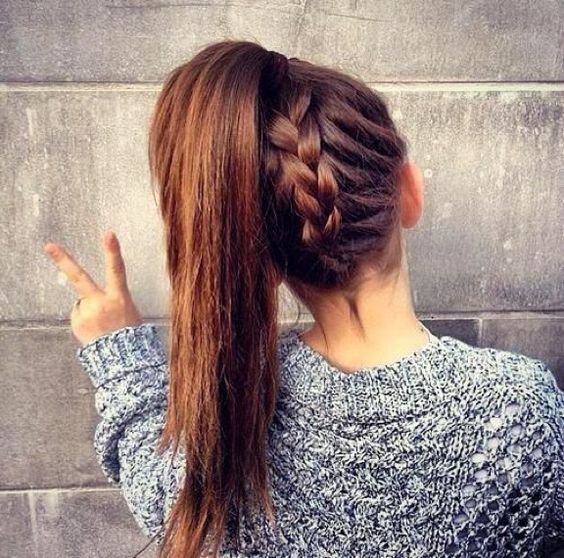 Separate the strands on the sides and randomly weave them together, securing them with invisible ones – this is exactly the case when the hairstyle can look as careless as possible. Then clip all this beauty into a low tail. Done! 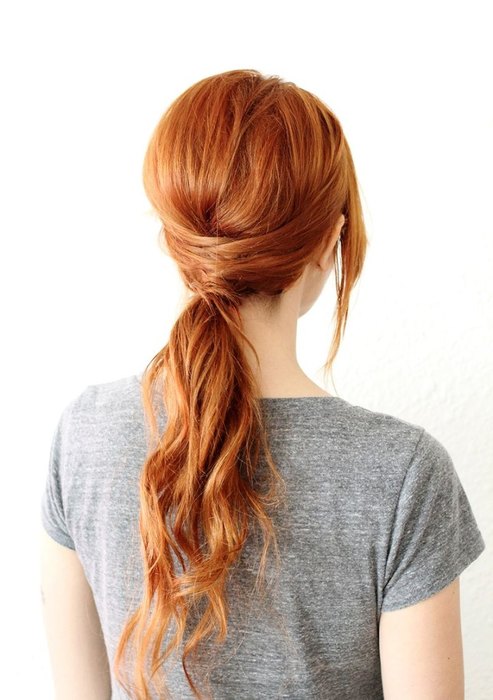