Fashion trends for men’s hairstyles do not change as often as women. At the same time, men’s fashion is no less interesting than women’s fashion. It requires attention and a special approach..

Given the current rhythm of life and employment of men, their hairstyles and image as a whole change, in accordance with the position, status, and hobbies. Shaved sides in a man’s hair – an attractive and modern option.

Men’s hairstyle with shaved sides – types that fit the style

A hairstyle with shaved sides is not for everyone. But those who can afford such diversity are lucky.

Hairstyles of this kind look good on men with round faces, with a square face shape, as they visually lengthen it. It is worthwhile to exclude this hairstyle for those who are tall and have a rather elongated face shape, otherwise, these haircuts can change the proportions of the whole image.

Shaved sides are not quite acceptable for status men and more mature. Also pay attention to the presence of scars and hair damage in areas where shaving is expected.

Most often, such haircuts are popular with young, energetic, athletic physique, men, including schoolchildren.

There are several main men’s haircuts, on the basis of which, using shaving of the lateral parts of the head, new ones are created, taking into account fashion trends.

Following the hairstyle, men most often use mousse, gel and wax for styling. These funds create the necessary volume, fixation and shape of hairstyles. Hairspray for hair styling, used much less often, but also not excluded from men’s fashion.

The latest fashion trends in men’s hairstyles with shaved sides can be called creativity, which is applicable to people of a young and energetic age – these are various patterns or geometric shapes created by a machine or trimmer.

The form and style of such options depends on the mood, scope and courage of a man. 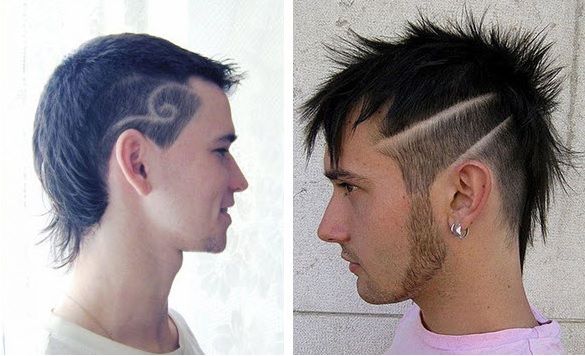 Basics and options for men’s hairstyles with shaved sides (photo)

Haircut “Military” is perhaps the simplest, most basic, and most popular. Imagine a soldier who has no time to monitor the condition of his hair. A minimum of time and money to create a hairstyle and styling it – this is the main advantage. The hairstyle is characterized by short hair all over the head. The sides and occipital part can be trimmed shorter than the upper part of the hair, but slightly. Caring for such a haircut is very simple – washed his hair, dried. If desired, you can add some “highlight” – to cover the hair after washing with hair gel. They will become tougher, and will not create the effect of “dandelion”.

The “Box” haircut is a base hair, the upper part of which is larger than the side and back, and this hair can be transformed into a “Half Box”, which allows you to more carefully shave the side of the head and leave a high upper part of the hair. Considering fashion trends, these hairstyles change and are supplemented by special curly “protrusions” and reliefs. The shaving machine forms a stylish contour that looks special. 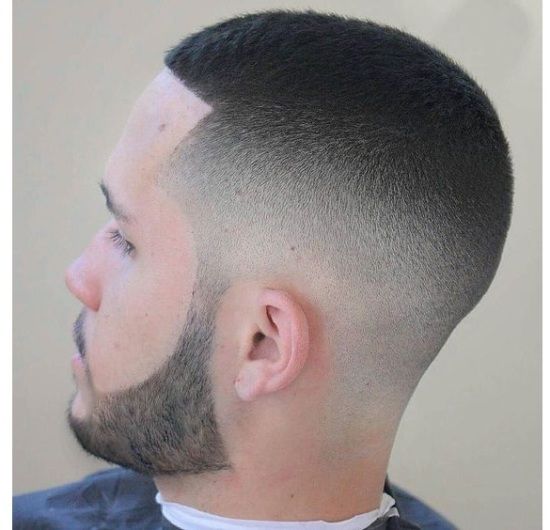 Undercut haircut differs radically shaved side and back parts, and a sharp transition to the crown of the longer part. Such a haircut is stacked with special means and can be applicable at any age, depending on the thickness of the nozzle for shaving the sides. 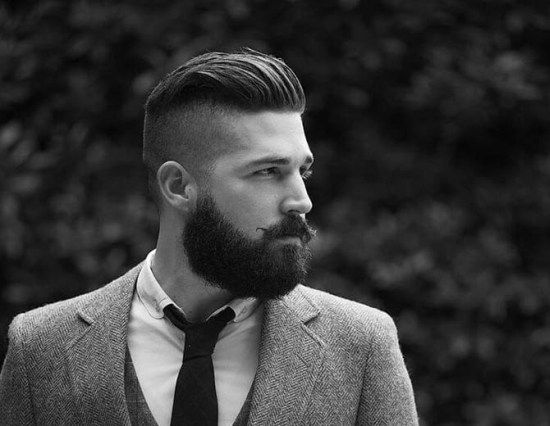 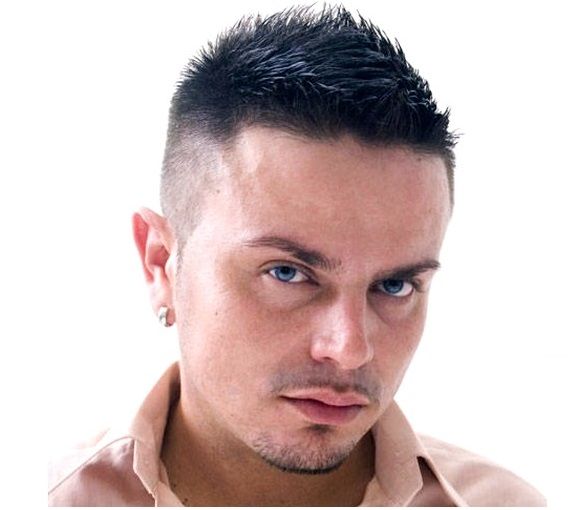 Haircut “Canada” implies soft transitions and smooth shaving (stepwise) of the side and back of the head. The bangs are laid back, possibly with styling wax. It can rise above the roots of the hair, creating the effect of the elevation of the wave. If the form requires better fixation, then hair spray is simply irreplaceable. 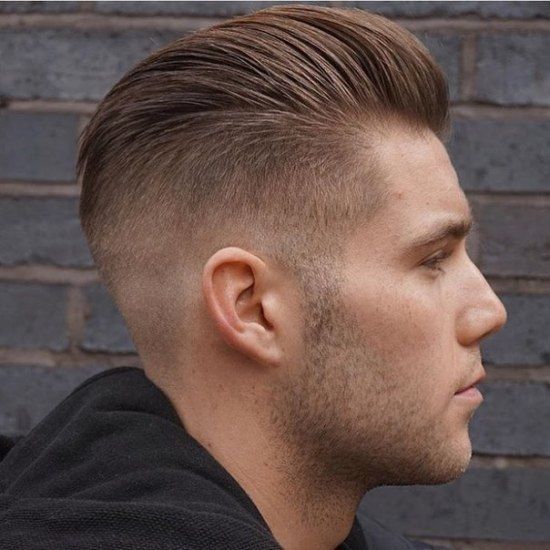 Haircut “British” is similar to the “Canada” smooth transitions. But its main difference is a long bang, which can fall to one side or be moderately elongated. Stacking products should fix the bang so that it is “one piece” and not crumble. 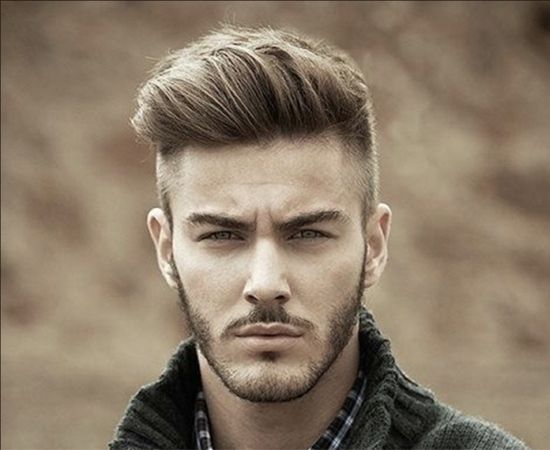 Increasingly, modern men tend to stand out from the crowd. Someone changes the style of clothing, and someone changes the hairstyle. The main haircuts listed above are easily transformed and applied in the everyday active life of every young person. Recently, some options and additions to the main styles have become especially popular: “Hitler Youth”, “Sagittarius”, “Voyage”, “Beaver”.

Each of these hairstyles, in its own way, is bold and unusual. Consider their options.

The Hitler Youth has become especially popular lately. The clean-shaven sides and long bangs, often laid to one side, say a lot about their owner – impudent, extraordinary, creative. Long strands of hair are laid on the top, using mousse or gel. You can add the effect of wet (wet hair). This will give the image extra energy.. 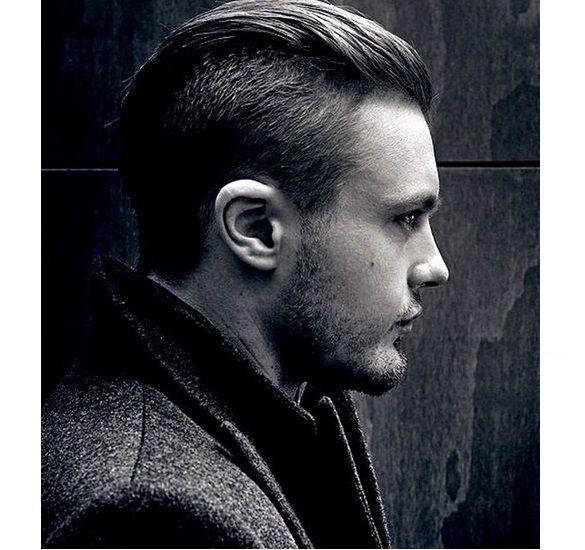 Hairstyle “Sagittarius” attracted the attention of men relatively recently. The shaved side parts of the head, combined with a long, bangs laid back, stand out especially revealingly because they are shaved with a trimmer. The boundaries of the transition of hair from short to long are very small, as they are cut almost under the roots of the hair. Very often, stylists offer an unusual approach in this option. The boundary line can be drawn along, at some distance.. 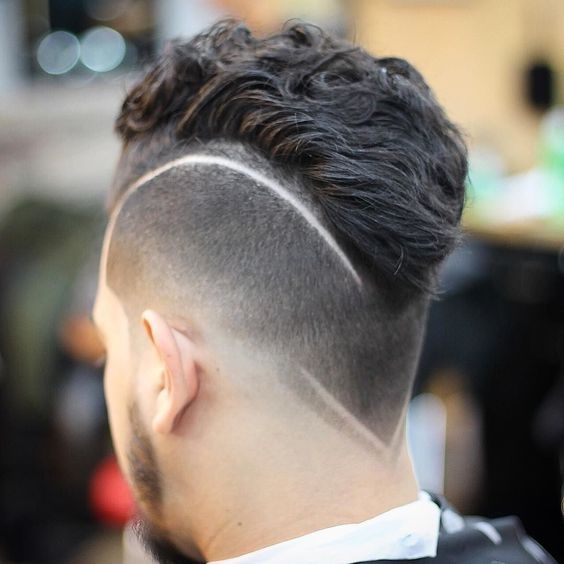 The Voyage option is no less relevant, because it is very similar to the previous one. Long hair is laid by special means on the opposite line from the allocation of the hairstyle. The border of the transition from short hair to long, stands out with a wider and sharper strip using a trimmer or razor. 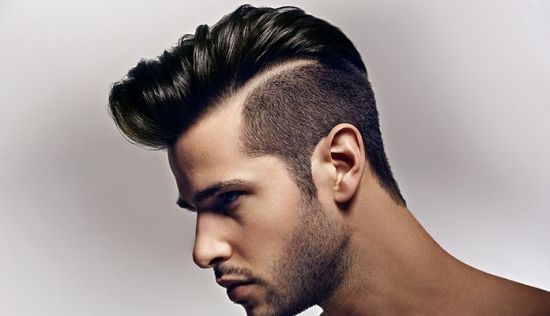 “Beaver” or “Beaver” is back in fashion. This haircut almost does not require styling, since its feature is in the correctly trimmed side parts of the head. The length of the upper part of the hair is not more than three centimeters. Unlike the Hedgehog, the Beaver haircut does not have clear and even borders between the side parts of the head and the top. When cutting the hair on the side, in the transition to the top, they are slightly rounded. It is necessary to pay attention to the fact that this hairstyle visually rounds the face. Which can be very relevant in some cases.. 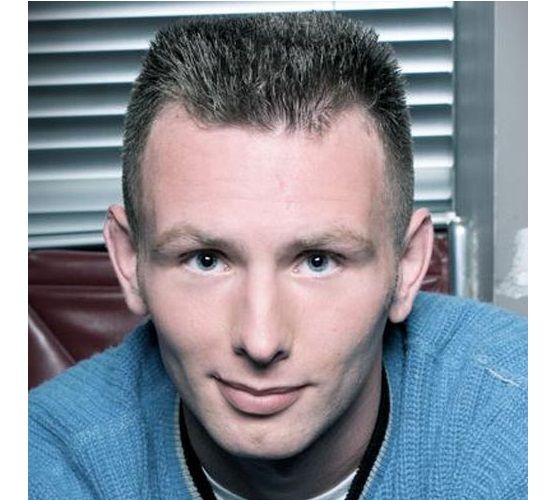