To cope with a difficult period in your personal life, your favorite work and communication with loved ones helps. Recently, for Cara Delevingne, her friendship with Taylor Swift, Lily Donaldson and Dakota Johnson has become a real salvation.

24-year-old super model is struggling with loneliness after a recent breakup with singer St. Vincent (Annie Clark), spending free evenings in the company of the same single friends. The other day, girls were noticed leaving late at night from a restaurant in New York. However, even surrounded by laughing friends, Cara Delevingne looked thoughtful and sad. The day before, the same company could be watched at a private concert of Kings of Leon. Having caught up with photographers, the celebrity tried to stay in the shadow of her friends and cover her face with her hands and hair. Apparently, friends are seriously concerned about the emotional state of Kara, trying to come up with her nightly entertainment program.. 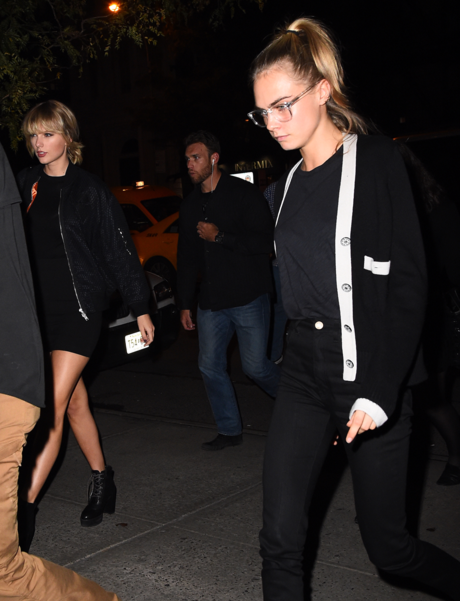 Cara Delevingne and her friend Annie Clark – broke up

In mid-summer, super model Cara Delevingne and her friend Annie Clark were busy planning the upcoming wedding, but already in early September the couple had a serious discord. 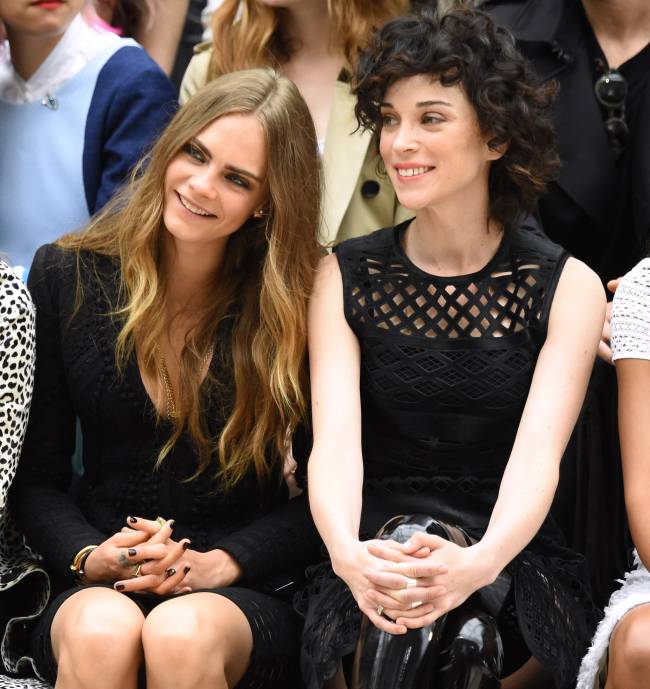 According to insiders, the reason for the breakup was a busy schedule and a banal lack of time for both celebrities. However, St. Vincent took quite a bit of time to forget the ex-sweetheart. The other day, Western media reported on the singer’s romance with actress Kristen Stewart.