Why should you come up with suitable frames yourself, and not rely on the imagination of the photographer? Because for some ideas, and just to make the photo session bright, you need several thoughtful outfits (at least 3), makeup and props. It is unlikely that the photographer will give you this. So, what can be realized with a girlfriend before the camera flashes?

Fun and creative ideas for a photo shoot 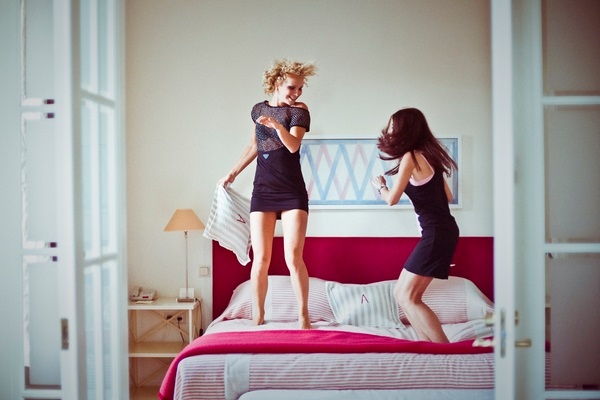 Therefore, run with a friend, sing, fool around, beat pillows, play toys, ride on a swing. And most importantly – laugh, get real pleasure from what is happening.

A bold idea for a photo shoot that only a very close friend can support can be shooting in the style of “Nude.” This does not mean that you should be completely naked. Pick up beautiful more tender underwear, corsets, stockings, heels. Frames in which girls in identical, but opposite in color corsets with stockings look very interesting. 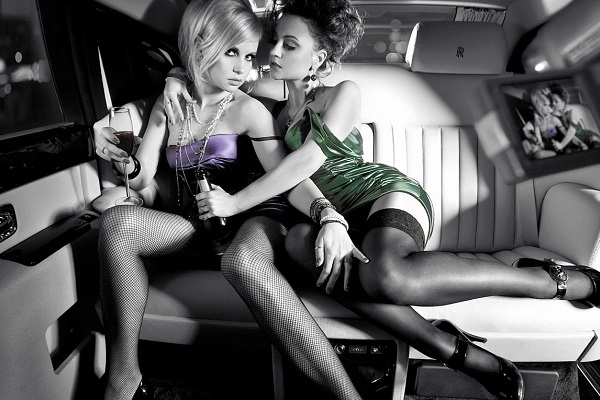 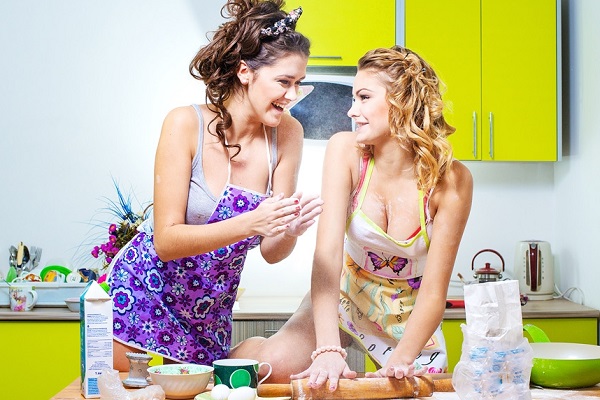 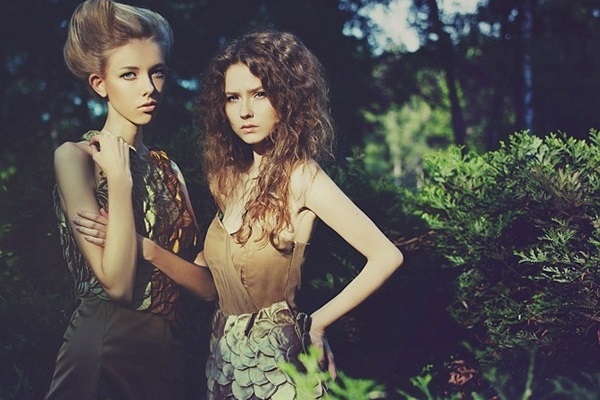 Such photographs look beautiful both in color and in black and white. You can start acting together with a girlfriend together, and then take each separately for memory or as a present to guys.

How about ideas for a photo shoot with a friend of “We’re in Old Age” girlfriend? Let it be only a couple of shots, but how fun then it will be to look at yourself when old age really comes. Moreover, it can be a kind of installation. For example, if you both want to be vigorous and cheerful friends of old women, sometimes drinking wine from tea mugs (so that grandfather did not see!), Realize this fantasy! At the same time, you should have the most serious look with hidden little devils in your eyes.

Try yourself in the image of housewives who like to cook deliciously. Go to the kitchen with a girlfriend, there you will find many ideas for a photo shoot.

Put on your aprons, remove the food from the refrigerator, sprinkle flour on the table and pretend that you are making a pie.

If you want to implement some kind of calm photo shoot with your girlfriend, then think about the idea of ​​“Forest Nymphs”. To do this, you will need long white shirts, wreaths and, possibly, candles.

Wandering through the woods, dancing in the first rays of dawn, throwing a wreath on the water – such shots always look beautiful.

Sew yourself flying long dresses made of airy fabrics, find some kind of a heaped pond or a hill that will not block high-rise buildings, and go there at dawn. It is advisable that the wind blow there. Ideas for posing during a photo shoot in this case, you and your girlfriend will appear themselves. Be prepared that most of the frames will be your silhouettes, but these will be really beautiful frames. And portraits can be made somewhere nearby in a clearing.

If you decide to hire a photographer for several hours, then make a reservation with him not only for joint shooting, but also for each individually. Such a break will only benefit, give time to rest and gain strength to implement the following ideas for your photo shoot with a girlfriend. Also, do not build any plans for this day. It’s better to drop in a cafe after shooting and share your impressions, and watch interesting films in the evening.