This article is devoted to the study of the basic elements of classical aerobics. It describes the technique for performing basic steps (with an expansion in a row), as well as their English names, which are sometimes so difficult to hear from the mouth of the coach. Once you master the basic steps in aerobics, you can safely move on to more complex choreography. 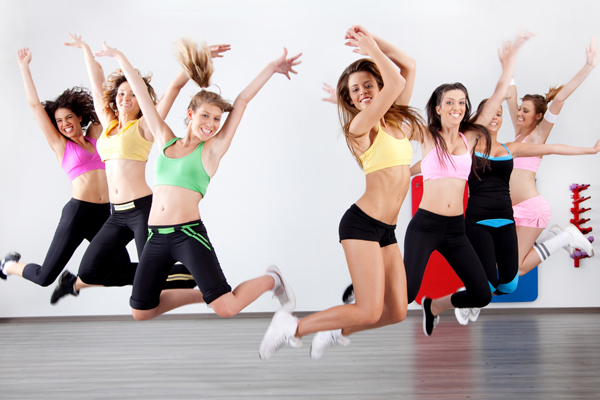 More complex choreography is formed from the basic movements.

The ancestor of classical aerobics is an American, Air Force Colonel and MD, Kenneth Cooper. It was he who first introduced the term “aerobics” in 1968 and published his first book of the same name. 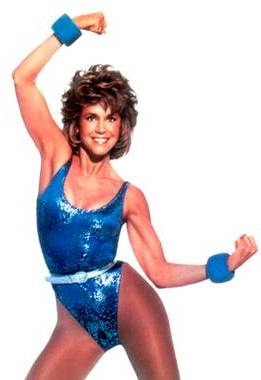 The spread of the ideas of Dr. Cooper, who worked mainly for the U.S. Air Force, owes the world a Hollywood actress and model Jane Fonda. In the late 70s, based on Cooper’s books, she developed a system of aerobic exercises performed to rhythmic music. Also, having published her findings, she released a series of video cassettes with simple and understandable instructions for everyone..

Now it’s hard to imagine a fitness club where at least 2-3 aerobic or “cardio” directions (basic aerobics, step aerobics, dance aerobics, aerobics with kick-boxing elements, etc.) would not be presented. All these areas were invented by processing and modifying the basic steps of classical aerobics..

All steps in classical aerobics are performed in time with the music in 2 or 4 counts. Bundles of steps of 8 (8 accounts is a musical phrase), 16 or 32 accounts (32 accounts is a musical square). A professional trainer must say the names of the steps aloud (gives verbal commands), and also shows some steps, their direction and number of gestures.

Basic movements in aerobics are the foundation for building more complex choreographic compositions. Aerobics can vary in degree of intensity of exercise, as well as in shock load on the joints.

Below I will provide descriptions of the classic basic steps of aerobics. In fact, there are much more variations of steps, but, of course, in order to learn to read, you first need to learn the alphabet. If this is your first time planning to attend an aerobics training, or just want to better understand the basics, this instruction is for you.

In aerobics, there are 2 types of steps:

All steps are performed on 2 or 4 accounts (music beat).

Steps without changing the leading leg

In parentheses indicate the number of accounts for which this step is performed..

This is a simple step in place. It is carried out on 4 accounts.

This step is a variation of the “march” step, with the leading leg carried forward first, then back.

The mambo step can also be performed in a diagonal direction. In this case:

This step is named so because of the similarity of the pattern that we walk on the floor with the Latin letter “V”.

This is the most difficult step for beginners without changing their legs. It is called “cross” because it involves crossing the legs..

This is an ordinary step. Steps into two accounts, as a rule (not always), are made at least two. Those. step one way and step the other way.

We go to the second step with the leg that the previous step completed.

These are two attached steps that are made in one direction (with one foot).

This is the so-called touch step..

Another option step step. This step has a so-called “broken” rhythm. It is necessary to make three movements in two counts. One – this is one account, “and-two” – this is the second account, on which you need to perform two faster movements.

The step at which in a certain direction a straight leg is taken out (done with a max leg).

The name of the step translates literally as “kick”.

This step is an overwhelming.

In other words, squat.

Variation of the “knee” step into 4 accounts.

Step with the poetic name “grape wine.” Performed based on the “double step-touch” step.

This is not a specific step, but a team urging you to repeat one step several times. So, for example, the phrase “Repeat 2 knee” means that you need to make the “knee” step two times in one direction two times. In the layout of the account, it will look like this:

* – these steps have the so-called “reverse steps.” Let me explain what this means. All steps marked with an asterisk in the layout for movements are first a step with one foot, and then some action with the other foot. So, for example, step-kiсk is a step-kick. In the case of reverse steps, these actions are reversed. Those. first a “kick” is made, and then a “step”. The reverse steps are called, respectively: “kick-step, curl-step, etc.”. The reverse steps are used infrequently by trainers, but nevertheless, one should not forget about their existence. The number of accounts to which the reverse step is performed is exactly the same as that of the direct step.

All of the above steps are basic in classical aerobics..

Aerobics is recommended in comfortable athletic shoes with a thick sole to compensate for the load on the joints and spine. Refrain from attending aerobics classes in Czechs, socks or slippers. 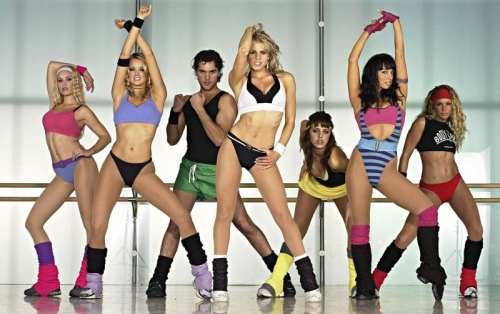 All movements in aerobics are based on basic steps and their modifications..

I hope that this information will help you master this fitness area and get even more pleasure from each lesson.!