Blogger Adam Ellis shared an easy way to make a face shield, and his followers literally squeal with delight. The fact is that in this instruction the guy demonstrated two of his talents at once. One of them is needlework, and the second became visible when he was photographed at full height..

Adam Ellis is a blogger and artist from Brooklyn, better known by his nickname Adam Tots. Most likely, you often come across comics about his alter ego: a bearded guy who often gets into awkward situations.

So, recently a comic book artist shared with Instagram subscribers a problem familiar to many men: wet swimming trunks sometimes show much more than they should) 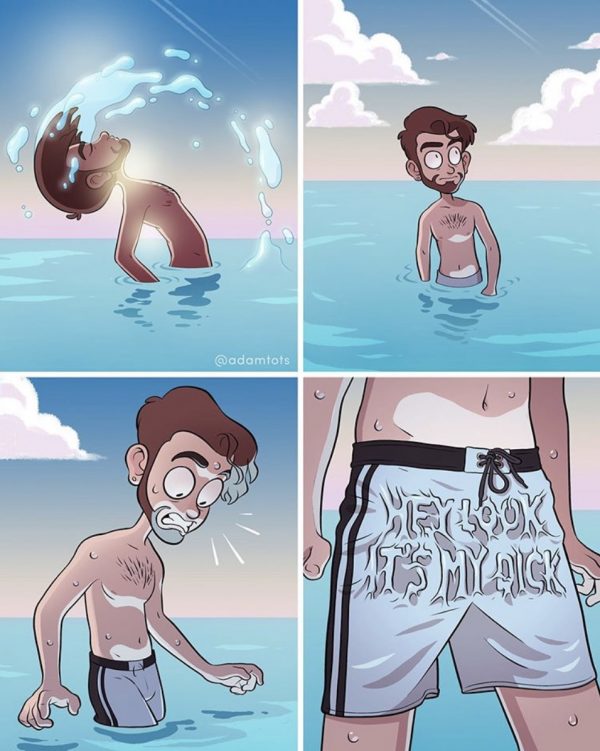 Many users saw the work of Adam, but not everyone knows what their author looks like. It turns out that in real life the artist is very similar to his character. 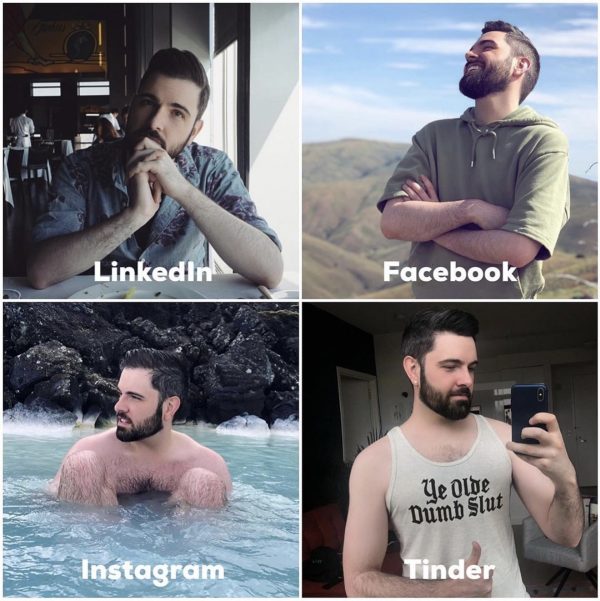 However, if a comic book hero often worries about his body, then Adam, as his subscribers recently found out, is definitely not shy.

On Wednesday, April 15, the guy posted a new post on the COVID-19 pandemic on his Twitter page. According to him, he found instructions on how to make a mask that protects against coronavirus, and immediately tested it in practice.

I saw an online tutorial about how to make masks from old clothes, so I cut up this old pair of shorts! I had to hand sew it, and it came out too small, but it’s not bad for a first try! What do you think?

The photo in which Adam shows off the fruits of his work caused a real stir. 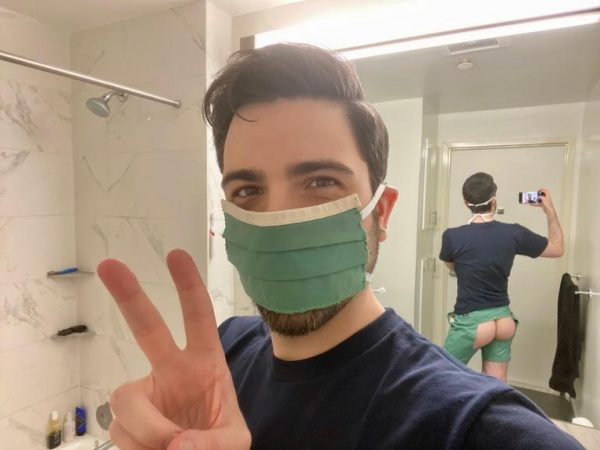 In less than a day, Adam’s tweet scored more than 400 thousand likes – and it’s not a matter of his ability to sew! 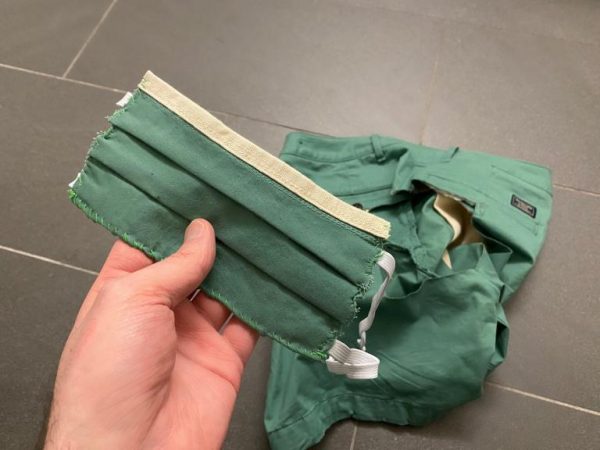 The photograph clearly shows which part of the shorts the comic book artist used to create the mask. And commentators praised Adam’s background!

I showed it to my mother, and she replied that the mask was great! I asked what else she saw in the photo, and after a couple of seconds of silence she said “my goodness” and left the room.

In addition, the photo of Adam was reminded to many subscribers by a famous meme. 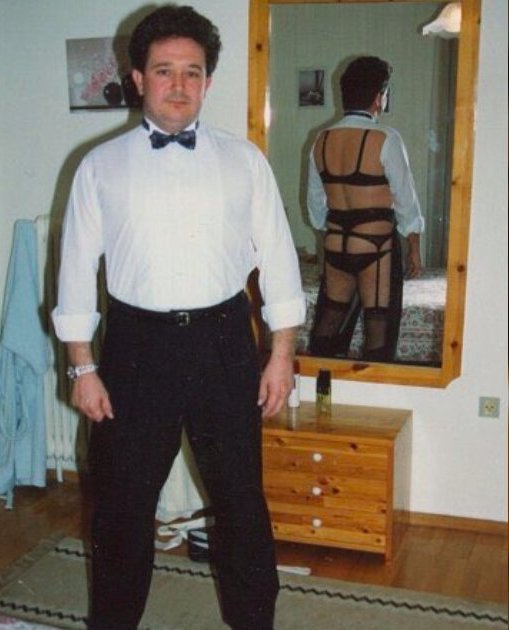 Take care of yourself and your family.