Both medications, many of which are dispensed in pharmacies without prescriptions at all, and other methods that can be called “folk” will help you quickly achieve a calming of the nervous system. The most effective of them we will consider below.

Do you feel that stress and anxiety become for you the main cause of poor quality of life? Have you developed chronic insomnia, relatives note increased irritability and aggression? In this case, take note of several effective techniques that allow you to quickly and efficiently relieve tension from the nervous system:

While the overwhelming majority of traditional “folk” medical methods are mercilessly criticized by modern doctors, and some of them do more harm than good, the use of infusions from some types of herbs is still recognized as a very effective way to calm the nervous system even by the professional medical community.

In any city pharmacy, you can find a huge number of soothing teas, in which herbs are the main ingredients. Ginseng, valerian, wormwood, mint leaf, chamomile – all these mixtures are boiled with boiling water, in addition to their useful qualities they are very tasty. In addition to them, pay attention to alcoholic tinctures based on calming the nervous system of plants – hawthorn, calendula, etc.. 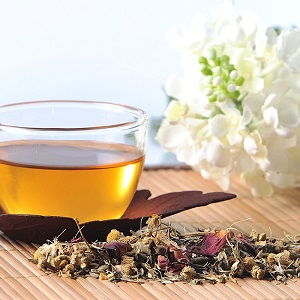 In addition to ingesting infusions and tea, try herbal therapy such as sleeping on herbal pillows. You can make such a pillow with your own hands, and it’s better to stuff it with something especially fragrant, such as lavender, mint, lemon balm.

If all the methods described, how to calm your own nervous system do not help you, think about visiting a doctor. Perhaps, in your particular case, you can’t do without taking special medications..