Cuba – an island-republic located between two American continents. This island is the largest of the Antilles. The area is 111 thousand square kilometers, while the length reaches 1,500 kilometers. 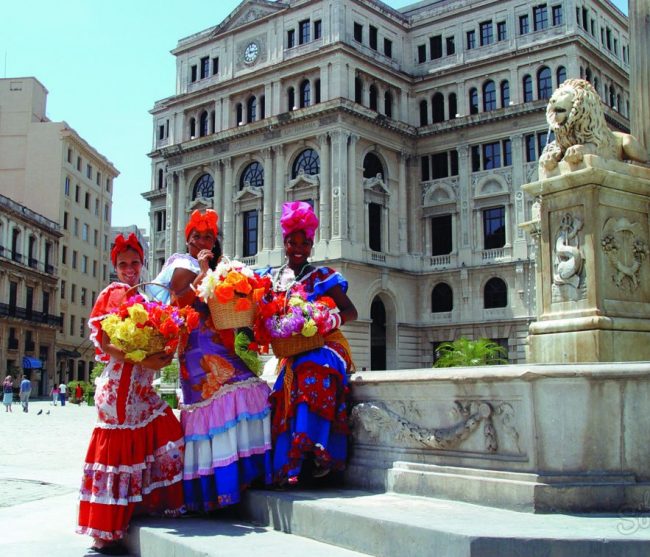 The washing of the northern part by the Strait of Florida and the southern Caribbean Sea created a unique landscape and nature. The entire coastal part is framed by deep bays and picturesque bays, as well as corals and reefs..

Cuba has two seasons: the period May-October is considered the rainy season, the period November-April is the dry season. But this is a conditional division, since the likelihood of tropical rain in March is quite possible, and in the summer months, dry weather is no exception.

A clouding factor that occurs in the fall is a hurricane. The period of their activity falls on October-November, while they are considered irregular.

Since 2005, the Cuban Peso has again become the official currency. It is important to know when exchanging US dollars in Cuba that you need to pay a 10% tax. In addition, the ban on currency exchange touched the euro, pound sterling and other.

Thanks to the agreement between the countries, citizens have the right to stay in Cuba for 30 days without applying for a visa.

At the border control, you will need to provide:

One copy of the immigration card is issued at the border control and upon departure.

An exception is a license to export jewelry and crocodile leather products. Such a license is issued by the seller of the store. Therefore, a cheap purchase on the market without a license will lead to a forced return of goods at customs control.

Havana is the capital of Cuba, which is located in the northwestern part of the island. Old Havana, carefully preserving the appearance of the colonial era, will reveal the buildings of the 15-17th centuries. Worth seeing is the Malecon seafront, Castillo del Morro fortress, forts, Cathedral of the Immaculate Conception. 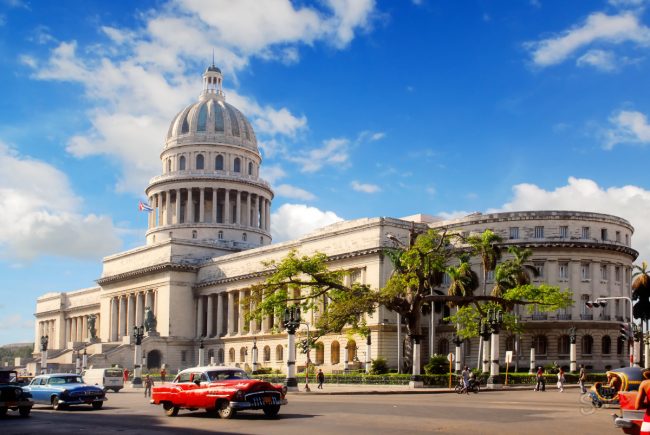 Varadero is the main tourist center. The beaches of this resort have earned the status of one of the best in the world. They attract tourists from all countries with their white sand and azure ocean water, stretching for twenty kilometers. The main attraction is the karst caves. Golf lovers will love Villa Dupont, where golf championships take place. 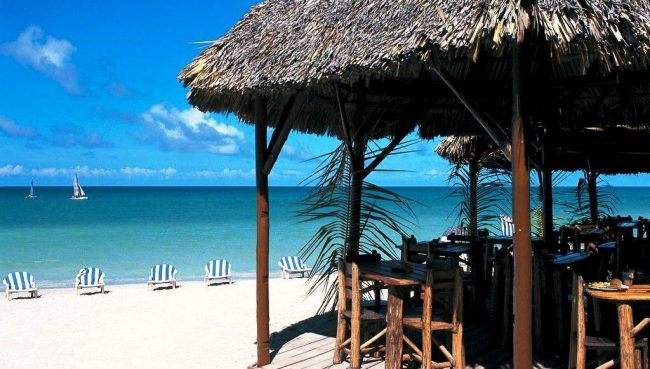 Holguin is considered the most populated province. The nature is so diverse that you can see the very top of Cuba and enjoy the beautiful beach, tasting the traditional Cuban beer. By the way, in Holguin is a manor, formerly owned by Fidel Castro. Here is the most beautiful beach in Cuba – Playa Esmeralda.

Santiago de Cuba has a great historical heritage, there is a huge selection of museums and exhibition halls. Sierra Maestra is a national park in which mountain ranges are located. Tourists will be pleased with the Carnival and the festival of Fire, which are celebrated in the summer with all its beauty and brightness. 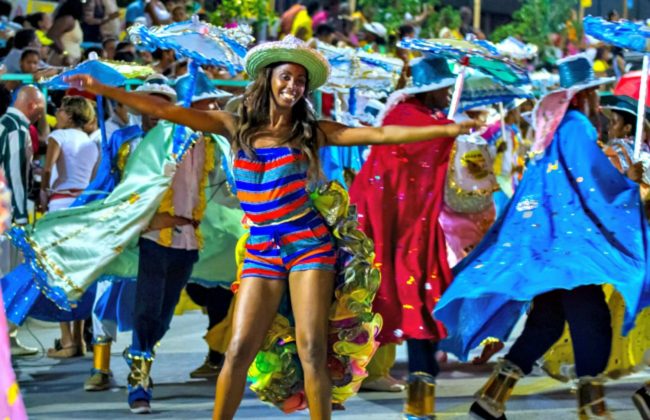 Cayo Coco is an island that is a nature reserve. Its sandy beaches stretch for 20 kilometers. It is connected with Cuba by a road of 27 kilometers, which is considered to be an excellent architectural structure. Los Flamencos Beach has become a habitat for flamingos that can be seen all year round. Loving couples or just solitude lovers will find the perfect place on Playa Prokhobida Beach, nicknamed “Forbidden Beach”. 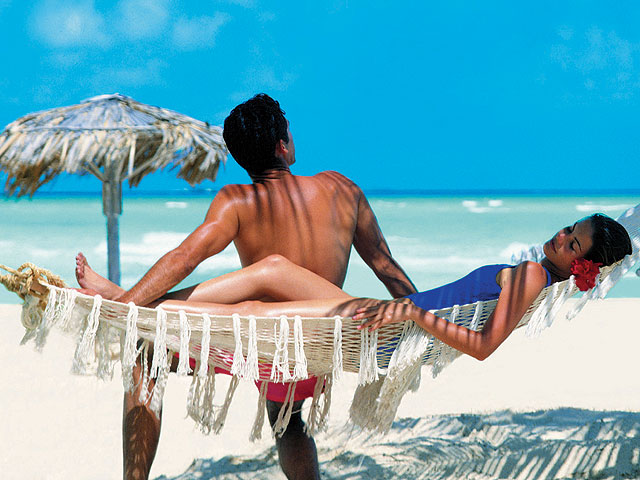 Cayo Guillermo Island is 90% uninhabited. Mangroves and palm groves bribe with their primeval nature, and birdsong and the finest sand of beaches conquer its guests.

National cuisine and food in Cuba

The main dishes of Cuban cuisine include rice with black beans and pork. On the island of Freedom, lobsters are popular, which you can try in any institution. Exotic lovers should try tortoise eggs, crocodile meat. 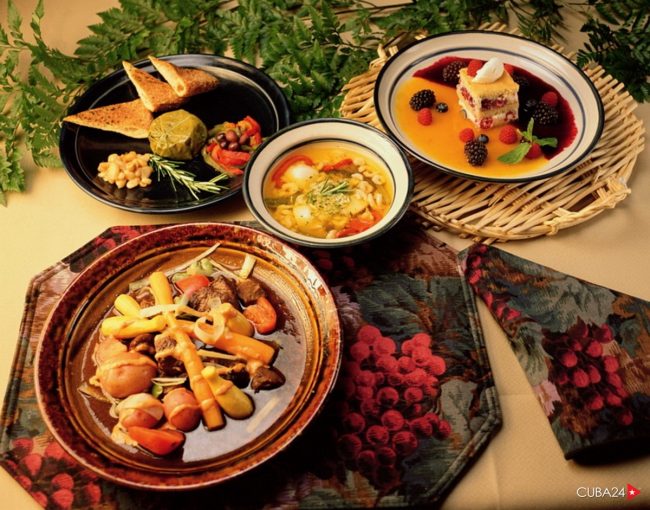 Be sure to try the “Creole Ahiko” – pork with vegetables.

Among the drinks, rum is popular, which is most of all cocktails. Coffee lovers will appreciate the tart taste and aroma of real Cuban coffee. 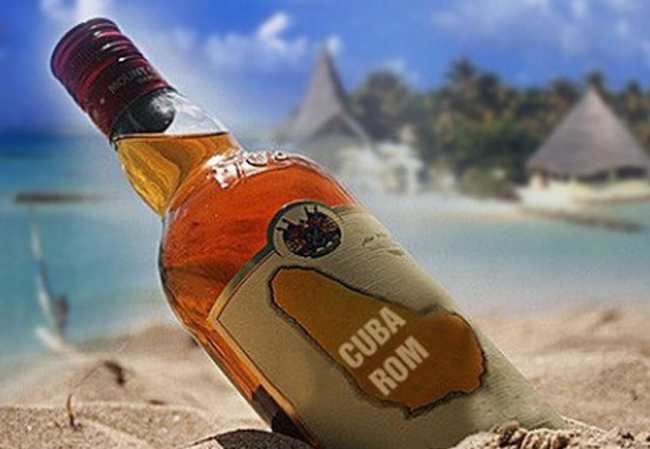 In stores at hotels and city retail stores you can buy various goods as a souvenir. Rum and cigars are especially popular. Also, as a souvenir, items from bamboo, shells, banana leaves and small oil paintings by local marinists are brought. Shops are open every day from 9 a.m. to 6 p.m., and only on Saturday until 12 p.m.. 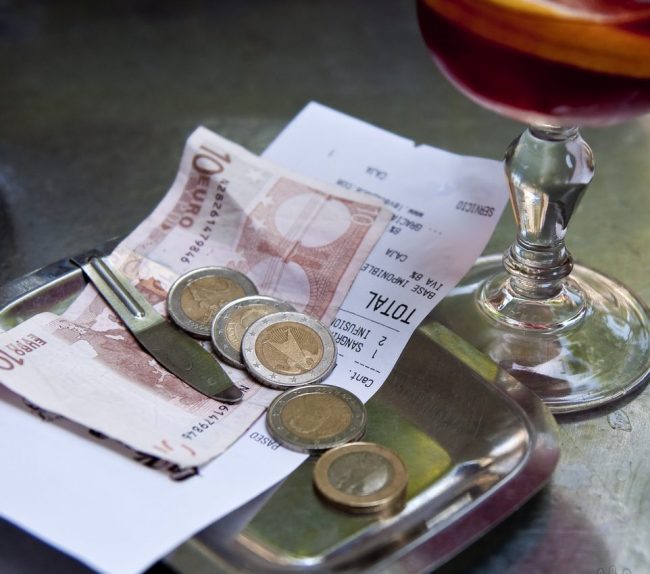 The most popular mode of transportation in Cuba is buses called “wa-wa”. The fare is 10 centavos. The bus stops every four blocks. If you need to leave early, you should inform the driver. There are also tourist buses for tourists, which cost 4 Cuban pesos. A ticket for such a bus gives tourists the right to travel an unlimited number of times during the day, making stops at any place they like. At rush hour it is better to refuse a bus trip and take a taxi.

A Cuban taxi costs 1 peso exclusively for Cubans, but it is extremely difficult to catch them. It is better to use the services of tourist taxis. Their cost is from 50 cents to $ 1 per 1 kilometer, while the cars are comfortable and have air conditioning.

3. “Panataxi” – Offers cheap services on Lada cars, but only in the capital of Cuba. 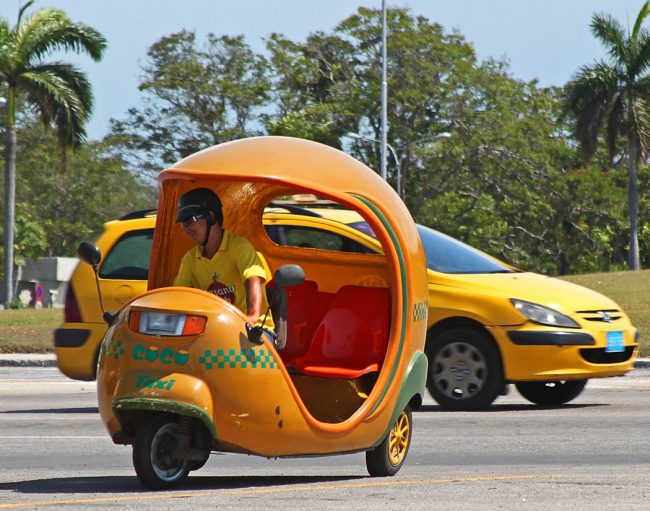 The Cuban railway belongs to state traffic, and its length is 5,219 kilometers. It serves up to 11 million passengers annually.

The train schedule is not constant. During the day, the departure time changes several times. And paradoxically, for foreign citizens, the fare is 20 times higher.

The car system is sufficiently developed. The length of the roads is 61 thousand kilometers, while only half of them are asphalted. The road structure has such a distinctive feature as the lack of road signs. If you plan to travel by car, you must have an initial knowledge of Spanish or a detailed map.

The best way to get to know Freedom Island is by car. Rental offices are located in all major cities and every tourist center. To rent a car you need:

Here is a wide selection of cars from retro to modern models. When renting a car, an agreement is concluded in which all defects on the car are specified. 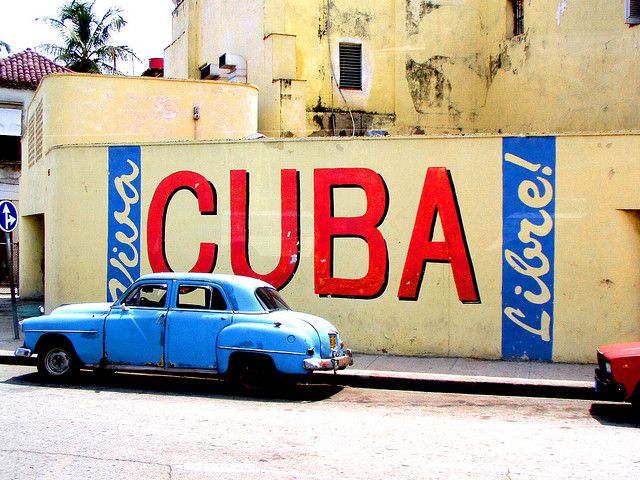 The cost of gasoline in Havana is about 1-1.2 $, on the periphery it is much cheaper. A pleasant moment is the number of a tourist car. It is brown in color and gives a number of advantages to the owner: travel in closed sections of the tunnel, parking in forbidden places, police condescension.

What is not recommended to do in Cuba

When planning a trip to Liberty Island, you should study the features of communication and some rules:

2. Jewelry and documents must be stored in a safe;

3. a categorical ban on photos of military and military equipment;

4. The local population must not be given small money, except for purchases – bribes are punishable by law.

Cuba is famous for world hotels, which are mostly Spanish. There are many 4 and 5 star hotels located on the coast. The service operates on an all-inclusive basis with local drinks. Almost all hotels are located on the first line to the sea. The beaches have sunbeds and umbrellas, provided free of charge. The rooms at these hotels are equipped with TV, air conditioning, a safe and a private bathroom. In the rooms, the mains voltage is 110 volts, as well as flat sockets, so you need to bring an adapter with you. In addition to 4 and 5 star hotels, Cuba has more economical options – 3 star hotels. 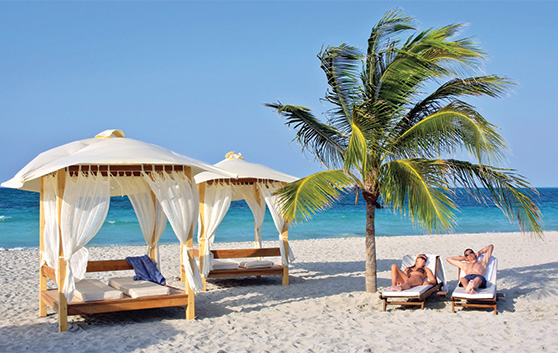 Cuban diving impresses with the beauties of the underwater world. Due to the abundance of islands and coral reefs, a variety of flora and fauna will please even experienced divers. Nature has formed a gigantic barrier that protects divers from strong currents. Favorable conditions for diving are available all year round, thanks to the warm sea water at 24 degrees. Plunging into the world of underwater beauties, rare gaze of marine open spaces appears. This Caribbean area is included in nature conservation areas.. 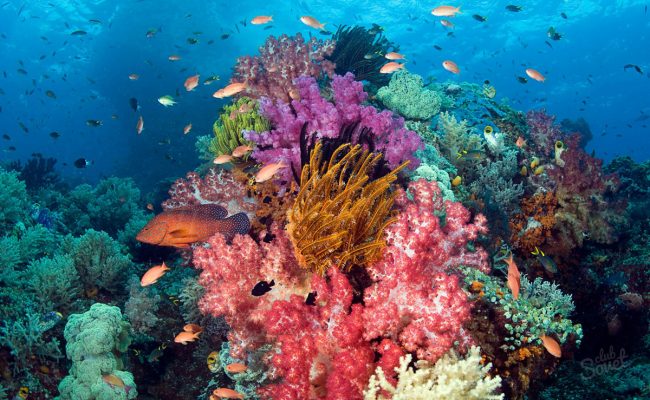 At least once stepping onto the land of Liberty Island, a sense of celebration and a sea of ​​bliss will remain forever. And, even if everything is known, you will want to return to the fabulous Cuba again and again.