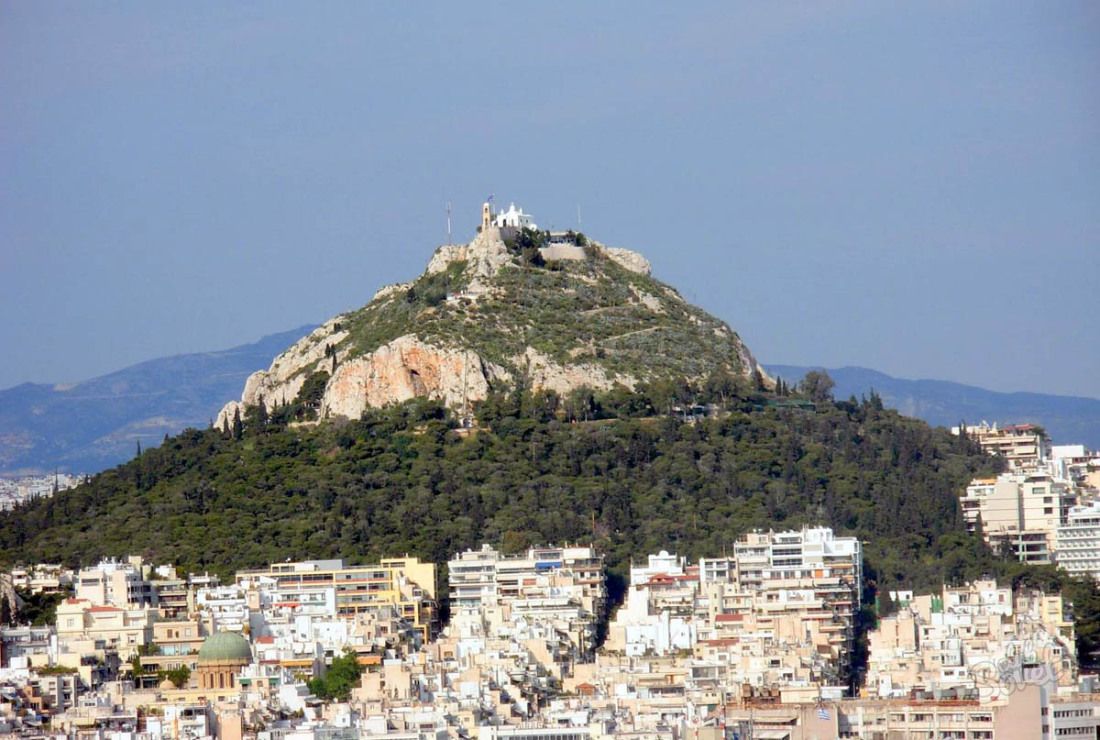 Where to go in Greece

You can go sightseeing in Greece for more than one week, and if you dig deeper – more than one year. After all, one of the most powerful ancient cultures was born and developed here, giving so much to modernity. No wonder the proverb is known that in Greece there is everything.

To begin the tour of antiquities and acquaintance with Greek traditions is from Athens, which still retained the status of the capital city. The heart of Athens is the ancient Acropolis and the museum on its territory, recognized as part of the UNESCO World Heritage Site. Interestingly, the Parthenon – the main temple of Athens and the whole of Attica – at different times was rebuilt by the invaders for their religious needs, was the temple of the Virgin, a mosque and even the harem of the Sultan. 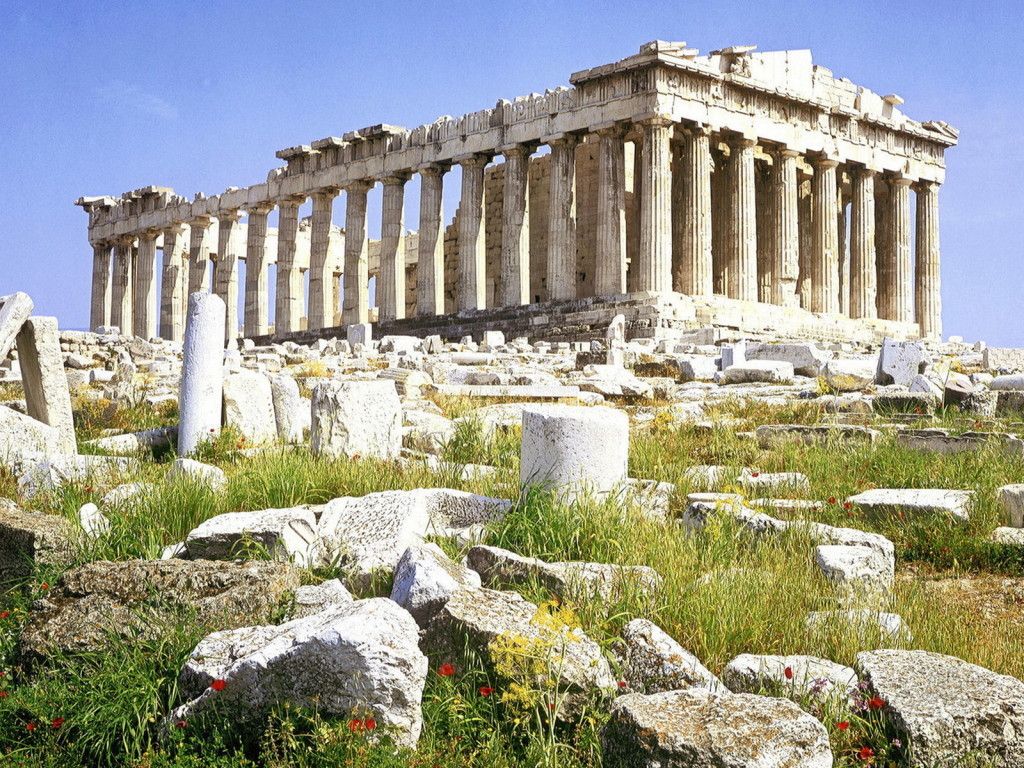 In ancient times – the abode of the gods, and now – a national park and the highest mountain range in Greece. 23 unique species of plants and many rare animals live here. For the first time, the highest point of Olympus was climbed by climbers in 1913. If you look at Stephanie Peak from a certain angle, it resembles a giant throne. 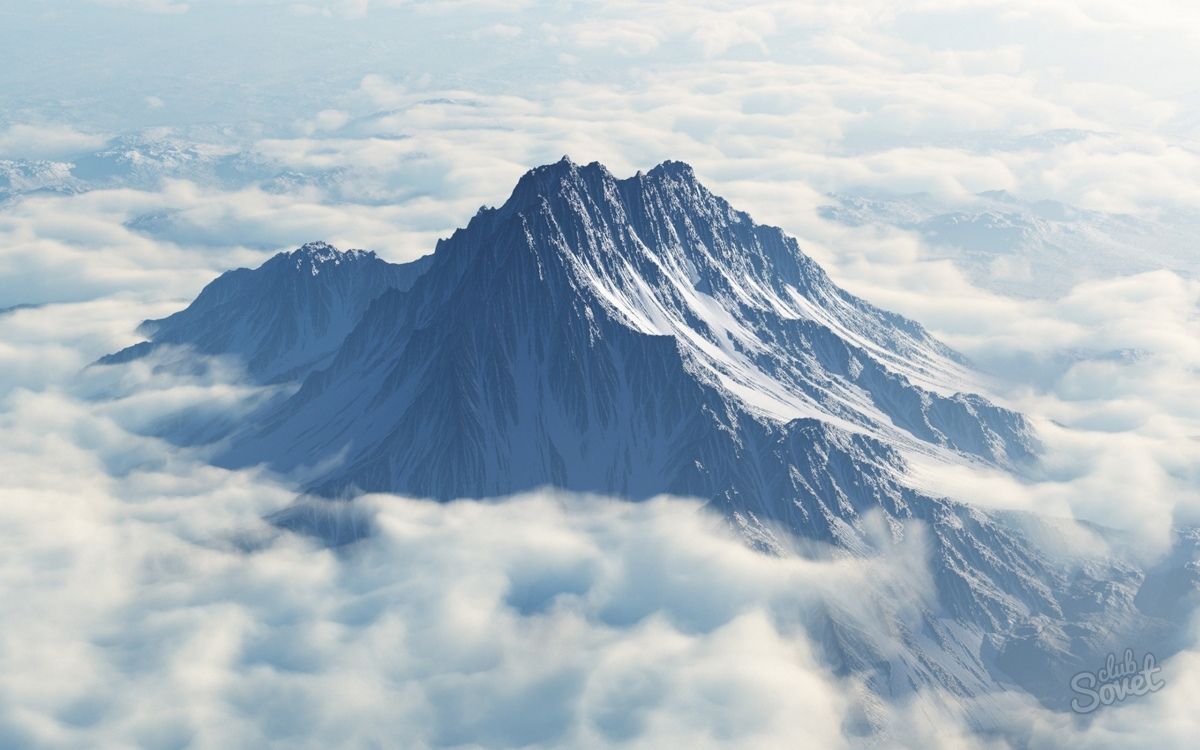 One of the recognized wonders of Greece, the greatest religious object of antiquity in the whole country. According to legend, once in its place, Deucalion, the mythical forefather of mankind, communicated with the gods. The temple was built (and dismantled) by various kings for 650 years. The Roman emperor Sulla took some design details from him in order to erect a similar structure in Rome. Earlier in the temple was one of the wonders of the ancient world – a statue of Olympian Zeus, which has not survived to this day.. 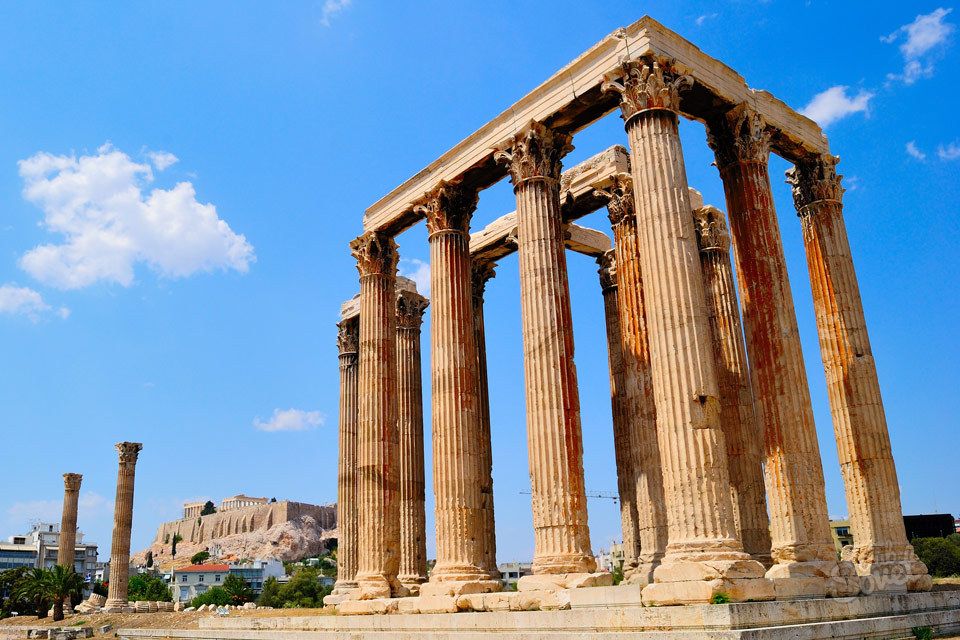 4
Labyrinth of the Minotaur

A completely original culture developed in ancient times on the island of Crete. Here you should definitely look at the Knossos Palace of King Minos, better known as the Labyrinth of the Minotaur. Legend has it that the ugly son of the ruler, born with the head of a bull, was hidden in the palace. Numerous thematic frescoes and secret signs that archaeologists cannot decipher are still preserved on the walls.. 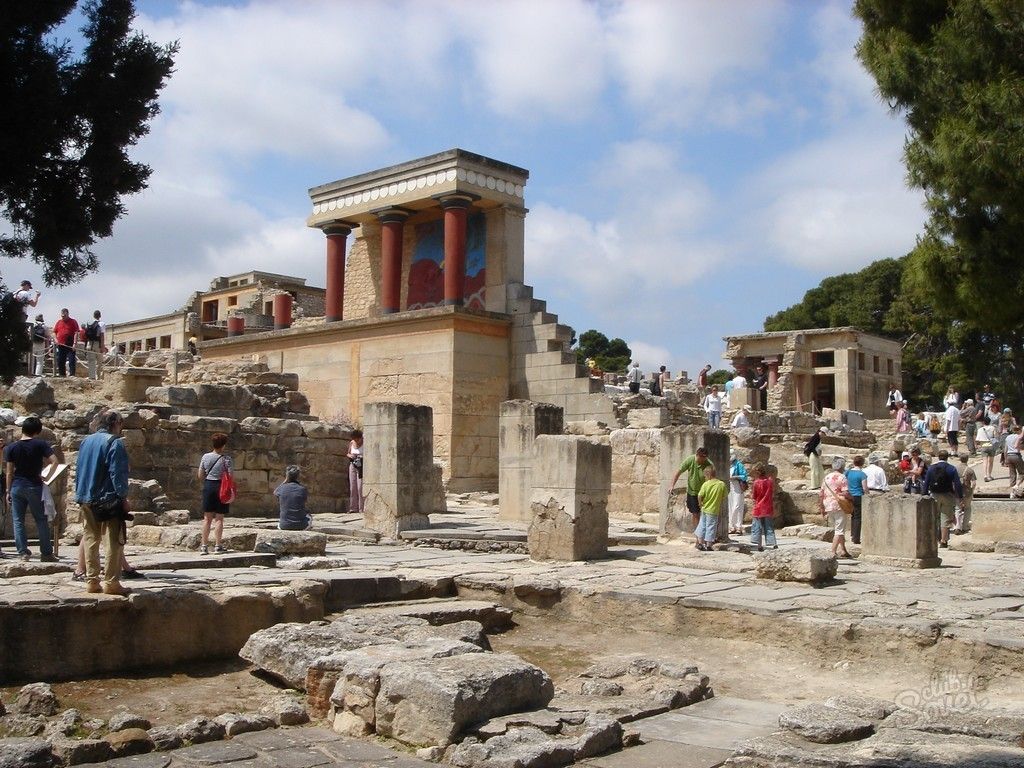 Rhodes – another excellent Greek resort, boasts a knight’s castle (actually the Rhodes fortress) of the 14th century and numerous traces of the presence of the defenders of the Holy Sepulcher. Here, the crusaders for more than 200 years restrained the attacks of Muslims and were subjugated only by Suleiman the Great. The fortress is also called “Castello” or “Palace of the Grand Masters.” Its foundation was laid on the site of the destroyed temple to the Greek god Helios. 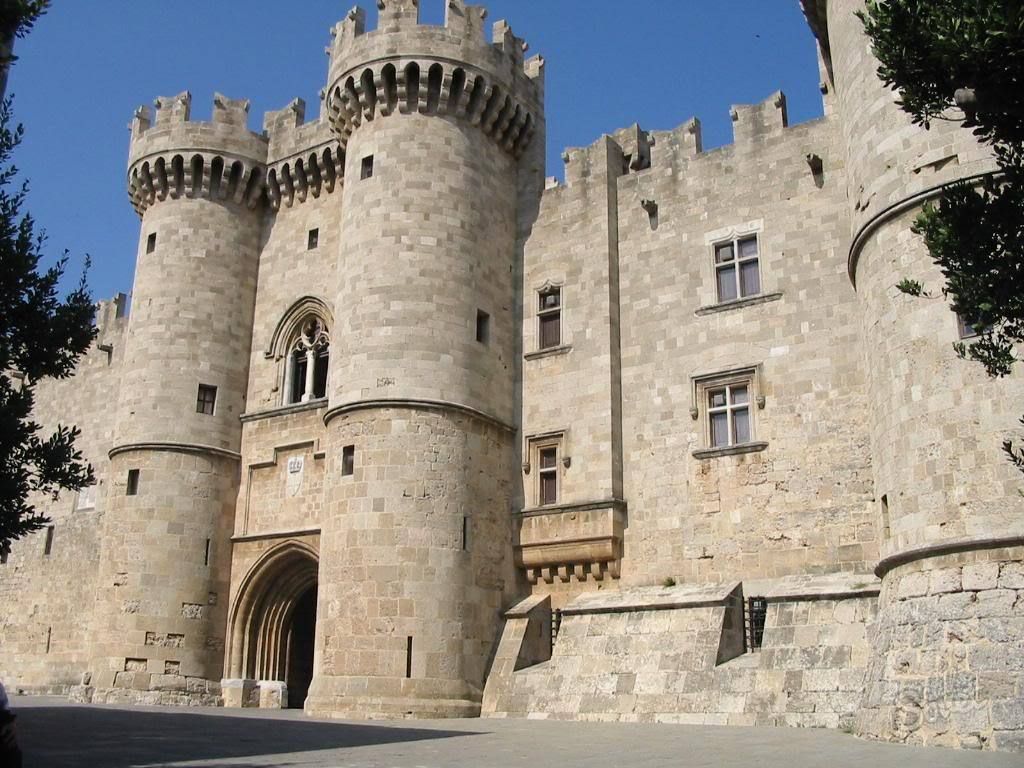 Dikteyskaya cave or the monastery of Zeus, located on about. Crete, according to legend, is the birthplace of the head of the ancient Greek pantheon. Bizarre stalactites and stalagmites create columns of unusual beauty in it, and a crystal clear lake awaits inside visitors. Excavations were carried out here in the 19th century, as a result of which altars and figurines dedicated to Zeus were extracted. 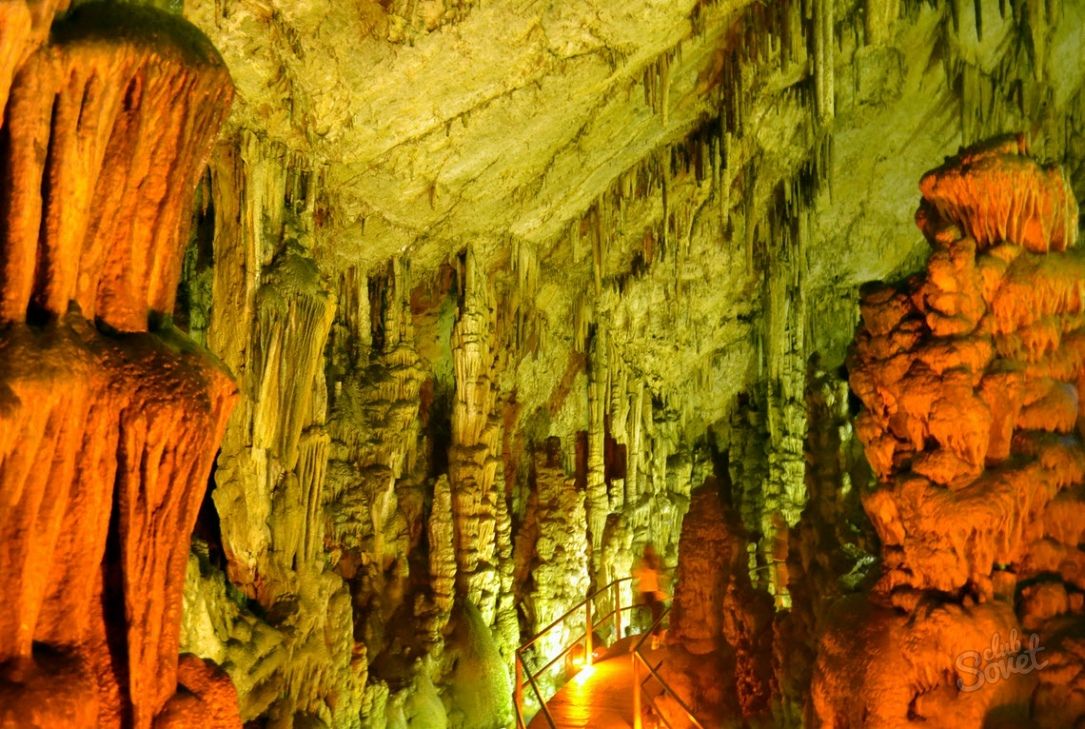 In the north of Greece, in the mountains of Thessaly, travelers will find another cult place – Meteora monasteries. Six massive rocks support six monasteries, erected at different times by Christian hermits. Only at the beginning of the 20th century tourist routes were laid to them. Previously, there were more buildings here, but only the most iconic ones remained: Not tired of excursions and want more? Then be sure to stop by the island of Elafonissi with its wonderful pink sand, climb Mount Athos, admire the Golden Delphi or numerous museums of antiquities.