There are many misconceptions about teenage depression. In adolescence, many children are quite aggressive, it is difficult to communicate with them, they are rebellious and want to be independent. Teens often have mood swings and are sad. But depression is something else. Depression can destroy the very essence of a teenager’s personality, causing an irresistible feeling of sadness, despair or anger.

The frequency of teenage depression is increasing worldwide, and we are becoming more aware of this by looking at our children or their friends. Depression strikes the psyche of a teenager much more often than most people think. Although teenage depression responds very well to treatment, experts say that only in one out of five cases of depression do teenagers get help.

Unlike adults, who have the opportunity to seek help on their own, adolescents usually have to rely on parents, teachers and educators to state the very fact of depression and receive the necessary treatment.

Adolescents face many cases of pressure from adults, ranging from school grades to mom and dad control. And at this time, a hormonal storm passes in their body, which makes the psyche of the teenager even more vulnerable and fragile than before. In adolescence, children begin to fiercely uphold their independence. For them, it is drama that an adult only smiles sadly. Since adults are used to seeing adolescents often in a disturbed state, it is not always easy for them to distinguish between depression and the moods and mood swings inherent in adolescents. If you notice these symptoms in a teenager, he is likely to be depressed. 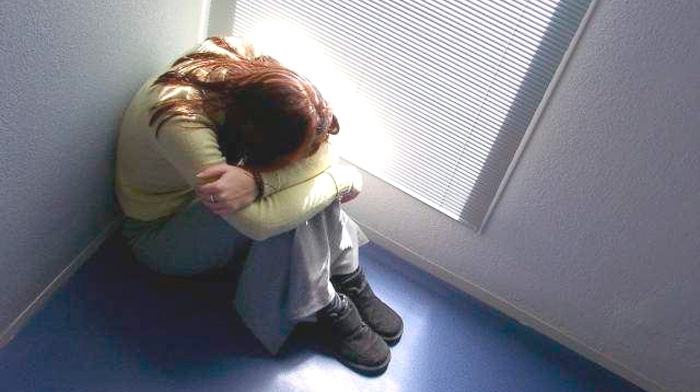 Sadness or hopelessness for a long time

Giving up friends and family

Loss of interest in any activity

Loss of appetite and poor sleep

Lack of enthusiasm and motivation

Fatigue or lack of energy

If you are not sure that the teenager is depressed, consult a psychologist with him.

What depression can lead to

The negative effects of teenage depression go far beyond the melancholy mood. Many cases of unhealthy behavior or aggressive behavior in adolescents are actually signs of depression. Below are some ways that teens are able to show adults that they are depressed. They act so not out of harm, but in an attempt to cope with emotional pain.

Problems at school. Depression can lead to energy loss and difficulty concentrating. At school, this can lead to poor attendance, quarrels in the classroom or disappointment in school activities, even for those children who previously did very well.

Escape from home. Many depressed teens run away from home or start talking about running away. Such attempts are a cry for help.

Drugs and alcohol abuse. Teenagers may use alcohol or drugs in an attempt to “self-treat” depression. Unfortunately, these methods lead to irreparable consequences..

Low self-esteem. Depression can provoke and reinforce the feeling of helplessness, shame, give a sense of meaninglessness of life.

Internet addiction. Teenagers can go online to get away from their problems. But overuse of the computer only enhances their isolation and makes them more depressed.

Desperate, reckless behavior. Depressed teenagers can engage in dangerous operations – for example, rob a passerby on the street or run a desperate risk.

Some depressed teens are usually boys who become victims of aggression themselves become aggressive. Self-hatred and the desire to die can develop into violence and rage towards others. 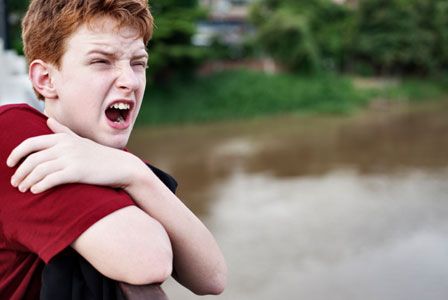 The problem of depression needs to be addressed, and the sooner the better. It is very important that the teenager shares his problems with you. A teenager may not want to tell them. He may be ashamed, he may be afraid to be misunderstood. It is also very difficult for depressed teens to express how they feel..

Depression is very destructive for the fragile psyche of a teenager, if left untreated, stress will further aggravate the condition of the child. Seek professional help.

Be prepared to give your doctor information about your child’s depression symptoms, including their duration, how they affect your child’s daily activities, and all the symptoms that bother you. You should also tell your doctor about relatives who have suffered from depression or any other mental disorder..