Inexplicable fear, tension, anxiety for no reason periodically arise in many people. An explanation of causeless anxiety may be chronic fatigue, persistent stress, previous illnesses or progressive diseases. At the same time, a person feels that he is in danger, but does not understand what is happening to him.

Why there is anxiety in the soul for no reason

A sense of anxiety and danger are not always pathological mental conditions. Every adult at least once experienced nervous excitement and anxiety in a situation where they could not cope with the problem or in anticipation of a difficult conversation. After resolving such issues, the sense of anxiety passes. But pathological causeless fear appears independently of external stimuli, it is not caused by real problems, but arises on its own.

An alarming state overwhelms for no reason when a person gives freedom to his own imagination: as a rule, he paints the most terrible pictures. At these moments, a person feels his helplessness, is emotionally and physically exhausted, in this regard, health can be shaken, and the individual will become ill.

Depending on the symptoms (signs), there are several mental pathologies that are characterized by increased anxiety. 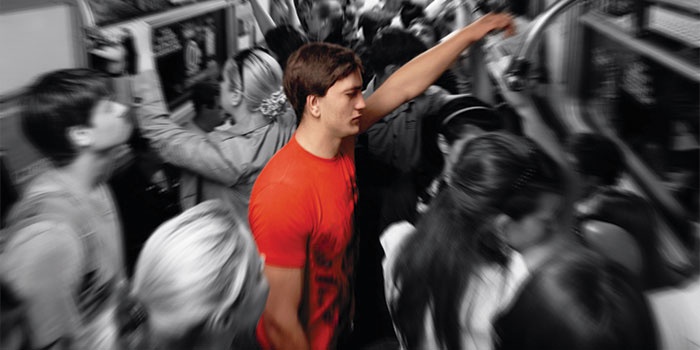 A panic attack usually catches a person in a crowded place (public transport, institution building, large store). There are no visible reasons for the occurrence of this condition, since at this moment nothing threatens human life or health. The average age of those suffering from a sense of anxiety for no reason is 20-30 years. Statistics show that women are often unjustifiably panicked.

A possible cause of unwarranted anxiety, according to doctors, may be a person’s prolonged exposure to a situation of traumatic nature, but one-time severe stressful situations are not excluded. A great influence on the predisposition to panic attacks is exerted by heredity, a person’s temperament, his personality traits and the balance of hormones. In addition, anxiety and fear for no reason are often manifested against the background of diseases of the internal organs of a person. Features of a feeling of panic:

The following most common signs of a panic attack are distinguished: 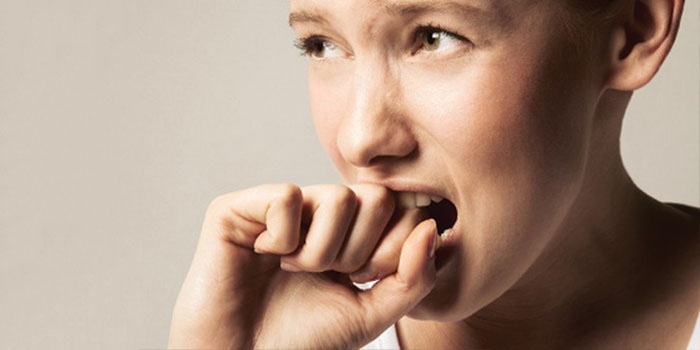 This is a disorder of the psyche and nervous system, the main sign of which is anxiety. With the development of anxiety neurosis, physiological symptoms are diagnosed, which are associated with a malfunction of the autonomic system. An increase in anxiety periodically occurs, sometimes accompanied by panic attacks. Anxiety disorder, as a rule, develops as a result of prolonged mental overload or one severe stress. The following symptoms are inherent in the disease:

Not always an anxiety syndrome manifests itself in the form of an independent disease, often it is accompanied by depression, phobic neurosis, schizophrenia. This mental illness quickly develops into a chronic form, and the symptoms become permanent. Periodically, a person experiences exacerbations, in which there are attacks of panic, irritability, tearfulness. A constant feeling of anxiety can turn into other forms of disorders – hypochondria, neurosis of obsessive states. 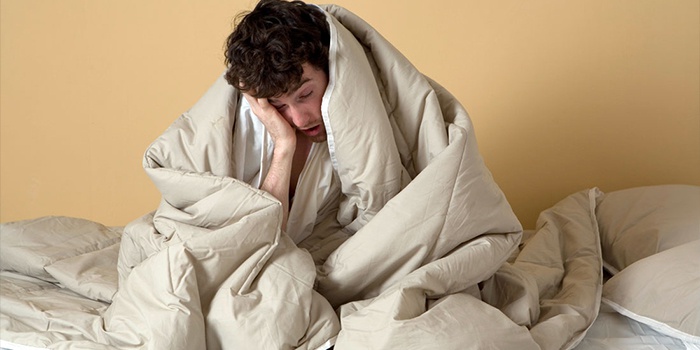 Anxiety with a hangover

When drinking alcohol, intoxication of the body occurs, all organs begin to fight this condition. First, the nervous system takes over – at this time intoxication sets in, which is characterized by mood swings. After the hangover syndrome begins, in which all systems of the human body fight alcohol. Signs of anxiety from a hangover are: 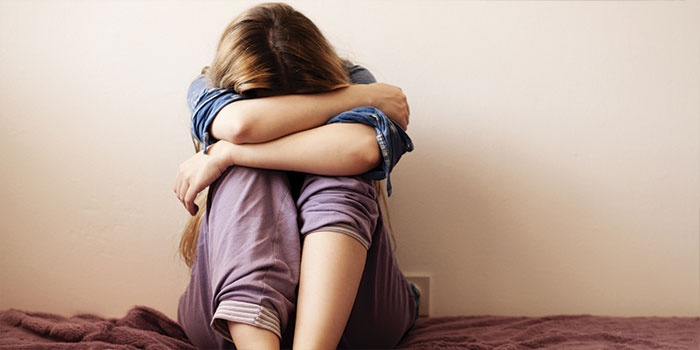 This disease can occur in a person of any age and social group. Depression usually develops after some kind of traumatic situation or stress. Mental illness can be triggered by a severe experience of failure. Emotional upheavals can lead to a depressive disorder: death of a loved one, divorce, serious illness. Sometimes depression appears for no reason. Scientists believe that in such cases, the causative agent is neurochemical processes – a failure of the metabolic process of hormones that affect the emotional state of a person.

Manifestations of depression can be different. The disease can be suspected with the following symptoms:

How to get rid of anxiety and anxiety

Each person periodically experiences a sense of anxiety and fear. If at the same time it becomes difficult for you to overcome these conditions or they differ in duration, which interferes with your work or personal life, you should contact a specialist. Signs for which you should not delay a trip to the doctor: 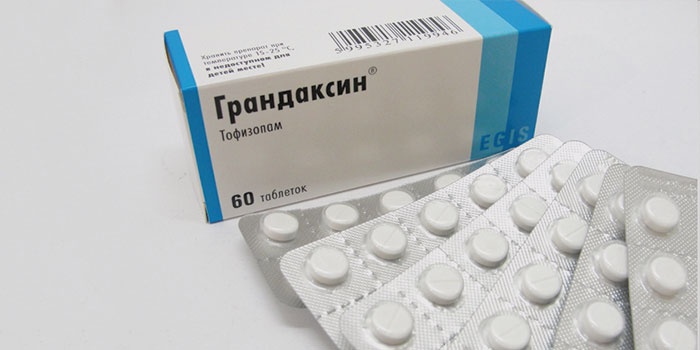 With medicines for fear and anxiety

A doctor can prescribe a course of drug therapy to treat anxiety, get rid of a sense of fear that occurs for no reason. However, the most effective intake of drugs when combined with psychotherapy. Treated from anxiety and fear solely with drugs is impractical. Compared to people using a mixed type of therapy, patients who only take the pills are more likely to relapse..

The initial stage of mental illness is usually treated with mild antidepressants. If the doctor notices a positive effect, then maintenance therapy is prescribed lasting from six months to 12 months. The types of drugs, doses and time of administration (morning or night) are assigned exclusively individually for each patient. In severe cases of the disease, tablets from anxiety and fear are not suitable, so the patient is placed in a hospital where antipsychotics, antidepressants and insulin are injected.

Among the drugs that have a tranquilizing effect, but are dispensed in pharmacies without a doctor’s prescription, are: 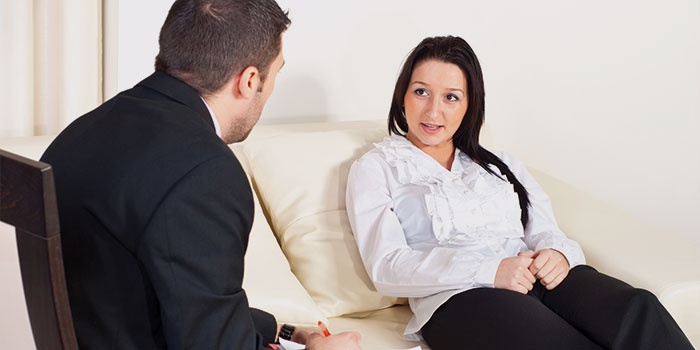 An effective way to treat causeless anxiety and panic attacks is cognitive-behavioral therapy. It aims to transform unwanted behavior. As a rule, it is possible to cure a mental disorder in 5-20 sessions with a specialist. The doctor, after carrying out diagnostic tests and passing tests by the patient, helps a person remove negative thinking patterns, irrational beliefs that fuel the emerging feeling of anxiety.

The cognitive method of psychotherapy focuses on the patient’s cognition and thinking, and not only on his behavior. In the process of therapy, a person fights his fears in a controlled, safe environment. Through repeated dives into a situation that causes fear in the patient, he gains more and more control over what is happening. A direct look at the problem (fear) does not cause harm, on the contrary, feelings of anxiety and anxiety are gradually leveled.

A sense of anxiety lends itself perfectly to therapy. The same applies to fear for no reason, and it is possible to achieve positive results in a short time. Among the most effective techniques that can remove anxiety disorders include: hypnosis, consistent desensitization, confrontation, behavioral psychotherapy, physical rehabilitation. The specialist chooses the choice of treatment based on the type and severity of the mental disorder.. 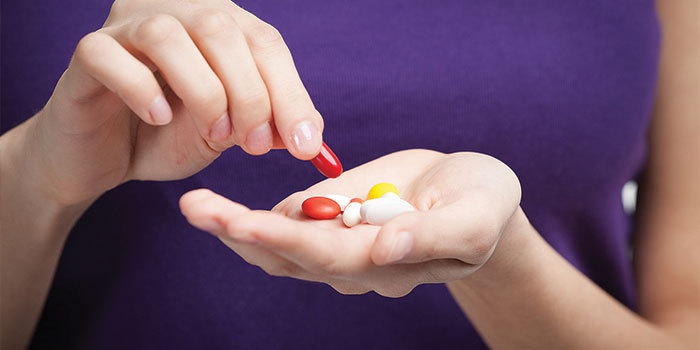 If with phobias, fear is associated with a specific object, then anxiety with generalized anxiety disorder (GAD) captures all aspects of life. It is not as strong as during panic attacks, but longer, and therefore more painful and difficult to tolerate. This mental disorder is treated in several ways:

Bouts of panic and excitement

Treatment of anxiety that occurs without fear can be done by taking medications, tranquilizers. With their help, symptoms are quickly eliminated, including sleep disturbance, mood swings. However, such drugs have an impressive list of side effects. There is another group of cures for mental disorders such as feelings of causeless anxiety and panic. These funds do not apply to potent ones; they are based on medicinal herbs: chamomile, motherwort, birch leaves, valerian.

Drug therapy is not advanced, since psychotherapy is recognized as more effective in the fight against feelings of anxiety. At a specialist appointment, the patient learns what exactly is happening to him, because of which problems began (causes of fear, anxiety, panic). After that, the doctor selects the appropriate methods for treating mental disorders. As a rule, therapy includes means that eliminate the symptoms of panic attacks, excitement (pills) and a course of psychotherapeutic treatment.