Angiomas, known as red moles, in medical practice it is customary to refer to formations of a benign nature, which consist of lymphatic or blood vessels. Their appearance is due to impaired functioning of either the circulatory or lymphatic systems. They form during the entire period of a person’s life, but only in children under 7 years of age can angiomas disappear on their own.

Red moles on the body – what is it? 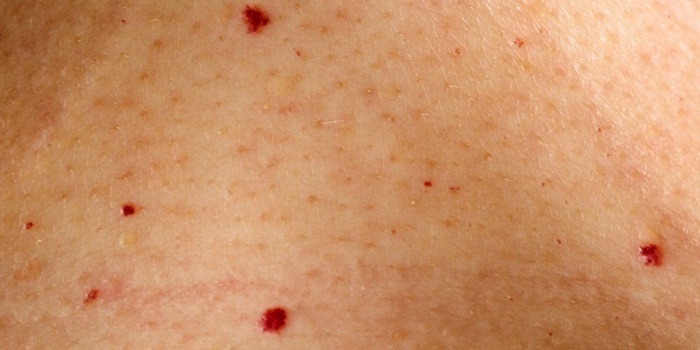 What do the red moles present on the body mean? According to experts, they are an intermediate link between a malformation and a tumor. The medical literature provides a small amount of information about this phenomenon. This is due to the fact that red moles do not pose a particular danger to humans. They are believed to be congenital..

Red moles are usually divided into several varieties. Their classification is based on such factors as the cause of appearance, location on the body, the type of vessel that caused its formation. Depending on the cause of the appearance of angioma, the composition of the tissue, red dots or moles of several varieties are found: 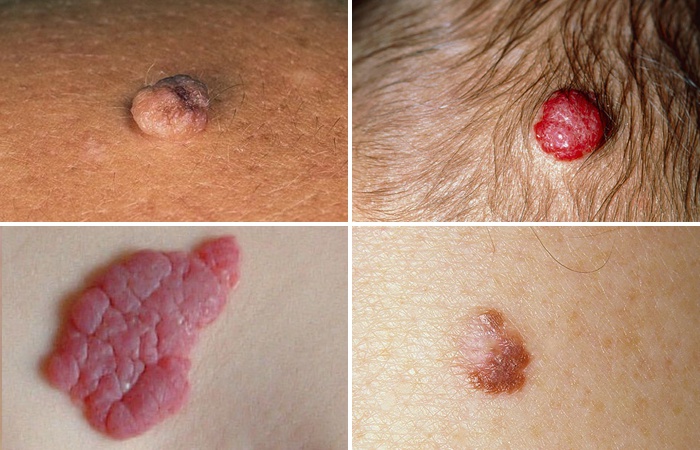 Depending on the vessels underlying the formation of red moles, they are called hemangiomas – moles formed due to an abnormality of blood vessels, and lymphangiomas – points that appear due to impaired functioning of the lymphatic system. Hemangiomas are impressive in size. Lymphangiomas are a rare occurrence. These are small nodules that are soft to the touch and compress easily when pressed. Formed on the neck, mouth, axillary and inguinal areas. Hemangiomas formed from blood vessels of the circulatory system are distinguished by external signs and sizes: 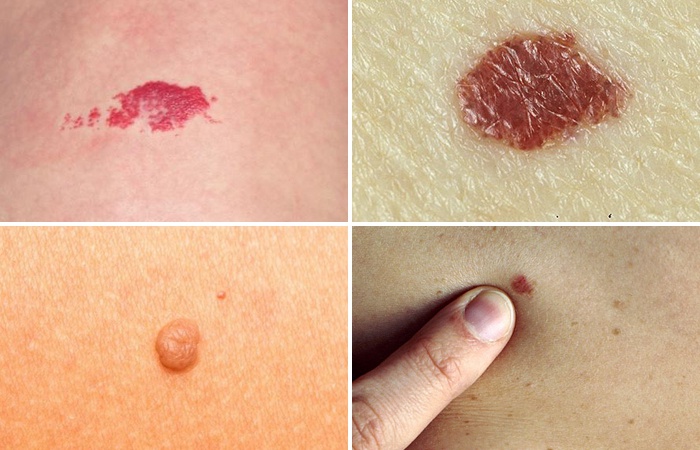 Where are they located??

Angiomas are formations of different sizes and shapes. They are localized in tissues and organs: on the skin, in fatty tissue, bone tissues, liver, muscles, brain and kidneys. On the body, such points appear in childhood and adolescence. Their appearance can also provoke pregnancy. Red dots can be single and multiple. If the former are not dangerous, then the sudden appearance of multiple angiomas signals serious problems, including cancer.

Simple angiomas are located on the skin of the face and head. They are characterized by small size, spherical shape, purple-blue color. In some cases, angiomas can occupy significant areas on the eyelids, cheeks, nose, and external genitalia. Cavernous angiomas are localized in the subcutaneous basis. Sometimes they grow into the deep layers – into the muscles and bones. This type of formation is able to develop in internal organs. 80% of angiomas are located in the upper body: on the chest, back, head, face, neck, arms.

The most unfavorable location of angiomas is considered to be the head. This is explained by the possibility of damage during cutting, when combing or blow-drying. Particular experiences in women cause red moles on the chest. Their single appearance does not carry any danger. However, if angiomas change color, begin to grow, itch or hurt, you should consult a doctor.

Causes of the appearance of red moles on the skin

According to experts, in most cases, such moles are congenital in nature. Sources of their development are vascular pathologies of the lymphatic and circulatory systems. Angiomas can appear at any age. Red moles are often observed in children. From the point of view of doctors, this is due to the transformation processes characteristic of this age.

In girls, angiomas form more often. Small formations pass on their own, without medical intervention. One of the reasons for the appearance of angiomas in newborns is considered to be infectious diseases transferred by the mother during pregnancy. In adults, the formation of angiomas occurs under the influence of hormonal changes and various malfunctions in the body. Among them: 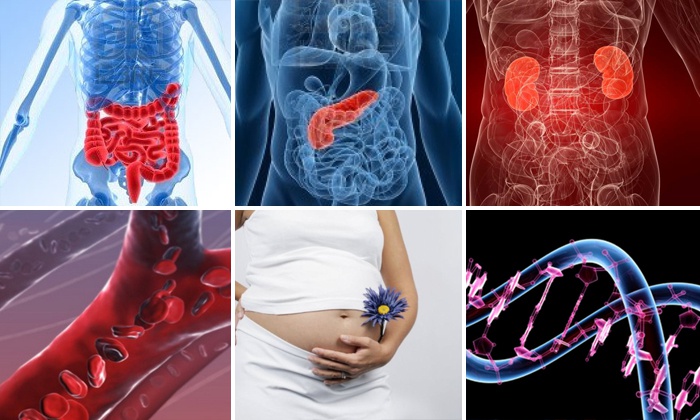 Doctors believe that the appearance of red moles contributes to excessive enthusiasm for sunbathing and a solarium. It is assumed that angiomas can accompany diseases such as Shenlein-Genoch disease, rheumatoid arthritis, lupus erythematosus. This happens because the immune system sees the cells of the body as foreign due to pathologies that have arisen and tries to suppress them. According to doctors, the appearance of angiomas may signal a violation of blood coagulation.

How to remove red dots on a human body

In most cases, these formations do not require medical intervention. However, if the angioma is bothering – itching, hurting or increasing, it is recommended to remove it after an appropriate examination. Angiomas are removed if they negatively affect the appearance of a person, are in places of contact with clothing, interfere with the manipulation of caring for the appearance, or are often prone to accidental damage. Modern medicine offers several options for removing angiomas:

Regardless of the method chosen to remove the red mole, it is recommended that a preliminary diagnosis be made to exclude oncology. The specialist will be able to choose the best option for removing angiomas. After getting rid of the mole, it is not recommended to visit the sauna, solarium and expose the area of ​​its former location of insolation for two months.

Alternative methods of treating red dots can be used only when the mole is not inflamed, does not bleed, has a small size. It is forbidden to treat large formations and angiomas that penetrate deep under the skin. According to reviews, the most popular and effective folk methods of getting rid of red moles are: In most cases, angiomas are not dangerous. However, in some cases (very rarely) under the influence of adverse factors, they degenerate into malignant formations. Among these reasons, experts distinguish: damage to clothing, exposure to ultraviolet rays. In addition to the risk of rebirth, the cost of damage to the halo of an angioma can be heavy bleeding.

Particular attention is required to angiomas located in places of contact with clothing – in the abdomen, shoulders, neck, chest. Hanging moles, which are easiest to pick up, and angiomas on the head are prone to increased injuries. Constant combing, using a hairdryer, hairpins, rims, haircuts can damage the nevus. The danger is caused by angiomas located in the mouth, on the lips and near the organs of vision, hearing. Moles in the oral cavity can undergo constant mechanical stress, which will contribute to their proliferation.

What to do if a red mole itches?

If the red mole begins to itch, this is a signal about the beginning of its growth, which may be associated with its degeneration into a malignant tumor. However, in some cases, the angioma begins to itch if there is a disruption in the functioning of any body systems or a change in the hormonal background. Itching and peeling of red moles are often observed in pregnant women.

You cannot determine the cause of such a mole on your own, therefore, to clarify the situation, you should consult a dermatologist or an oncology dispensary. A number of tests will be prescribed at the hospital, including the study of hormonal levels and the determination of the presence of malignant cells. Get a temporary relief from itching will help circular movements on the angioma or minor pressure. You can not scratch a mole.

Is it possible to sunbathe and lead an active lifestyle?

The presence of red moles is not a contraindication to an active lifestyle. The only restriction may concern possible ways to influence the angioma. If it interferes and is in places of possible contact with surfaces and objects – on hands, feet, it should be removed to avoid injury. As for sunbathing, as in the absence of red moles, doctors advise not to get involved in sunbathing.

If the body has any kind of moles, including red ones, it is allowed to be in the open sun until 10 a.m. and after 7 p.m. Due to the increased activity of ultraviolet rays near water bodies, you should stay away from water. To protect angiomas from the sun, dermatologists recommend applying creams with a protection filter of 30 units.