Small formations that differ in color from the skin are common to most people. These structures have different origins and structures, therefore it is difficult to name one reason why moles appear. Most often, a person has benign nevuses, papillomas, hemangiomas. The occurrence of a neoplasm can occur before the birth of a baby, then the baby will be born with a birthmark. With age, the likelihood of developing moles increases.

Healthy skin contains a significant amount of melanocytes, the function of which is to protect the underlying tissues from ultraviolet radiation. The accumulation of melanin under the influence of sunlight is manifested by a uniform darkening of the skin – tanning. Due to a number of reasons (trauma, burn, hereditary predisposition), melanocytes are able to activate, dark spots appear on the body. A variety of age spots – ephelids or freckles, characterized by seasonal variation in color.

The majority of moles are nevuses – congenital malformations of the skin. Acquired nevi can appear throughout life, with age, the likelihood of skin tumors increases. Where do moles on the body come from? The main reasons are related to the following conditions: 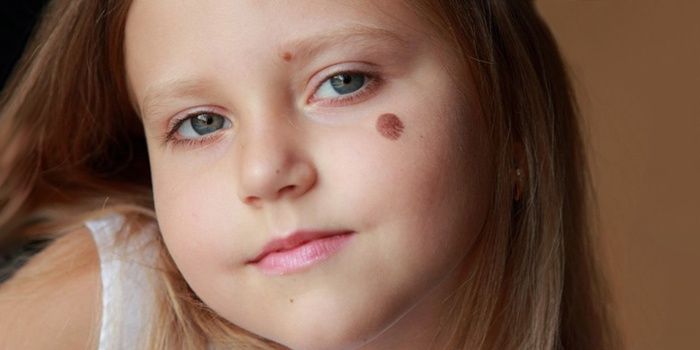 A change in the hormonal background activates the accumulation of pigment in specific melanocyte cells. In a pregnant woman, the skin may darken as a whole, more often there is an uneven spotting of the face, hands, lower abdomen. Moles during pregnancy affect only the epidermal layer of the skin, therefore they are not convex, and are not detected by touch. They are able to disappear on their own over time or noticeably turn pale. 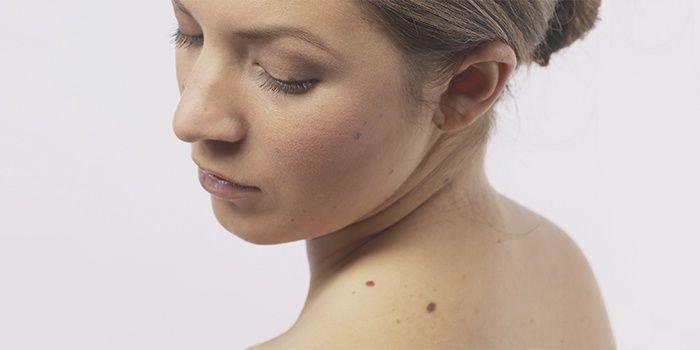 Pigmented nevi vary in color from grayish to black. Brown moles are more common, single or multiple, ranging in size from a point to several centimeters in diameter. The presence of dark skin formations is not a pathology, small structures need not be treated. However, some caution is required, especially when there are many moles on the body. Nevuses can become malignant, giving the growth of an extremely dangerous tumor melanoma.

The first signs that should cause concern are a change in the shape of the mole, an increase in size. A certain danger is injured nevus. Adverse localization of the mole on body parts exposed to pressure, friction of clothing. The large size of skin formation, the growth of new small structures in the neighborhood are alarming. The listed symptoms require immediate consultation of a dermatologist.

Vascular-rich red spots or tubercles often turn out to be hemangioma – a benign vascular tumor. In young children, hemangiomas are prone to proliferation, therefore, they must be removed. In adults, they are stationary in nature, they can spontaneously disappear over time, however, an injured formation can bleed for a long time, and can heal poorly. After removal, red spots occasionally reappear, re-treatment is required. 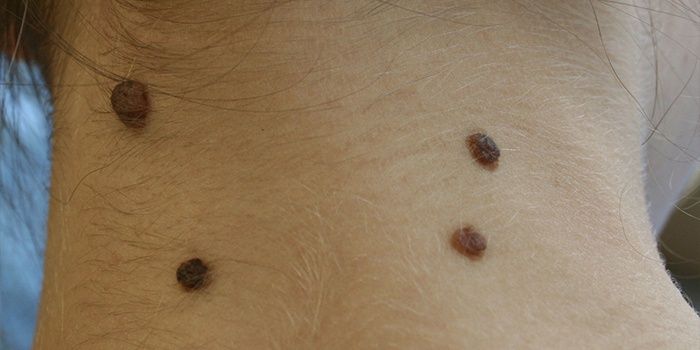 Squamous papillomas, erroneously called moles, have a thin leg. These formations can grow, gradually increasing in size. Color more often matches skin or a little darker. Papillomas often come off with external mechanical stress or kink of the leg. Removal is indicated in cases where the formation causes physical or aesthetic discomfort. It is better to get rid of papillomas with localization that contributes to frequent injuries (for example, on the neck in the collar area).

The main causes of moles on the skin

Each person will have different reasons why new moles appear. The main triggering factors, researchers call heredity, excessive exposure to sunlight, skin damage. The mechanism of nevus development in all cases is the same: activation and proliferation of melanocytes, the accumulation of pigment in them. According to the depth of the location of the skin formation, epidermal, intradermal, mixed nevi are distinguished.

There is an assumption that most moles are genetically programmed, other factors only accelerate their appearance. The development of nevi is based on the disturbed migration of melanocytes during fetal development. Accumulations of these cells determine the likelihood and possibility of the appearance of age spots. Hereditary predisposition is better seen in individuals with many moles on the body. 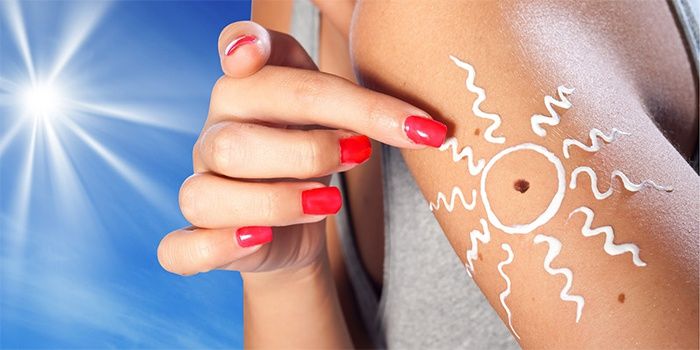 Ultraviolet has a high penetrating activity, to prevent its penetration into the body – the main function of melanocytes. Excessive sunlight leads to increased accumulation of pigment, its activation. A long stay in direct sunlight is one of the reasons why moles suddenly appear. Excessive tanning adversely affects the immune properties of the skin, provokes the formation of age spots, increases the risk of developing malignant diseases.

Another reason why moles appear is hormonal changes. Age-related changes in the body affect the activity of melanin, the result may be the appearance of multiple age spots. Darkened areas are smooth, do not rise above the skin, more often appear on exposed parts of the body. There are no painful symptoms, however, pigmentation on exposed parts of the body gives aesthetic inconvenience. Adolescent endocrine restructuring is often accompanied by inflammation of the appendages of the skin, contributing to the appearance of nevi. 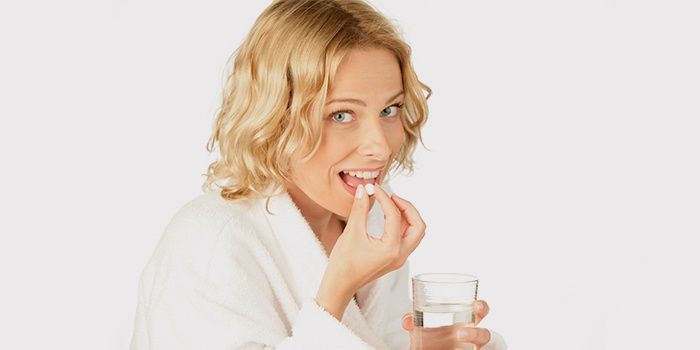 Damage to the skin of any genesis is fraught with the development of neoplasms. Injuries, infections can damage the basement membrane that separates the dermis and epidermis – the melanocyte occurrence zone. The result is the proliferation of pigment cells, the development of nevi. Burns, including sunburns, have a traumatic effect on the skin. Deep damage is left by household chemicals when used improperly.

Medicines aimed at correcting hormonal changes can become the reason why multiple moles appear in a patient. Brown spots are more often located on the face, hands, but can occur everywhere, other symptoms are not characteristic. Perhaps a slight peeling of the changed skin, it does not pose a danger to humans. 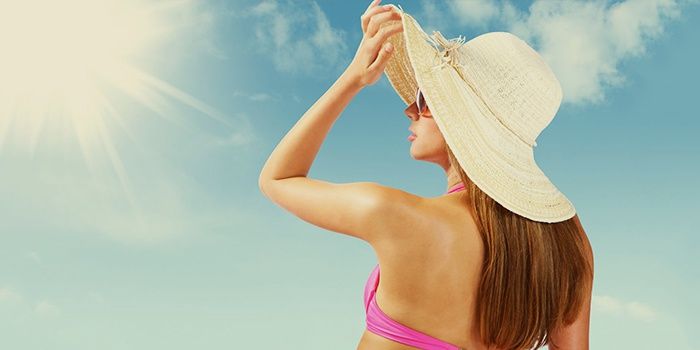 Prevention of the appearance of new moles

A reasonable dosage of beach activities will prevent the development of new nevi. You can not be exposed to direct sunlight for a long time, part of the rest should be carried out in the shade. Work in the open air is often necessary, it is better to do it in the morning or in the evening – your own health is more important. Hats, capes, umbrellas are useful for summer walks. The use of sunscreen cosmetics, wearing glasses with dark glasses is justified.

The cause of the formation of age spots can be a tanning bed, it is contraindicated for people with a large number of moles. The skin must be protected from chemical and mechanical damage, do not forget about protective gloves when working with household chemicals, cutting objects, open fire. Deep cuts require appropriate processing, suturing, this contributes to quick healing without gross scarring, prevents the appearance of moles.