The liver is an important organ for humans. It removes toxins, produces proteins, fatty acids, vitamins, carbohydrates, cholesterol, glucose. Blood Albumin Level Indicates How Well The Liver Does Its Functions.

Blood consists of a yellowish liquid and shaped elements. Plasma contains proteins, cations, minerals, anions, gaseous compounds and substances produced by organs. Doctors to assess the level of osmotic pressure and liver function prescribe a blood test for albumin – what is it and what are the properties of the substance, you will learn after reading the information below.

Albumin is a protein fraction that occupies 55-60% of plasma. The high percentage of an element is due to its functions. The substance maintains plasma pressure, affects the volume of moving blood, transporting vitamins and substances insoluble in water. Large protein molecules store useful elements consumed in fasting or blood loss..

This substance is produced by the liver and is renewable. Doctors prescribe human albumin, synthesized from the plasma of healthy people, to treat serious illnesses. A 20% solution of the substance increases the colloid osmotic pressure by 4 times, and the intravascular pressure increases by 2.5 times. The drug is needed to replace plasma, intravenous infusion. 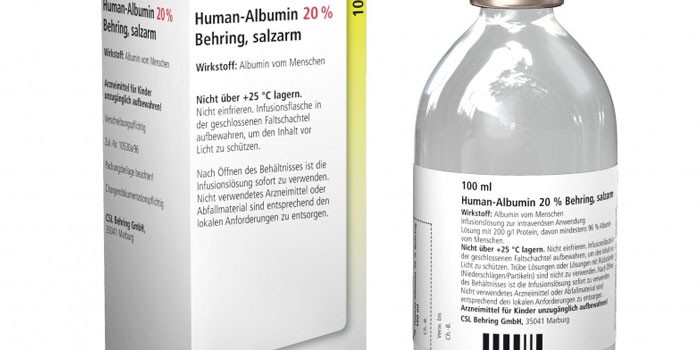 Albumin – the norm in the blood

The element has a uniform structure, therefore, instead of quality, its concentration is taken into account. As you grow older, the norm of albumin in the blood will change. Sex does not affect the amount of protein. The analysis for the content of the element in the blood is taken together with liver tests. The following indicators of protein (grams per liter) are considered normal:

A decrease or increase in protein levels is associated with pathological processes occurring within the body. Burns, bleeding, infectious diseases, nephritis (a high level of a substance in the urine) and increased catabolism due to inflammation of the internal organs lead to a deficiency of the element. Cirrhosis of the liver, obesity, diabetes, vomiting, diarrhea or blockage of blood vessels provoke increased protein production and blood clotting. Decrease in protein is diagnosed with deliberate starvation.

The drug is obtained from the blood plasma of humans and animals. The medicine Albumin has gained fame in serum form. The protein solution demonstrates great effectiveness in treating low blood pressure and eliminating various critical conditions – it is administered using a dropper. The speed of drug delivery is determined by the condition and age of the patient. The drug in the form of a powder is readily soluble in water. The drug can not be combined with other protein-based medicines.

The substance is a light brown or yellowish liquid. Albumin solution is obtained from human blood plasma, dividing it into fractions. The drug quickly increases blood pressure, restores blood circulation, plasma pressure. After the introduction of the solution, the amount of tissue fluid in the bloodstream increases, which leads to better absorption of drugs. The drug is administered intravenously by injection every 10-12 hours.

This form of the drug has reduced effectiveness. Albumin in tablets is used to treat anemia, anemia and as a means of stabilizing pressure in elderly patients. The reduced effectiveness of the tablets is due to the membrane resistance of red blood cells. Solid dosage drugs are split by the duodenum by 50 percent. One tablet contains excipients to accelerate the absorption of the element. 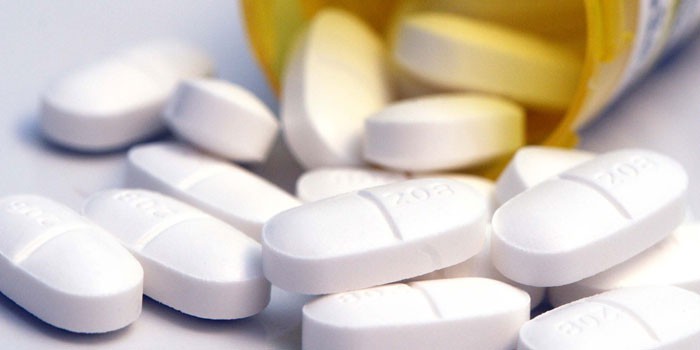 Hematogen began to produce Soviet pharmaceutical plants in 1930. The taste of the drug resembles the famous candy “Iris”. According to the instructions, its composition contains black albumin mixed with condensed milk and sugar syrup. In nature, a large amount of this element is stored in egg whites, beef, potatoes. The drug has a low price, so it is prescribed for the prevention of anemia. To increase the therapeutic effect of hematogen, its composition is enriched in iron sulfate..

Food albumin is obtained from the blood of cattle that have undergone a degreasing procedure. Polyphosphates are used to stabilize elements. The substance includes amino acids, carbohydrates and fats. The downside of bovine protein is the high content of allergens in red blood cells of animals. With prolonged use of the drug in adults, itching, swelling, rashes on the skin appear. You can add medicine to your daily diet only on the recommendation of a doctor.

Albumin – indications for use

The drug is prescribed if the patient is diagnosed with anemia, anemia, gastritis, gastric ulcer and other gastrointestinal diseases. Indications for use of albumin:

The substance albumin should be used with caution in patients with arterial hypertension, heart or kidney failure. You can not use the drug if a person has an increased sensitivity to protein, thrombosis, pulmonary edema, and the volume of circulating blood / plasma is increased. According to the instructions, the drug can not be mixed with solutions of amino acids, mixtures based on protein hydrolysis, alcohol-containing drugs. 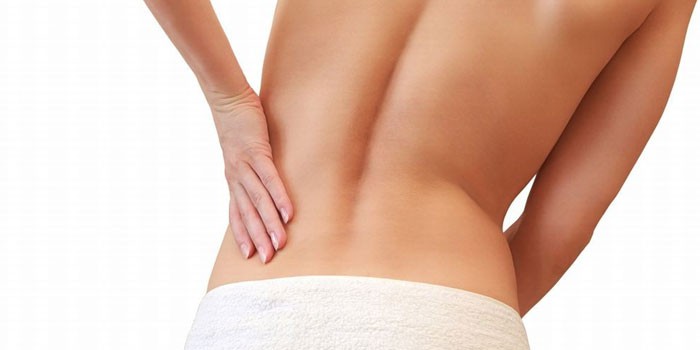