Glamorous doggie fits easily into your purse and does not cause trouble. No matter how funny it sounds, but a small dog is also a reliable defender, with it your bag is always under control, and there will never be rats and mice in the house. About 50 species were bred in the world, among which the most beloved and popular in the whole CIS were:

Chihuahua is the smallest dog among its representatives. The breed was first discovered back in 1850 in the state of Chihuahua, Mexico. The smallest representative weighs only 0.5 kg, and the largest – 3 kg, while the growth does not exceed 23 cm. A dog named Bu Bu set a generally recognized record among the smallest breeds living today, her height is only 10.16 cm , and the weight is 675 g. As for the color, it can be very different, and the coat can be both short and long. 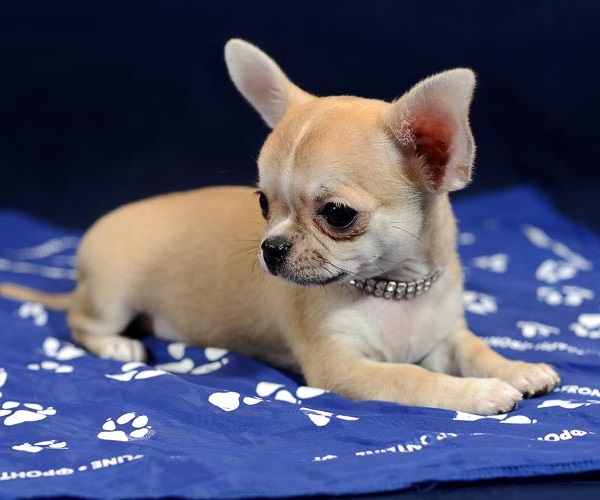 The character of Chuhuahua is very cheerful, playful, but touchy. In addition, these dogs are quite difficult to train, but very easily accustomed to the tray, which eliminates the need to regularly walk it. There are problems that breed representatives are subject to: special eye care is required, they are afraid of the cold, and are prone to household injuries.

Yorkshire Terrier (York) is a cute, tiny, furry, big-eyed creature, which ranks second among the smallest dogs. York resembles a toy that you want to squeeze, braid funny ponytails, fooling around with it. The breed was first bred back in the 19th century in Yorkshire, England.. 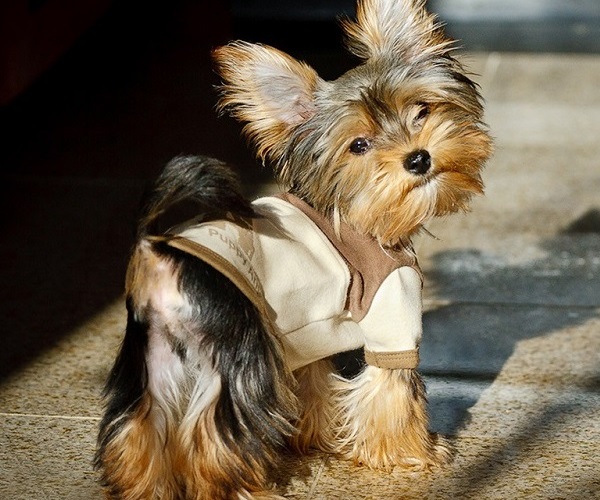 The maximum weight of the thoroughbred representative is 3.2 kg and the height is 23 cm. What is noteworthy, it was a Yorker named Scarlet who set the record for the most modest parameters – the weight of the dog was 113 g, height – 6.3 cm. As soon as she was not crushed, while measured? Such a miracle of nature lived only two years, and died in 1945. Now in the world lives the smallest York weighing only 1.14 kg.

Yorkies are very smart, curious, funny – ideal friends of children. They are quite patient, but still it is recommended to monitor their games with children, especially with very small ones. They also have drawbacks: having high self-conceit and a stubborn character, they often rush to dogs of larger breeds, because of which they often die from injuries.

The Russian toy terrier with its amusing appearance will cheer up even on the most cloudy or unlucky day, cheer, make you forget about the problems. A dog with shaggy ears (although there is one with smooth ears) and small eye-buttons appeared not so long ago – in the second half of the twentieth century thanks to the efforts of Russian dog handlers. 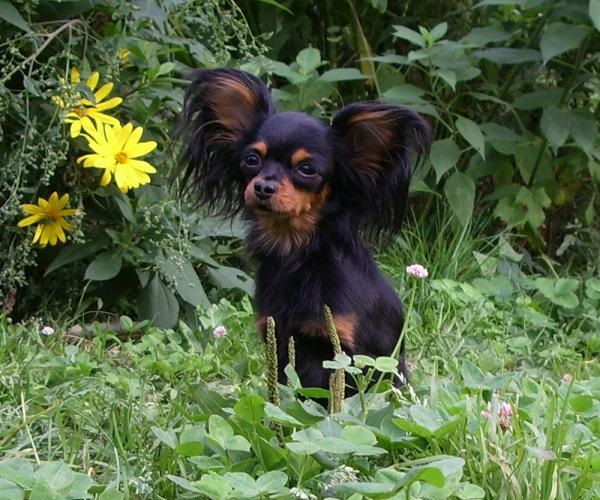 They, like the Chihuahua, are smooth-haired and long-haired, weighing only 1.4 kg to 3 kg, and their height does not exceed 28 cm. They are playful, funny, very dedicated dogs, unobtrusive and friendly, unpretentious in leaving – the coat does not require special haircuts, even for long-haired breeds, are easily accustomed to the tray, and bathing them is enough only 3-4 times a year.

Pomeranian Spitz is a beautiful, fluffy, unusual little doggie that slightly resembles an animated children’s toy. The miniature breed includes representatives weighing from 1.9 kg to 3.5 kg and a height of 13 cm to 28 cm. Despite the puppet look, he has a wayward character, although quite playful and friendly. In addition, Pomeranian takes an honorable 23rd place among the most intelligent and quick-witted dogs of all breeds and sizes..

Pekingese is a favorite of grandmothers and children, one of the most affordable among small dogs. The breed is truly royal, bred specifically for the emperors of China 2 thousand years ago. Representatives of the breed weigh from 3.2 kg to 6.4 kg (Royal Pekingese), while handsome men grow from 25 cm to 23 cm. 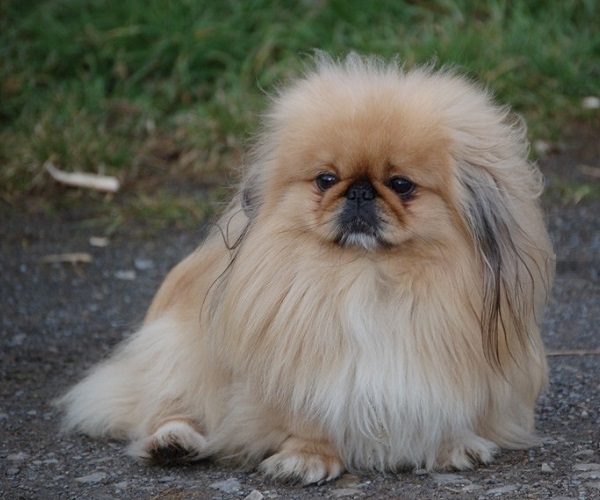 Dogs are not picky about their care, but they are very characteristic, wayward and stubborn. It is difficult to train, sometimes they do not get along with children due to the fact that they may simply not be in the mood to play. But they perfectly tolerate the owner’s waiting hours in solitude, almost do not cheat.

Coton de Tulear looks like a cloud or soft pillow. The breed was bred in Madagascar. The largest representative is 28 cm tall and weighs 6 kg. Unpretentious in food, gets along well with other pets, playful and amused. Difficulties only when caring for hair – it is quite long, and the color is most often white, so you will often have to comb and bathe a small pet. 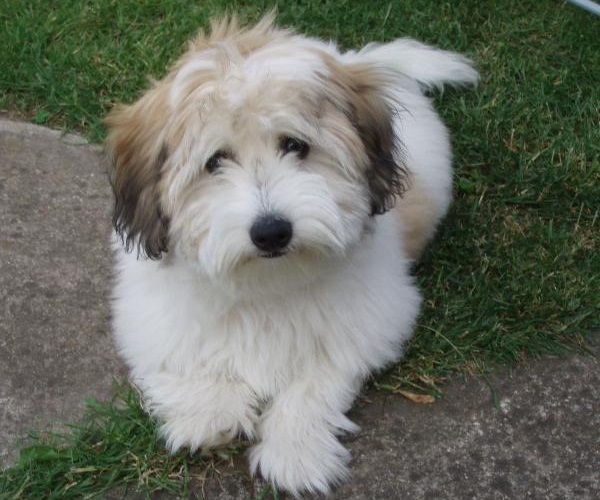 Maltese (Maltese lap-dog) warm, fluffy, tender, vulnerable creature becomes the best travel companion for travel lovers or for people of age. He has a calm disposition, is patient and hardy.. 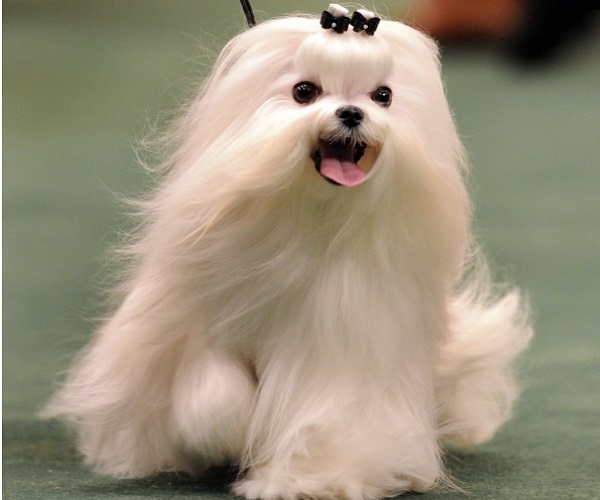 The Chinese crested one is completely naked, and the Powderfuff version is a soft short coat along the whole body. At the same time, long hair covers the head, paws and tail. Big ears, combined with an unusual version of hair growth, give the dog a funny, playful look that justifies its character – it just doesn’t get bored with such a friend, he is faithful, cheerful, cheerful and playful. Crested height is from 23 cm to 33 cm, and weight – from 4.5 kg to 5.9 kg. 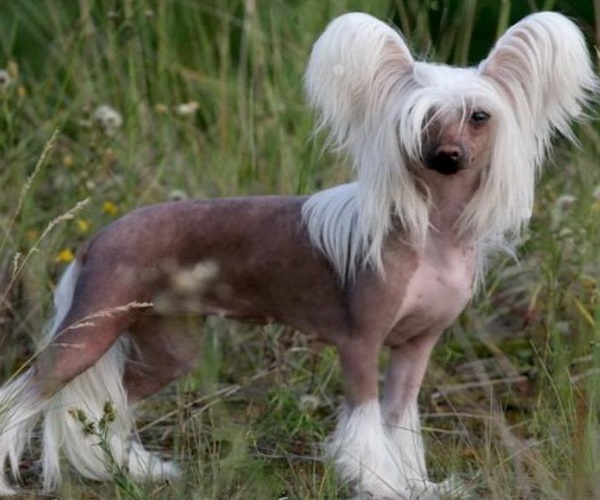 Whichever of the smallest pocket dog breeds you look for yourself, it should be borne in mind that first of all these are living creatures with their natural needs: when walking with your doggie in a bag, do not forget to let it out periodically as needed, most of the breeds are very cold, therefore they need special clothes. But the smallest dogs live with proper care for a long enough time – from 15 years or more.