All parents at least once encountered skin rashes from their baby. How serious are these conditions and what should be done when they occur? The need to take therapeutic measures will depend on whether the rash is found in the child throughout the body or is localized in one area, and what additional symptoms accompany it. 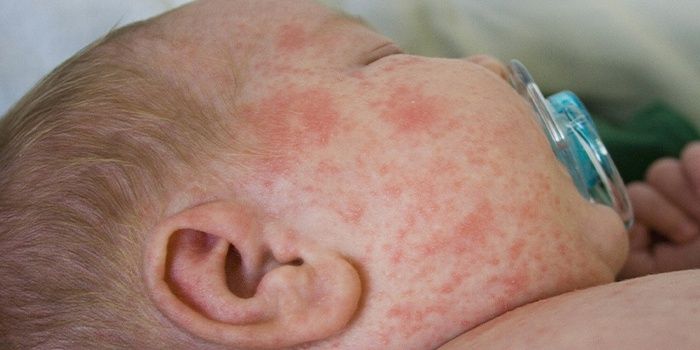 Types of skin rash in children

According to the form in which the rash appears on the child’s body, they distinguish:

In each case of a rash, the child should be shown to the doctor. So, only an experienced specialist will be able to accurately determine whether a red rash in a child on the body is a symptom of rubella, erythema, or an allergic reaction. Parents should not immediately take for the self-medication of the baby, because the fight for clean skin will be effective only when the pathogen that causes irritation is identified.

Causes of rash on the body

The whole variety of reasons in which skin rashes occur in children can be divided into the following groups: 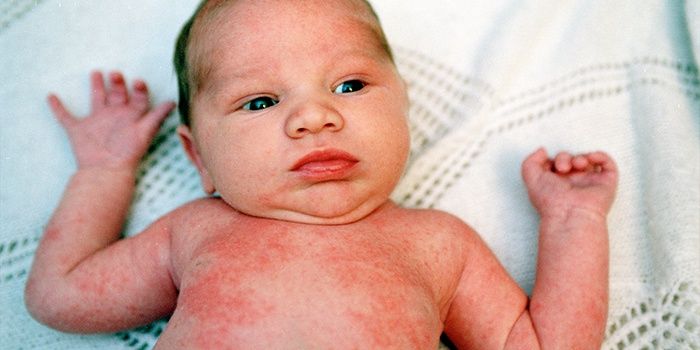 The modern world is literally filled with factors that can irritate delicate baby skin. A rash on the whole body of a child, as an allergic reaction, is a frequent phenomenon, and it can manifest itself in different ways: spots, pimples, small vesicles. As for localization in the body, foci of irritation can appear in a variety of skin areas. So, often with a food allergy, a rash is observed on the back and abdomen of a child, and during a reaction due to the material of the clothes, rashes can cover the baby’s arms, shoulders, legs and even feet.

Why, even in cases where the mother does not doubt that her baby was sprinkled with food, should I consult a doctor? It must be understood that an allergic rash in a child is only an external expression of the body’s response to the pathogen. At the same time, with severe allergies, malfunctions in the work of internal organs can occur and even Quincke’s edema can develop. A doctor’s examination of irritated skin will help prevent possible negative consequences, and prescribed medications will help relieve itching and irritation. Also, the doctor will exclude the development of an infectious disease in the baby. 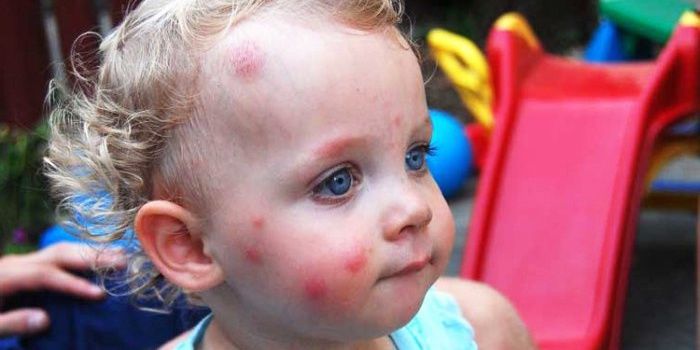 After an insect bite

A rash in children when they are out of town in the summer, and even after a normal walk in the park, is a very common occurrence. The bites of mosquitoes, midges or ants often leave marks that are very itchy and can be seen on the skin for several days. In most cases, such irritations can be prevented by using mosquito nets, fumigators, protective aerosols..

A lot more trouble for a child will be delivered by a bee, wasp or hornet sting. These insects pierce the skin with a sting and inject poison into the body, which causes severe pain, swelling, and swelling. Such bites are also dangerous because if a child develops an allergy after a bite, rashes can quickly spread throughout the body, causing severe itching and pain. At the same time, respiratory failure, fainting, and even anaphylactic shock are possible. For these reasons, in the case of a bite, he should be examined, removed the sting, give the child an antihistamine and observe his condition. 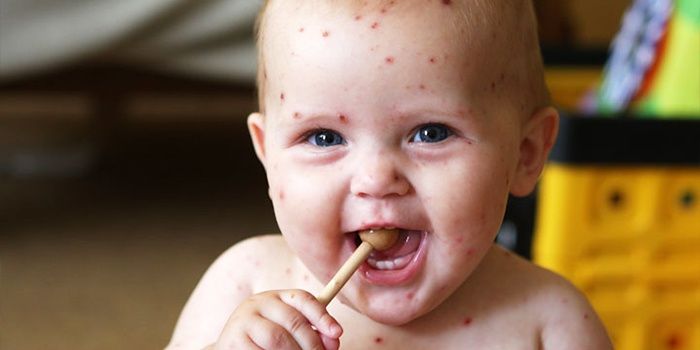 Diseases that manifest in this way can be very different in nature. Some go away on their own even without any treatment, especially without altering the baby’s well-being, while others are dangerous with their complications and grave consequences, even fatal. Check out what diseases a baby rash might indicate.

Many bubbles of chickenpox appear throughout the body. They itch a lot, crust over time.

The rash appears along with fever and cold symptoms. Rashes from the face spread throughout the body, and after 5 days they begin to peel off and go.

For several days, the child has a fever, coughing, fights in the throat. Then, behind the ears, on the face, and then on the whole body, a small point rash appears. The number of red dots begins to decrease after 3 days.

The ailment begins with fever, redness and sore throat. Then red spots appear on the child’s body. Often they are located in places of the natural bend of the body: in the groin, armpits, bends of the elbows and knees. A small point rash appears on the face, with the exception of the nasolabial triangle.

With this disease, pink spots appear on the face and then on the arms and legs, which grow and merge into one spot. The rash goes away within 10 days.

The infection proceeds with a very high temperature, a red rash spreads over the body just above the skin level.

Small blisters with liquid appear on the lips and skin near them, which gradually becomes cloudy, then the rash dries up.

In this contagious disease, the child’s body is covered with nodules and wet scaly plaques, which itch severely. The passages of scabies mites 0.1-1 cm long are visible through the skin, at the end of which you can see a small black dot – the parasite itself.

There is a purple, sprocket-like rash that does not disappear when pressed. So bleeding from small vessels that occur with this disease is manifested. The baby’s neck muscles tighten, the temperature rises, drowsiness and photophobia appear. Having seen at least one of these signs, you need to urgently deliver the child to the hospital. With meningitis, children who are not provided with timely medical care may die within 24 hours..

In the body of the baby in the first weeks after birth, an active hormonal reorganization takes place, and evidence of this can often be seen on its skin. So, many parents are forced to go to the doctor by a rash on the body of a newborn, called sweating. This is a common occurrence in infants. At high temperatures, their sweat glands actively release sweat, and in places of natural skin folds (in the groin, under the arms), often – a small reddish rash appears on the face and buttocks. Skin feels wet when touched.

Potnichka is not a dangerous ailment and passes over time, but we must remember that exposure to factors such as prolonged exposure to too hot clothes or a wet diaper can provoke diaper rash in a baby. When caring for a newborn, the mother must be very careful, notice changes in the rashes. It is necessary to take into account the fact that often the smallest can develop an allergy to food, hygiene products, clothing materials. At this age, when their immunity is formed, it is especially necessary to protect children from external irritants. 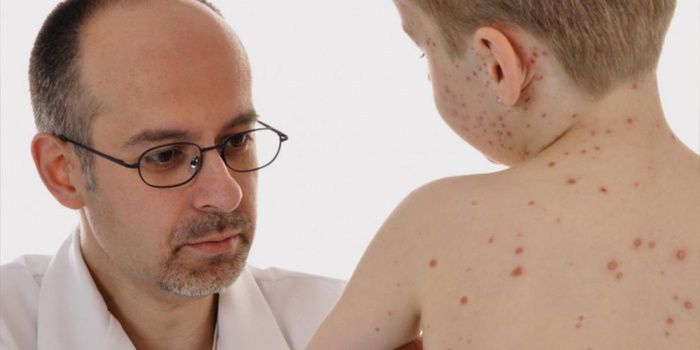 What to do if a child has a rash

If the baby’s body is covered with a rash, you must immediately assess whether he has signs of infection, for example, fever, vomiting, diarrhea, sore throat. It is further determined whether the rash on the whole body of the child is located or localized in some parts of the skin, and what it looks like: in the form of spots, vesicles with liquid, purulent formations, etc..

Such an examination will help to understand how urgently it is necessary to show the baby to the doctor. Even if you are sure that a skin rash is an allergy after eating, consult a specialist anyway. The doctor, after comparing all the available signs and symptoms, will dispel your fears or will start treating the disease in time. If an infection is suspected, it is better to call a doctor at home, and if possible, isolate the sick child in a separate room. Before the doctor arrives, it is advisable not to treat irritations with medications, so as not to complicate the diagnosis.