Migraine is considered a disease of women, but it also did not bypass men. Out of 100 males, 8 at least once in their life suffered from this ailment. The signs of migraine in men are specific, and the disease itself is difficult to tolerate. A headache not only loosens the psyche, but also leads to complete helplessness.

How does migraine manifest 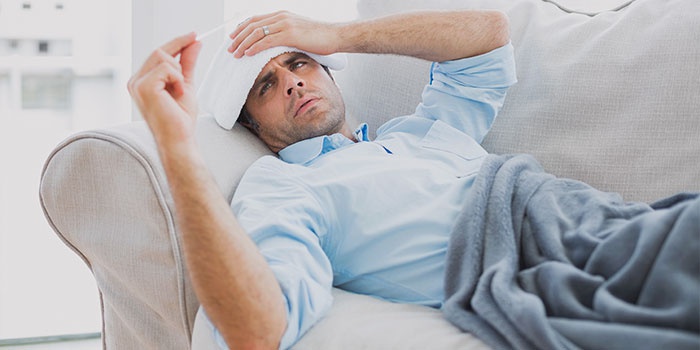 A headache has many causes, not even the most obvious ones. Men, many of whom consider themselves strong and almost invulnerable, also have to experience it as a result of stress, shock, overstrain, prolonged physical and intellectual stress. Male disease differs from female disease, and its similarity to cluster pain makes treatment difficult.

Pain in men may not go away for days on end. The source is problems with blood circulation in the cerebral cortex, and the result is reduced working capacity, impaired memory, poor mood, and decreased concentration. Signs of migraine in men can be:

Pain sensation arises in the neck, forms in the upper jaw, due to which, at the moment of amplification, speech and vision disorders are possible. A migraine attack passes with or without an aura. If the pain lasts longer than three days, then four main phases are distinguished:

Already in the prodromal stage, the sufferer begins to feel tiredness, irritation, deterioration of mood, which can change. Accompanied by an aura, the following signs of migraine in men are observed: flashes of light, flies in front of the eyes, tinnitus, tingling sensations in the body, numbness. Then comes the pain, which often torments a person for up to three days. It is believed that migraine in men is more painful. It is characterized by a longer duration, the possibility of complications. 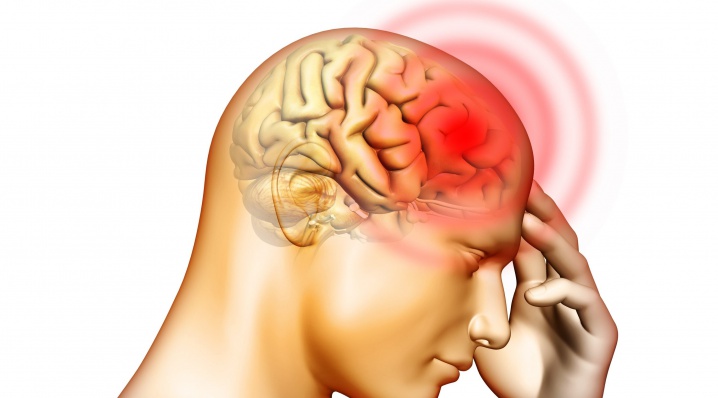 A migraine aura is a harbinger of pain, but an attack can occur without it. In this case, a painful sensation arises unexpectedly on one side of the head, without warning at all, pulsating and abrupt. In some cases, the pain disorder spreads around the entire circumference of the head, becomes stronger when a person performs any action, and also from loud sounds and bright light. Sometimes this condition lasts several days.

Accompanied by an aura, the symptoms of migraine in men are as follows. So, a person begins to feel annoyed, he wants to sleep, he is experiencing a sharp change in mood. Flies and flashes may appear in front of his eyes, noises in his ears, and numbness and tingling in his limbs. A migraine aura is a neurological symptom, followed by the pain itself. The duration of the attack varies from several hours to many days, after the man feels exhausted.

Migraine without aura is called simple. The attack lasts from eight to twelve hours, but the side on which the pain occurred and when it appeared should be considered. They can vary significantly in frequency and gaps between them, depending on external factors affecting the person. Men are less likely to suffer from ailment. However, it is recognized that in the case of the stronger sex, the duration of the attacks is longer, and the pain is stronger. Men do not often have dislike for sounds, bright light, and nausea.

Basilar migraine got its name from an artery that carries blood to the brain stem. Her spasm leads to a headache, as it interferes with the blood supply to the areas located in the back of the brain, for this reason pain occurs in and around the back of the head. Common this type is among adolescents and young people. Signs of basilar migraine in men: anxiety, restless state, problems with speech, vision. 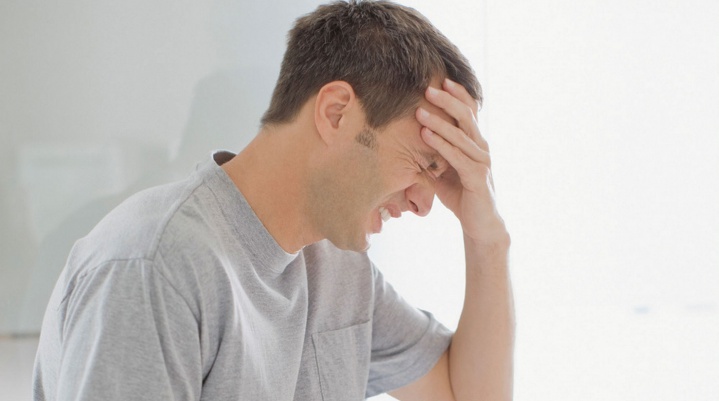 Eye migraine, also called atrial scotoma, causes a change in blood flow in chiasm, the visual centers of the cortex and subcortex and causes visual impairment. All this is associated with a violation of the normal blood flow in the vessels of the brain and can also be expressed in difficulties with speech, loss of consciousness. This type is more characteristic of young men and young people with high lability of vegetovascular regulation. Can provoke an attack: severe stress, strain, long periods of hard physical labor or intellectual activity.

Atrial scotoma is manifested by the loss of a small area of ​​vision, more often in the center. These areas – the so-called scotomas – are small in size. Soon after the occurrence, they begin to increase or shift to the edges of the field of view. Flicker may appear in the scotoma itself, which will be noticeable with eyes closed. Especially located in the center of the field of view, it can lead to a temporary deterioration. After a short time after the appearance of cattle, a migraine attack will begin.

This form of the disease manifests itself as a unilateral pain in the back of the head. This is a neuralgic disease, also known as vertebral artery syndrome. It may be accompanied by a feeling of heaviness in the shoulder from the side of pain, tingling feeling, impaired vision and hearing, as well as cognitive abilities. Any movement of the head or its rotation intensifies such pain. In some cases, it can be so strong that it will lead to a complete inability of a person to do his usual business. The attack lasts from a quarter of an hour to several days.