What a menstruation, phase, ovulation and conception is, how to count the menstruation cycle, what changes occur during it, every woman of reproductive age should know. This information will help control the body, prevent various diseases and avoid unplanned conception..

What is the menstrual cycle 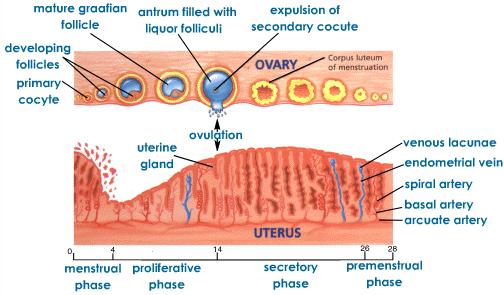 This is a certain period during which a woman’s body undergoes processes that prepare her for a possible pregnancy. The first day of the cycle is the beginning of menstruation, the end is the day before the next. How many days should be between periods ideally? How to count the cycle of menstruation? The duration is different, the norm is from 21 to 35 days, the ideal is 28 days. It is curious that even in one woman the menstrual periods may differ – be longer or shorter.

How to calculate the cycle of menstruation? To understand what day after menstruation ovulation occurs, you should learn more about the phases. There are two of them: follicular and luteal. Both are characterized by different processes that occur during the menstrual cycle in the endometrium and ovaries. Since women have an individual cycle duration, the number of phase days is also different. For example, if the cycle is 28 days, the first (follicular) on average lasts 14 days.

It starts on the day of menstruation. All processes that occur before the ovum leaves the ovary are due to the action of follicle-stimulating hormone. Thanks to him, the follicles begin to mature, from which the egg leaves. The process takes about half a cycle. At first, several follicles may form, but one becomes dominant, previously increased to 14 mm before the others.

Another process that occurs during this period is the elimination of dead endometrium (comes out with the blood). When the uterus is cleansed of everything, a new endometrium begins to develop and thicken. So the body prepares itself to accept a fertilized egg. During the described phase in women, the basal temperature does not exceed 37 degrees. It is worth watching for it to determine the day of ovulation – during it there is a sharp decrease. The calendar of menstrual days is not so reliable, so those who do not plan a pregnancy should monitor the temperature. 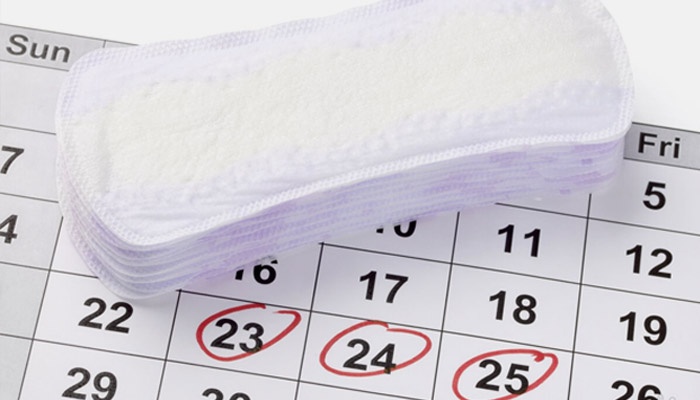 The phase begins after the ovulatory (after ovulation) and lasts about 14 days. An important role is given to luteinizing hormone. The processes taking place at this time:

Without fertilization, after 10-12 days, the corpus luteum dissolves, the level of hormones decreases. If the egg is fertilized, further changes occur, the placenta begins to form. In the body, everything is interchangeable – any failure affects menstruation, the onset of pregnancy. It will not be possible to correctly compose a personal schedule (table) of conception, calculate monthly periods or calculate safe days if the cycle is irregular.

What is ovulation in women

Establishing an ovulation time is often of interest to girls who want to become pregnant. In the estrous period, a mature egg leaves the follicle and begins to move towards the uterus. The cilia of the hairy epithelium are actively helping her in this. Ultimately, it either fertilizes or dies after some time. The ovulatory stage (fertility state) lasts approximately 48 days. Note: sometimes there are anovulatory periods, the peculiarity of which is the absence of ovulation. This phenomenon is not accompanied by individual symptoms..

How to calculate the menstrual cycle

The calendar of the menstruation cycle is not difficult to calculate, especially if the menstruation proceeds without problems, with the same frequency. It is necessary to begin the countdown from the first day of menstruation. Regular menstruation is not so common. The physiology of women is such that the “biological clock” gets lost not only because of pathologies, diseases, but even because of stress.

Some are interested in how to correctly calculate the cycle of menstruation using programs. If you do not want to keep a paper calendar, you can calculate the timing of menstruation in special electronic programs or use the ovulation calculator. Just keep in mind that such information is not always reliable, for example, if, under the influence of external factors, the ovulation period shifts. 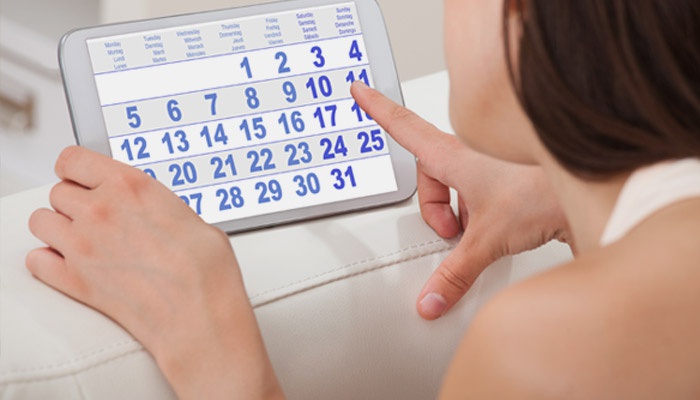 How many days does a normal cycle last?

The ideal cycle time is 28 days. If it is stable, it is not difficult to calculate the beginning of menstruation, ovulation, the end. When taking hormonal tablets, menstruation goes like clockwork, strictly after 28 days. If the cycle goes wrong, this is not considered a pathology – as already noted, the body often responds to stress, illness, and so on. Irregular interval, delays can be observed in girls, women in age.

When does ovulation occur?

It is impossible to determine with accuracy when a woman will ovulate. As a rule, it occurs in the middle of the menstrual period. A subjective symptom is mild pain in the lower abdomen. In addition, there is an increase in mucous secretions. To accurately calculate ovulation over several months, you can plot a basal temperature.

Normal cycle of menstruation, how many days? If a woman has ended puberty, a hormonal balance has been established, menstruation lasts from 2 to 7 days. The heredity almost always affects the length: if, for example, the mother’s bleeding lasted a week, then it is likely that the woman will do the same. If her monthly periods went regularly for several days, then they went astray, which means that there is a malfunction in the body.