For a thorough diagnosis of the pelvic organs and peritoneum, there are a number of invasive methods. Among them – laparoscopy, which is prescribed for suspected fibroids, cysts, adhesions, endometriosis, infectious processes of the abdominal cavity, pathology of the fallopian tubes and ovaries. The method and operation are informative, often used by modern gynecology..

Before treating the focus of the pathology, it needs to be discovered, examined in detail. Here, in this case, patients will learn what laparoscopic surgery is, to whom it is recommended, and for what therapeutic purposes.

In fact, this is a surgical intervention, since all the specialist’s actions take place under general anesthesia with incisions in the peritoneum. During the operation, use a special tool, after – rehabilitation is required, complications are not excluded.

If laparoscopy is needed – what is it, an experienced doctor will tell.

In most clinical cases, this is an informative diagnostic method, however, some experts associate the procedure with a complete operation. This is an alternative to abdominal surgery, the implementation of which requires a deep incision in the abdomen. Diagnostic laparoscopy, however, involves only small incisions in the peritoneal region for further thin tubes into the cavity. This is necessary to study the general condition of the peritoneal organs, identify the affected areas and their characteristics, and conduct the operation. 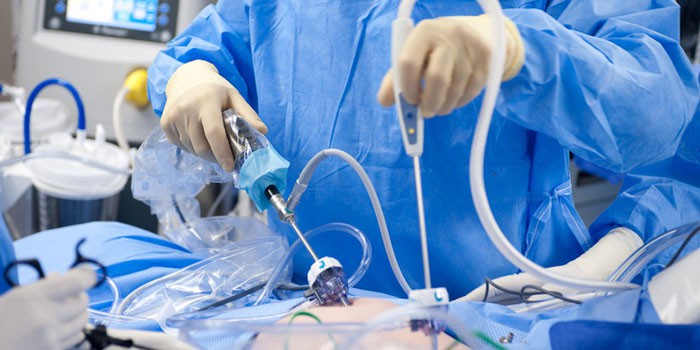 Before proceeding with the implementation of the method, the doctor chooses anesthesia, which will be involved in the operation. More often it is a general anesthesia during laparoscopy, when during the surgical procedures the patient is unconscious, all of his reflexes are temporarily disabled. In gynecology, the operation is performed by a gynecologist, surgery is performed by an experienced surgeon, for other areas of medicine this diagnostic method is rarely used. The sequence of actions for laparoscopy is as follows: 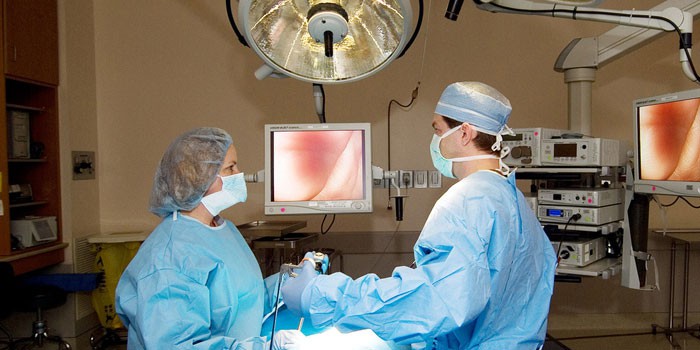 You can get a free service at the district clinic, gynecological departments of city hospitals, subject to the provision of standard documents. Specialists monitor not only the operation itself, but also the postoperative period. Many patients choose the services of private clinics and medical centers, agree to the high cost of the session. The operation laparoscopy should be performed exclusively by a gynecologist or surgeon, and it is advisable to trust your health only to experienced doctors.

The price of laparoscopy

This is one of the most expensive diagnostic methods not only in gynecology. The answer to the question of how much laparoscopy costs sometimes shocks patients, but nothing remains – you have to agree to the operation. The price of the procedure depends on the city, the rating of the clinic and the professionalism of the specialist who has to perform such surgical procedures. Prices are different, depending on the characteristics of the pathology.

During pregnancy, such an invasive diagnostic method is carried out in exceptional cases when there is a threat to the life of the mother and child. This is not the only contraindication; for some patients, surgery is simply not suitable. Therefore, it is necessary to take tests before laparoscopy to eliminate the risk of complications. A laboratory blood test is required to determine compatibility with anesthesia and to collect anamnesis data to study general health. 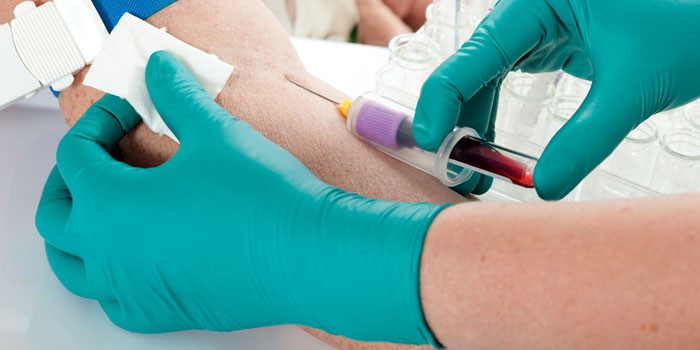 After a careful study of internal organs and systems, a short-term recovery of the body is required. Rehabilitation after laparoscopy involves proper nutrition, a minimum of physical activity on muscle mass for the first 2-3 hours. Then physiotherapy in a hospital or walking in the fresh air does not hurt. Within 7 hours after the operation, overall health will return to normal. As for pregnancy, after laparoscopy, it is allowed to plan it after 2-3 months.

A special diet after the operation is not required, but doctors still recommend somewhat limiting the diet. The first 2 weeks, nutrition after laparoscopy should exclude spicy, fatty and salty foods, so as not to overload the stomach and intestines. Be sure to drink more liquid – at least 2 liters per day, otherwise, act according to the testimony of a specialist.

The consequences of laparoscopy

If it was possible to remove the cyst by such a progressive method, the patient may encounter unpleasant consequences in the postoperative period. Doctors warn in advance that complications after laparoscopy, which require additional conservative therapy, are not ruled out. Therefore, it is important to know not only the price of the operation, but also the consequences that it can cause. It:

I had an ectopic pregnancy, after which I was prescribed laparoscopy at an insane price. She did not refuse, because she simply dreamed of motherhood. As a result, it turned out that I had polycystic ovary, which could not be diagnosed for a long time. I ordered Veroshpiron with a boron uterus in the catalog of the online pharmacy, I drink the second course. Waiting for the results.

Did laparoscopy with intervertebral hernia, liver and kidney problems. The method is universal and equally effective; it is inexpensive for its capabilities. In Kazan, the price of an operation is from 8,500 rubles, but the conclusion we received was pleased. I have a girlfriend in this way checked the ovaries, and also was satisfied.

At first I had a stone in my gall bladder. I was prescribed drugs to relieve pain and break it down. I had to buy expensive medicines in the online store and take them. Nothing helped, then they performed laparoscopy and then cholecystectomy. On the stomach is a scar that bothers with the weather. That’s how our doctors treat, I still got off with a seam easily.