The reason for the appearance of growths on the skin is considered to be the human papillomavirus, numbering more than 100 species. These formations are often formed on the fingers, both in a small child and in an adult. There are different options for how to get rid of a wart on the finger..

How to cure warts on your hands

A skin growth that resembles a nodule in appearance – this is a wart. Two types of such neoplasms are distinguished: ordinary, which are brown and pink in color, and flat small with a yellowish tinge. Regardless of what kind of growth occurs on the body, in any case it is necessary to get rid of it. There are different ways to treat warts on the fingers:

Surgical and physiotherapeutic treatment of warts on the fingers

Any growths are unpleasant to the touch, and a person who suffers from such formations experiences discomfort. To get rid of an unpleasant disease, complex treatment will be required. The viral nodule can be effectively removed by the surgeon using local anesthesia and a scalpel. The doctor at the same time completely cuts off the growth tissue and imposes cosmetic sutures. Surgical excision of warts is done if most of the skin is affected by growths. Today, this method has lost its popularity. He was replaced by modern physiotherapeutic methods:

Chemical remedy for warts on the hands

All medical chemicals should be used with caution, otherwise the procedure can cause a burn. In order not to harm healthy skin, you should stick a band-aid with a hole for the growth. It is only necessary to treat the substance with the wart area. This method is not recommended for diabetics and people with circulatory disorders. Among the pharmacy alkaline and acid preparations used to remove neoplasms, the most popular are: 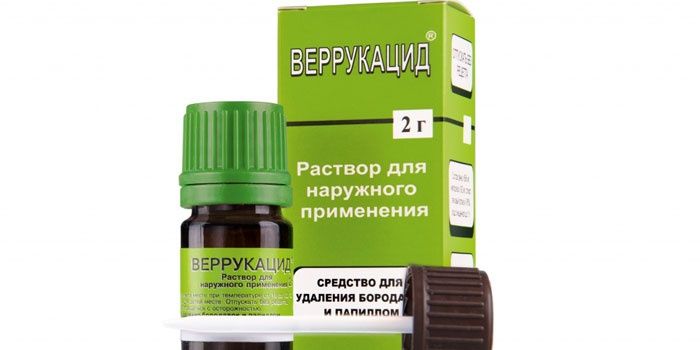 Folk remedies for warts on the fingers

Getting rid of growths does not cause special difficulties for doctors, while many people are eager to learn how to treat a wart on a finger at home. This is especially worrying for parents whose children have many viral nodules, because not every child can be easily taken to a surgeon, and you do not want to wait until the growths disappear. In such cases, to remove the formation, you can apply folk proven means.

How to remove a wart on a finger in oils

To prevent viral growths on the hands, a person should adhere to the basic rules of personal hygiene, avoid contact with people who already have the disease. If neoplasms have arisen on the skin, they should not be ignored, but treated or removed. There are several popular folk recipes for how to cure a wart on a finger:

How to remove a wart on a finger with vinegar

You can fight growths with vinegar. This will require:

Another popular option for treating warts on the fingers is a recipe with vinegar and onions. For him you will need:

How to remove a wart from a finger with plant juice

The most popular way to get rid of viral skin formations is to use celandine juice. In order to reduce the growth, it is necessary:

Kalanchoe leaves are also considered a powerful antiseptic. For a recipe with this plant you need:

For a long time I did not know how to remove the wart on the finger of my hand. I tried various ointments, bought expensive medicines, pills, nothing helped. My grandmother advised me to take celandine juice and carefully cauterize the growth. A week later, there was no trace of the hated nodule. I believe that folk remedies are safer and more effective..

My child had warts on his hands. He does not want to go to the doctor, so they decided to resort to folk remedies. First I made him a bath of fir oil to soften the growths, then glued onions and vinegar from above. The son said that there was a little burning sensation, but after 5 minutes everything went away. They did this for 3 days, all the warts turned black, and then gradually disappeared.

On the Internet now you can find many articles on how to treat warts on the fingers. The most effective I consider the use of a laser. With it, you can safely remove the nodules. This method is expensive, but it does not leave scars after the procedure. A few growths were removed to me with a laser 2 years ago, everything went quickly.