The most common cause of pain in the coccygeal region are injuries. If soreness occurs after a fall or shock, the nature of its occurrence is almost always obvious. However, discomfort and pain can begin for no apparent reason, and then only a specialist can determine their origin with accuracy. Why does the tailbone hurt, how to eliminate pain and which doctor should I contact if they do not go away? All answers are below..

It is often impossible to independently determine the exact localization of pain. Both the tailbone and the bones of the pelvis or organs located near it can be sick. In the last two cases, the pain can simply be given to the coccyx (it is called irradiating) or localized to the right or left of it. Doctors name the most different causes of this symptom and note that women have more factors that can provoke soreness and discomfort in the coccygeal region.

What causes tailbone in women

According to statistics, coccyx pain in women is much more common than in men. This is due to the peculiarities of female anatomy associated with the birth process: during childbirth, the joints extending from the coccygeal vertebrae deviate slightly backward, thereby increasing the size of the birth canal. Since the coccygeal joints in women have some mobility, they are more prone to injury. The soreness of this area in women can be associated not only with pregnancy, childbirth or injuries, but also with a number of other diseases and pathologies, which include: 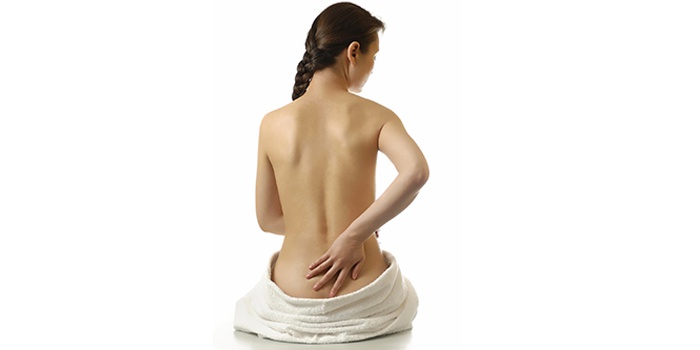 If the pain becomes more intense during sitting, this may be a sign of damage to the lower spine. One of these manifestations is coccyx inflammation in women, accompanied by acute pain syndrome. If the pain in the coccygeal region is combined with pain in the lower back and sacrum, this may indicate a pinch of the sciatic nerve or nerve endings of the lumbar and sacral region, or that the problem is associated with diseases of the spine. Only the doctor can give an exact answer to the question why the tailbone is very sore when sitting. 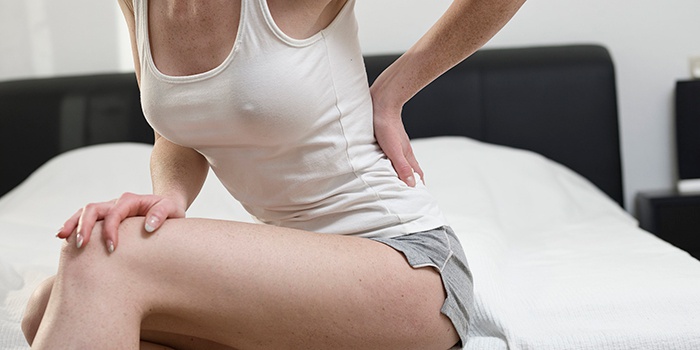 Pain in the coccyx can be exacerbated when standing up in the event of postoperative complications or inflammatory processes that affect the bladder, intestines, uterus, or other nearby organs. Painful sensations of this kind often spread to neighboring areas – depending on the affected organ, the patient hurts under the coccyx, in the anus or in the lower abdomen.

Injuries of various kinds are considered the most common cause of pain in the coccyx, and pain can occur not only after an unsuccessful fall or bruise, but also as a result of less severe effects: after training, cycling, prolonged physical stress of any nature. Discomfort and pain can occur immediately after a stroke, and after a considerable time, in view of which it becomes more difficult to determine their exact cause.

Light injuries of the coccyx lead to the appearance of microcracks on it, which causes painful sensations. Injury of moderate severity can cause an incomplete fracture. This category of damage includes a break or coccyx crack. Severe injuries can lead to various complications and difficult to treat consequences, such as a fracture, displacement or dislocation of the tailbone.

Pain caused by mechanical damage may be accompanied by edema and hematoma of the sacrococcygeal region. They are amplified by walking, sitting, sharp inclines and rising from a sitting position, an act of defecation, and tension in the muscles of the pelvis. Only a medical examination will help determine the type and severity of the injury in the presence of such symptoms..

During pregnancy and after childbirth 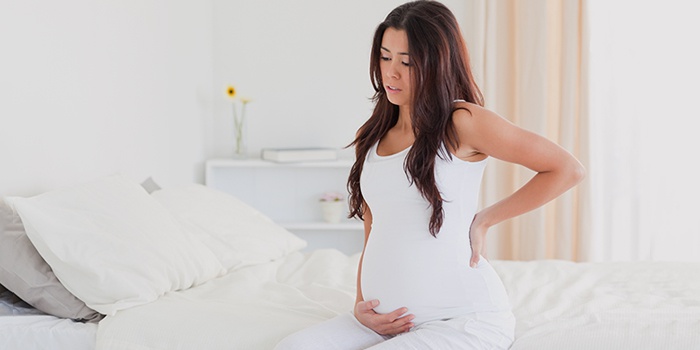 Many women complain to the gynecologist that their pelvis hurts during pregnancy. This phenomenon is especially common in its later stages. The main reason for this is the natural changes in the body that occur during this period. The growing fetus puts pressure on the pelvic organs, and the coccygeal vertebrae, due to the gradual expansion of the interosseous distances, deviate slightly backwards, which causes painful sensations.

Why does the tailbone hurt after giving birth? The most common cause is prolonged and severe delivery. Passing through the birth canal, the fetus exerts pressure on the bones of the pelvis, and if it is too strong, this leads to excessive extension of the coccyx. After childbirth, many women experience pain in the coccygeal region and aching pain in the anus. They can go away on their own, but often these symptoms indicate the presence of complications requiring treatment. Similar postpartum complications are coccyx hernia and coccygeal subluxation.

Pain in the coccyx in men can also be caused by injuries, diseases of the spine, large intestine or other internal organs. However, among males, a pathology such as a coccyx cyst is more common. It develops with frequent riding on certain types of equipment, in which there is an increased load on the tailbone, causing inflammation and the formation of a cystic neoplasm.

What can cause coccyx in children and adolescents? 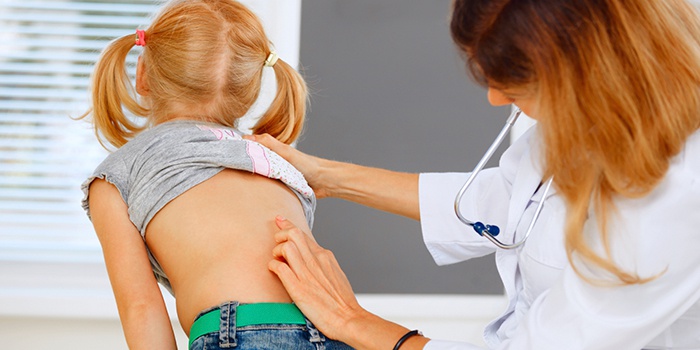 If pain occurs in children, it is necessary to find out whether it arose due to trauma. A child could fall or hit, injuring the tailbone. Since young children are very mobile, they are constantly subjected to injuries of varying severity and can not always clearly explain, after which the pain appeared, a visit to the doctor will be required. In addition to injuries, pain can provoke inflammatory processes of internal organs or diseases of the musculoskeletal system that started to develop at an early age.

What to do with severe pain in the coccyx

The appearance of acute pain in the coccyx requires compulsory medical attention. This symptom can indicate the development of a variety of diseases, so do not wait until it passes on its own. A timely visit to a specialist will help to find out why the tailbone is very sore, undergo the necessary treatment in the early stages of the development of pathology and thereby avoid possible complications.

An initial examination for pain in the coccyx can be carried out by a therapist. After the examination, the doctor will refer the patient to one or more narrow specialists: a proctologist, neurologist, orthopedist or surgeon. If doctors cannot identify the exact causes of the pain, and the results of x-ray of the coccyx or MRI of the pelvic organs do not show any abnormalities, the patient is advised to visit an osteopath.

Methods for treating pain in the coccyx and lower back

In the treatment of pain localized in the lower back or tailbone, an integrated approach is used. It may include medical anesthesia, physiotherapeutic procedures, physiotherapy exercises, massage, manual therapy. Since pain in the coccygeal region is often only a symptom of a disease, its treatment necessarily includes treatment. 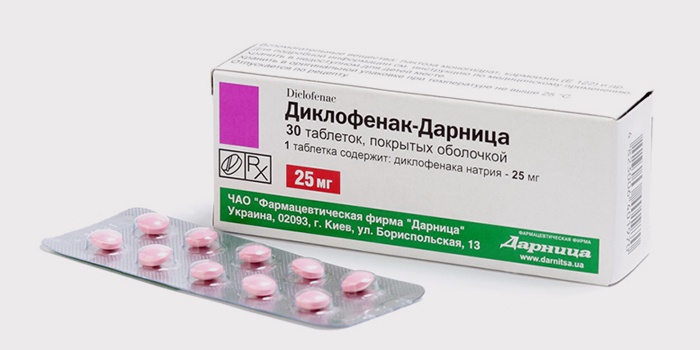 Medical relief of pain is carried out using anti-inflammatory drugs based on ibuprofen, naproxen, diclofenac, which are prescribed in the form of ointments, tablets or intramuscular injections. In acute pain, medication blockages can be prescribed – injections of novocaine, lidocaine, diprospan or other analgesics in the painful area.

The courses of physiotherapeutic procedures that can be carried out by exposure to the coccygeal region with ultrasound, magnetic radiation, high-frequency current, heat or cold help get rid of pain. Phonophoresis procedures, in which pain medication is injected into the tissue using ultrasound radiation, can quickly relieve severe pain syndrome.. 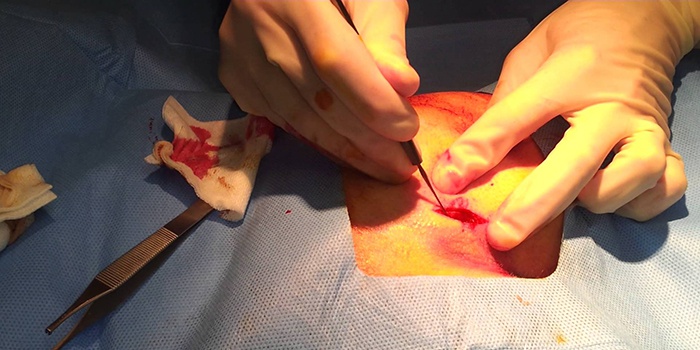 When the coccyx is dislocated, its reduction is carried out through the rectum. With bruises, breaks, cracks or fractures, the patient is prescribed strict bed rest. If the coccygeal bones do not grow together after the fracture, and conservative methods of therapy are ineffective, doctors resort to surgical treatment – surgical removal of the coccyx.

Surgery can also be used to treat the severe stage of the coccyx cyst, which is characterized by an acute inflammatory process with the formation of an abscess. During the operation, an abscess is opened and the contents of the cyst are removed. With the formation of a chronic fistula, a repeated surgery is performed, during which the coccyx cyst is completely removed.