Psoriasis is a chronic disease that affects the skin and other tissues of the body. It is not caused by any infection and appears as reddish dry spots on the skin. It is generally accepted that the cause of the development of the disease lies in autoimmune malfunctions of the body. There are various types of disease, which should be treated in different parts of the body in its own way. Consider the types of disease and find out how it can be cured.

What is psoriasis and what types are

This dermatological disease mainly affects the surface of the skin, but in some cases, the disease manifests itself on the nail plates. A characteristic manifestation of the disease is the appearance of affected areas of the body, covered with a layer of silver scales.

According to the severity of the disease, there are two types of psoriasis:

According to the classification, there are two main groups:

There are other types of psoriasis: exudative, psoriatic arthritis, erythroderma, atypical psoriasis.

How to treat psoriasis at home

At the first symptoms of the disease, you must consult a doctor. But along with the methods of traditional medicine, it is recommended to be treated with alternative recipes. Note that the selected treatment methods should depend on the severity of the disease and its location.

Fold 15 grams of dry clover flowers in a gauze bag, tie and pour plenty of boiling water over it. Cool the herbs to room temperature, then squeeze the gauze bag. Apply this herbal compress to the affected part of the body for 1.5-2 hours. Strain the squeezed infusion, and take orally before meals. Clover infusion cleanses blood vessels from the inside, eliminates inflammatory processes.

Positive feedback on the treatment of psoriasis with soda baths. In a bath with hot water, dissolve a kilogram pack of baking soda, add an infusion of succession, chamomile, a little sea salt. Take a bath for about 30 minutes. After the procedure, the skin does not need to be washed with running water.

Mix a teaspoon of Belemnite powder with a tablespoon of salicylic ointment. With the resulting product, lubricate the plaques three times a day until they disappear completely.

Psoriasis on the head and face

If psoriasis is affected by the skin behind the ear and scalp, it is recommended to rub 2% salicylic and 5% tar ointment. An effective method is also rubbing the affected areas of the head with onion juice.

Dilute a tablespoon of mustard powder in water to the consistency of thick sour cream. Lubricate the foci of the disease with a mixture, then wrap your head in a warm towel and hold the compress until you feel a slight burning sensation. Rinse with warm water.

A simple way to treat psoriasis of the scalp is to grease the area with grease. At first, soak the product on the skin for a quarter of an hour, then gradually increase the time to one hour. The course of treatment is one and a half to two months.

Those who have just started the disease and have not become chronic, it is recommended to lubricate the skin with tar soap, leave it for 10-15 minutes, and then rinse.

On the arms and elbows

With psoriasis in the skin of the elbows and hands, celandine will be an effective remedy. Take warm baths with the addition of a celandine broth or lower only the upper limbs into the water. Grease plaque spots with fresh celandine juice, but use the product with caution, as celandine juice can cause skin burns..

Use compresses with chicory. Make a concentrated decoction of chicory root, cool it to room temperature. Moisten a handkerchief in a solution and apply it to a sore spot for 30 minutes.

According to the same principle, make compresses from cabbage brine. Wet a handkerchief in it and apply to the foci of the disease at night. Try not to rinse these areas for a long time. Course – 7 treatments.

You should regularly cut off your legs regularly and stop using cosmetics (nail polish). Lubricate the nail plates several times a day with an oil solution of vitamins A and E. Do not rinse the product, let it dry on the nails naturally.

20 g of yarrow herb pour two glasses of boiling water, leave for about 30 minutes. Strain the infusion and lower your fingers into it. Such baths must be taken daily for 15 minutes.

Methods for treating psoriasis in children

The diagnosis of psoriasis in the child is followed by a further full examination in order to identify possible pathogenetic factors that contribute to the development of the disease. In the progressive stage of the patient, they are usually hospitalized and under stationary conditions, drug treatment is performed with sedative, desensitizing agents. In addition, a sick child is credited with taking a 10% solution of calcium chloride three times a day, 5 ml orally, intramuscular injections with a solution of calcium gluconate.

Parents are looking for ways to treat psoriasis in children with folk remedies. Effective in this case, bathing in salty warm water, applying lotions to the source of infection from chamomile infusion.

The diet of a sick child should contain foods rich in folic acid, vitamin A, E, zinc and selenium, lecithin. It is recommended to minimize the intake of animal products: a large number of animal fats contributes to the development of the inflammatory process. Watch the child’s drinking regimen so that the disease can be cured at the level of cells and blood vessels, the patient must drink at least 8 glasses of natural drinking water every day.

Pregnancy is the period when a woman’s body begins to work at an accelerated pace, undergoing serious stress. The presence of psoriasis in a pregnant woman does not affect the course of pregnancy and does not adversely affect the development of the fetus. But this does not mean at all that the disease for this period must be left without treatment. Over the next nine months, the right decision would be a complete refusal to take hormonal drugs and other systemic drugs. Preference is given to local treatments for psoriasis..

Pay special attention to strengthening immunity: take the vitamin and mineral complex prescribed by your doctor, take daily walks in the fresh air, and observe the daily routine. Pregnant women with psoriasis need a special diet that excludes animal products.

Talk to your gynecologist about taking non-hot baths. In the absence of contraindications, warm baths with decoctions of herbs (chamomile, string, calendula, oak bark) are very effective during the treatment of the disease.

Dermatologists advise when carrying a child to use external means to combat psoriasis. In no case do not use hormonal ointments. Compresses from herbal decoctions, therapeutic creams for psoriasis are allowed, a prescription for which only a doctor gives.

What ointment will help get rid of this disease 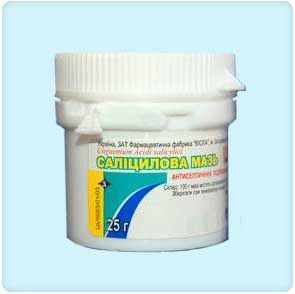 The components of the product are extracted from willow bark, have anti-inflammatory and antiseptic properties. According to patients’ reviews, confirmed by the photo, the ointment is considered an effective tool to help eliminate psoriasis..

How to use: Affected areas of the skin are cleaned of necrotic tissue, treated with antiseptic agents, after which salicylic ointment is applied with a cotton pad or stick. The course of treatment is 3 weeks. 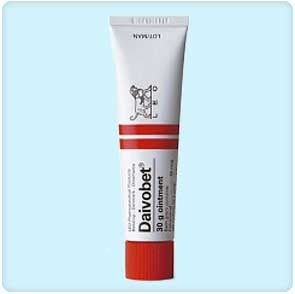 The drug is effective in the treatment of palmar-plantar type of psoriasis. The components of the drug in the affected areas of the body reduce the reproduction of cells, regulate their normal reproduction, helping to eliminate plaques.

How to use: Apply the product once a day for a month. If after the drug there is a positive dynamics of the course of the disease, the treatment should be repeated again after a month.

Caution: Daivobet is able to cause allergies, if you find its first symptoms, stop using the product. 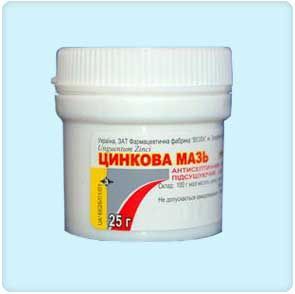 It has antiseptic and anti-inflammatory properties. Facilitates the patient’s life by relieving itching. Zinc ointment has a regenerating effect at the sites of localization of psoriasis.

How to use: Apply ointment with a cotton swab to the foci of the disease twice a day. The course of treatment is a month. The main disadvantage of the tool is getting used to it. If you want to repeat the course, you need to do this after a two-month break. 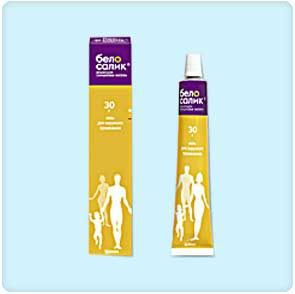 Ointment refers to hormonal drugs, so its use is possible only as directed by a doctor. During pregnancy, the use of Belosalik ointment is prohibited. It has a good effect, significantly facilitates the patient’s life, significantly reduces the area of ​​affected skin areas, until their complete disappearance.

How to use: A small amount of ointment is distributed on the surface of the skin twice a day. The course of treatment is 4 weeks. If there is a need for long-term treatment, then the drug is used once a day every other day.