This severe neurological disease is also known as dropsy of the brain. The popular name accurately reflects the essence of the disease: the accumulation of cerebrospinal fluid in the brain. Hydrocephalus is considered mainly a childhood pathology, but it affects adults as well..

Hydrocephalus of the brain is divided into children’s and adult forms. In children, this disease is congenital and secondary, acquired. Congenital hydrocephalus is a dangerous consequence of fetal developmental defects. Her causes are rubella, herpes, cytomegalovirus and other infections that her mother had during pregnancy.

In adults, the following diseases are often complicated by hydrocephalus:

Forms of the disease

Hydrocephalus is diagnosed by ultrasound of the unborn child, it is easy to identify it in a newborn, infant or baby up to 2 years old. Acquired is considered a disease that developed in children born due to birth injury, hemorrhage, brain tumor, meningitis, encephalitis. A premature baby also has a risk of becoming a victim of hydrocephalus.

The disease is also classified by the nature of the fluid circulation: if the channels of its outflow from the brain are free, then this is open hydrocephalus, and if it is clogged, it is closed (occlusal). A non-occlusive form of the disease occurs when the inflow and outflow of cerebrospinal fluid from the subarachnoid space (between the membranes of the brain) is not difficult and there are no signs of hypertension.

According to the degree of development of hydrocephalus, it is divided into acute, subacute and chronic forms: 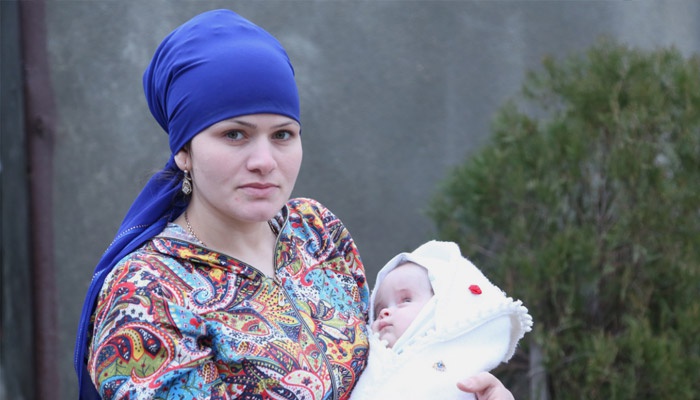 Brain hydrocephalus is also classified by the place of cerebrospinal fluid accumulation. On this basis, internal and external dropsy are distinguished. The internal form of the disease is detected when cerebrospinal fluid is concentrated only in the lateral ventricles of the brain. Excess fluid in the head does not affect its shape, size. However, if the ventricles expand rapidly, the brain may stop functioning..

With this form of hydrocephalus, cerebrospinal fluid also accumulates around the brain, causing deformation of the cranial bones, headaches, drowsiness, nausea, double vision, and urinary incontinence. However, the most dangerous form of dropsy is mild external hydrocephalus, which is asymptomatic. Lack of treatment results in severe cerebrovascular accident.

In older people, there is a replacement form of cerebral hydrocephalus, in which it decreases in volume, and the resulting new space is filled with cerebrospinal fluid. The ventricles are stretched, the disease progresses. External replacement hydrocephalus is usually a consequence of concussion, severe hypertension, atherosclerosis, or alcoholism..

With this form of pathology, a decrease in the brain and the filling of a new space with cerebrospinal fluid causes the simultaneous development of internal and external hydrocephalus, when fluid accumulates in the ventricles and under the meninges. In infants, this form appears due to birth injuries or congenital malformations. It is dangerous in that it can quickly lead to a catastrophic failure in the blood supply to the brain tissue.. 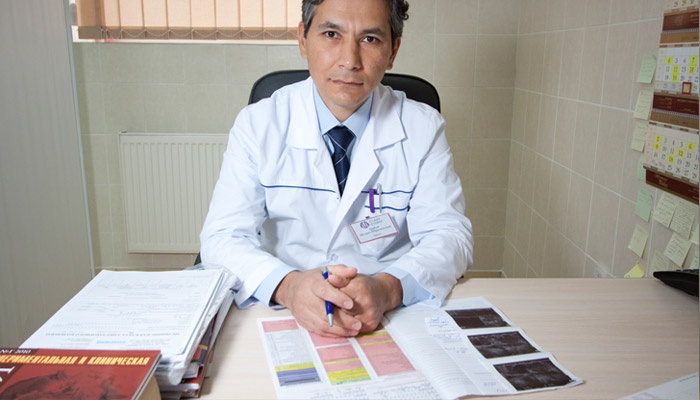 Hydrocephalic syndrome is characterized by three main signs: impaired coordination of movements, deviations in the psyche and urinary incontinence. A few days after the onset of the disease, the person’s gait becomes slow, uncertain, shaky. Then the patient is finding it increasingly difficult to maintain balance. It becomes hard for him to move his legs, raise his hands.

Then urge to urinate becomes more frequent, they become urinary incontinence. As hydrocephalus progresses, a person more and more often falls, and then at all cannot walk or sit on his own. Finally, there are severe deviations in the psyche. The patient loses the ability to adequately assess reality, it is difficult for him to express his thoughts, he raves, beats in convulsions. 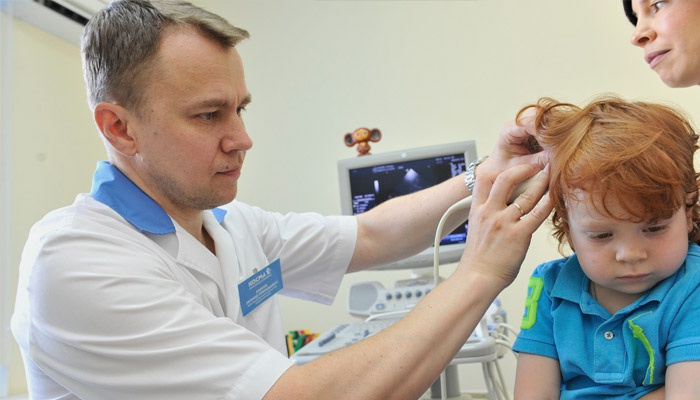 With brain hydrocephalus in newborns and children of the first year of life, the most noticeable symptom is an excessively large head. A moderate increase in intracranial pressure is indicated by:

By the age of two, the head ceases to increase with hydrocephalus of the brain, since the fontanelles are already overgrown. However, over time, lethargy, weakness of the muscle corset, and lag in physical and mental development are becoming more noticeable in the child. As the cerebrospinal fluid pressure increases on the brain structures, it becomes more nervous, sleeps worse, more often falls into causeless tantrums. 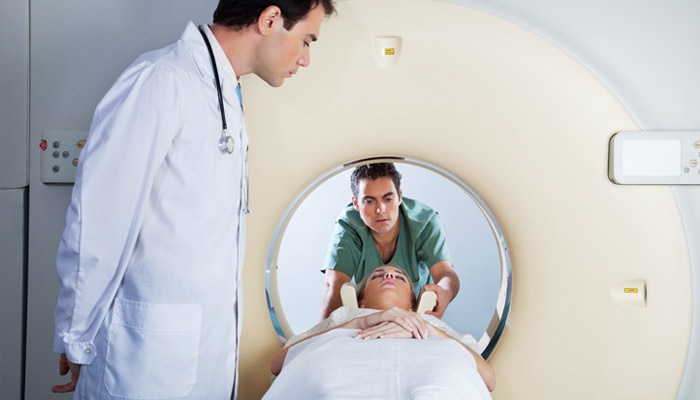 A preliminary diagnosis of hydrocephalus can be made by examining the fundus of the child, a neonatologist or pediatrician and referring him to a neurologist. Neurosonography gives a picture of the state of the brain in babies up to 1.5 years old, while a large fontanel is still open. The most informative diagnostic method is a brain tomogram. If necessary, the doctor may prescribe an additional radiography, echoencephalography.

Many variants of the disease are treatable. If children are not provided with medical care, they will remain disabled or die. The tactics of treating brain hydrocephalus is to eliminate its causes. It is important to achieve the outflow of cerebrospinal fluid and venous blood. For this, diuretics and vasodilators are prescribed, sometimes leeches are put over the ears..

If drug treatment after several months does not produce results, surgery is necessary. With the expansion of the ventricles of the fetus, brain development is monitored. If hydrocephalus does not progress, the baby is born before childbirth, and the newborn is operated on. With the progression of pathology at 35 weeks of pregnancy, a cesarean section is performed and such an operation is performed.

If hydrocephalus of the brain does not develop, begin to do massage. It is especially effective with intense muscle tone, slow development of fine motor skills. Diet should help normalize the water-salt balance. All products that inhibit the excretion of fluids from the body are contraindicated. Under the ban – sodium chloride, sodium gluconate. Fresh bread, fatty meat, sausages, smoked meats, sweets, soda should be excluded. Fruits and vegetables are required, with the exception of onions, garlic, radishes, radishes, sorrel. 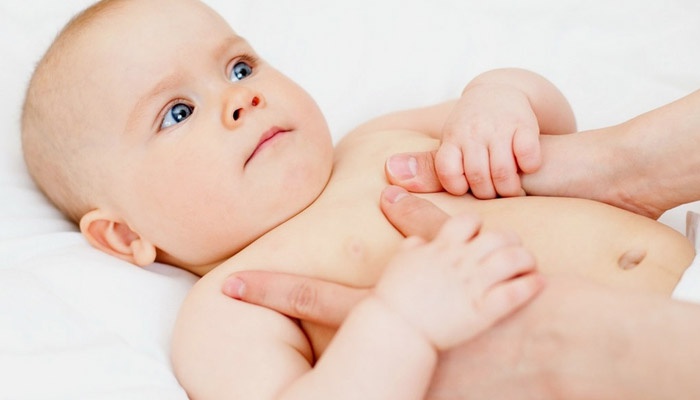 The most common operation is brain bypass surgery to ensure that the cerebrospinal fluid is diverted to other reservoirs, such as the abdominal, less commonly the occipital cavity. Catheters are inserted subcutaneously; fluid volumes are regulated by a valve. Bypass surgery for brain hydrocephalus saved the lives of millions of children. However, the shunt system is a foreign body, often causing complications. Its implantation can be avoided using a less traumatic endoscopic method of treatment. With the help of an endoscope in the brain, a roundabout is formed for the outflow of fluid.

The prognosis and consequences of dropsy of the brain

According to statistics, the intellectual level of IQ development of about 50% of adequately treated children is subsequently more than 85 points. The prognosis is more favorable with congenital than with secondary hydrocephalus. Without treatment, children become tantrums, stuttering, their brain can degrade to the point of dementia. Adults often develop mental disorders, epilepsy, hallucinations appear, they are doomed to severe disability.

To exclude the risk of developing hydrocephalus of the brain, it is very important not to allow intrauterine infections, injuries, especially birth, during gestation. With a narrow pelvis, the presence of other indications, it is necessary to resort to a cesarean section. During the performance of work of increased danger, for example, in construction sites, factories, you should protect your head with a helmet, and in winter it should not be allowed to be supercooled in the cold. Timely need to eliminate the foci of infection in the body.