In the first year, the child develops at a very fast pace. New skills appear literally every day, and very often kids “give out” a whole range of innovations at once, making a real leap. Especially indicative in this regard is the third month of the baby’s life.

The development of a child in 3 months is the result of all that the baby has learned over the past time. After the adaptation to new conditions and the mode of existence has ended, the child begins to actively study the world around him. His physical, mental, emotional and social development is entering an active phase..

We can distinguish the main “achievements” that the child demonstrates at 3 months:

Due to the intensive development of subcutaneous adipose tissue, a 3-month-old baby “rounds up”: his body becomes chubby, cheeks and wrinkles appear on the limbs.
In physical terms, the baby acquires new skills. By 3 months, children master a coup from the back to the tummy, and lying on their stomach, they can rise for several minutes, resting on their forearms.
A semblance of the regimen of the day begins to emerge: the child begins to sleep and stay awake at about the same hours, so it becomes easier for mother to plan her day. DETAILS about the daily schedule.
The period begins when the baby tries everything “by the tooth”.
Well, now let’s talk in more detail about the development of the child in all areas. 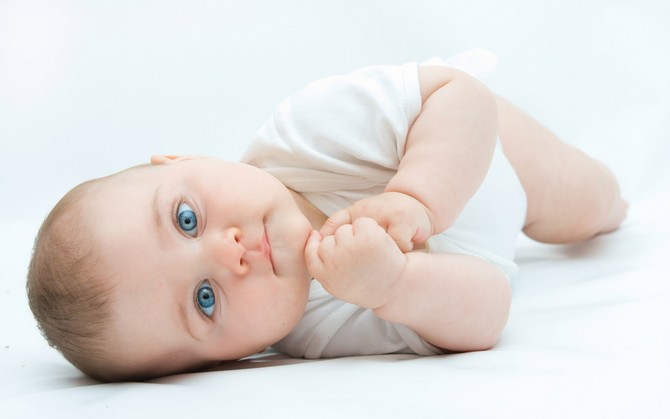 What should be the height and weight of the baby

The physical development of the child is always very worrying for both parents and pediatricians. Monthly visits to the clinic are accompanied not only by a general examination, but also by measuring weight and height. In general, an indicator of the rate of growth and weight is very conditional. For a child of 3 months, you can roughly focus on the following numbers:

Mothers of babies should be more relaxed about mismatches in the height and weight of the child with certain numbers. If the child is active, eats, sleeps, studies the world around him, his hair and nails grow – it means that he is in perfect order.

What are the baby’s reflexes at three months

The baby’s behavior and actions are regulated by reflexes and instincts. Most newborn reflexes are already dying away by 3 months. So, for example, at this age, the presence of the following reflexes may indicate a neurological pathology:

Search reflex (in response to stroking the corner of the lips, the child turns the head toward the stimulus and opens his mouth);
proboscis reflex (touching the upper lip leads to the fact that the child extends his lips in the form of a proboscis);
Babkin’s reflex (when pressing a finger on a baby’s palm, he opens his mouth and moves his head forward).
Some reflexes may still persist. For example, Moro’s reflex, expressed in the fact that the child throws up his arms and spreads his fingers when he is laid on his back or his legs are lifted above the surface. This ancient reflex is evolutionarily designed to protect a child from falling.

But the sucking reflex and the crawl reflex at 3 months are still very pronounced, since they are directly involved in the survival and harmonious development of the child.

What a baby can do in three months of his life

Two basic skills that are formed by 3 months:

the ability to roll over from the back to the tummy;
ability to raise head and shoulders with support on forearms.
There are no strict standards in this matter either. Some of the babies perform all these actions already in three months, someone begins to make their first attempts only closer to 4-5 months. Each little man has his own speed of development, so if the baby is healthy and does not have any neurological problems, he must learn to roll over and up

The process of mastering new skills can be slightly accelerated. The following tips will help parents with this:

In addition to standard daily gymnastics, add a coup exercise. The baby lies on the back, his right leg needs to be lifted, holding the shin, and lead to the left, as if throwing it through the body. This moment in the upheaval is the most difficult for the child, because it is he who gives the whole body an impulse to make movement. Later, children learn to push themselves from a horizontal surface..
Conscientiously complete the entire range of exercises recommended by pediatricians. The basis of all new physical skills is the overall good development of the baby’s body and muscles.
You can contribute to the development of the second skill in a very simple way: regularly lay the child on his stomach. And to lie in such a pose was interesting, lay bright toys in front of him. A great option for this age is a developmental mat. On it, the baby will not be bored either on his back or on his tummy. Many rugs have a small round mirror in the kit. Examining your reflection there while lying on your stomach is a fascinating activity. 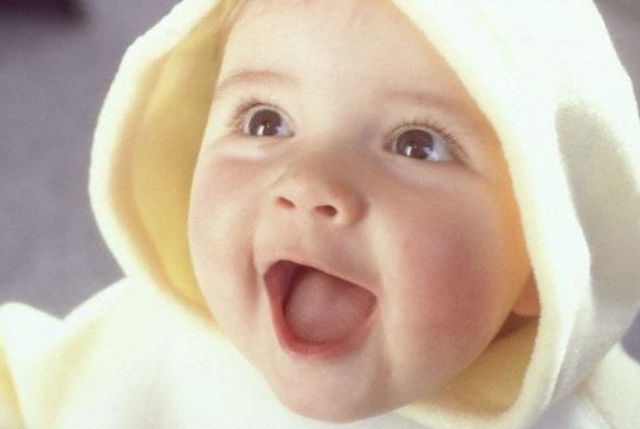 Try to praise the baby often for all his achievements, although there is usually no problem with this: moms and dads sincerely rejoice when they see that they can do their favorite child.

Another safety tip: after the baby has learned to roll over, do not leave it alone on high surfaces (on a sofa or changing table). On such surfaces, the child can only be with an adult, otherwise he may fall and even get injured. If you need to leave the room – shift the baby into a crib or chaise lounge.

Mental and emotional development by 3 months is also gaining momentum. First of all, the sensory organs and basic mental functions are very actively developing..

How does the vision of a three-month-old baby change

Vision has changed significantly. Now the child knows how to follow the eyes of a moving toy, is able to peer into an object. This means that the child develops objective perception: he begins to perceive the object as a set of properties, and the more sensory organs he can perceive the object, the more information he will receive about the subject of observation. That is why kids are so fond of not only looking, but also trying to bite or lick everything that falls into the pen.

How does hearing change in a baby aged three months

The child’s hearing is also developing and improving. At the age of 3 months, the baby already perfectly isolates different sounds from the general background, can accurately determine the sound source, and, of course, already knows native voices very well. On mother’s voice, the baby turns his head in her direction and smiles.

Feeling and perception for a child of 3 months are the main mental processes due to which there is a study of the world. These two processes occur in all areas of feeling: vision, hearing, smell, touch. The kid really likes to touch different surfaces and objects with his fingers, lick rattles, look at pictures and faces of people, enjoy different sounds.

Great progress has been observed in the emotional sphere. At 3 months, children begin to give their first conscious smiles, the most sincere and open. The main innovation of this age is the “revitalization complex” – a vivid emotional reaction that a child demonstrates when a close adult appears. The “revitalization complex” is manifested not only in smiles. The kid begins to actively make sounds, move his arms and legs, by all means showing how glad he is to see his own person.

Nutrition and sleep of a three-month baby

As we have already said, by the age of three months, the daily regime begins to take shape. This mode will still change several times, but for my mother there is already some kind of certainty and the ability to plan her affairs. Basically, the baby, like a newborn child, spends time eating and sleeping, but periods of active wakefulness already appear. The main questions in this regard: how much a three-month-old baby eats and how much sleeps?

Sleep, as before, takes up most of the day. At this age, children sleep in the amount of up to 17 hours. Usually, 9-10 hours fall at night, and the rest are allocated to 4 daytime sleeps.

If the baby’s food is a mixture from a bottle, then the regimen and amount of feeding is determined by the recommendations of the producers of the adapted mixture. Babies who are breastfed suck their breasts on demand and are at their breasts for as long as they need..
For mothers who are breastfeeding, it will be useful to know that 3 months is the time of a growth spurt and a lactational crisis. This is a kind of turning point, which is very important to pass successfully.. 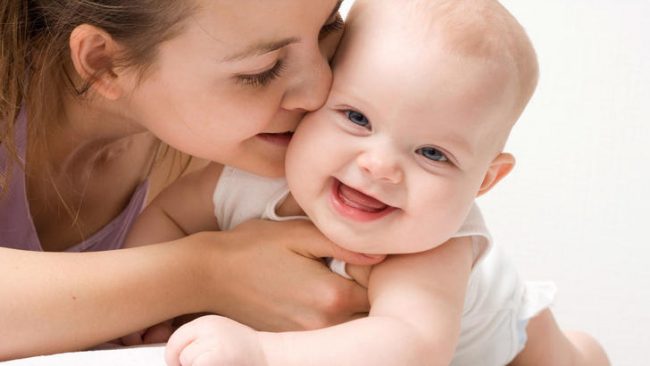 The child is actively exploring the world, so it may be difficult to attach to the chest. Many mothers say that the child begins to spin, look around to consider everything around, distracting from the chest. In the mother’s body, some changes also occur: by this time, lactation is improving, and the woman ceases to feel the tides.

Not knowing about such features, the baby’s restless behavior at the chest and the absence of hot flashes may be interpreted by the mother as a lack of milk and start feeding with the mixture. Do not do this. In the most critical period, which lasts only a couple of days, it is better to focus on the baby and constantly offer breasts, putting aside all household and personal affairs – this will help maintain lactation and successfully overcome a difficult moment.

In moments of active wakefulness, the baby is no longer interested in just lying in the crib. An inquisitive little pean is committed to this in order to see and hear something new and interesting. Funny game is the best thing to do with a child..

Games with a child of three months Games at this age are quite simple and short. It’s great if the game is accompanied by a funny nursery rhyme or just a poem. The fact is that at 3 months speech is already beginning to develop. The child makes the first sounds, which in a scientific language are called pre-speech vocalizations. For the full development of speech, you just need to hear words and sounds.

In the framework of the game, you can do finger gymnastics, massage of the palms and feet, or invite the baby to touch different textures (pieces of fabric, cereals, etc.) with his pen. Rattle games are also a great option for 3 months. 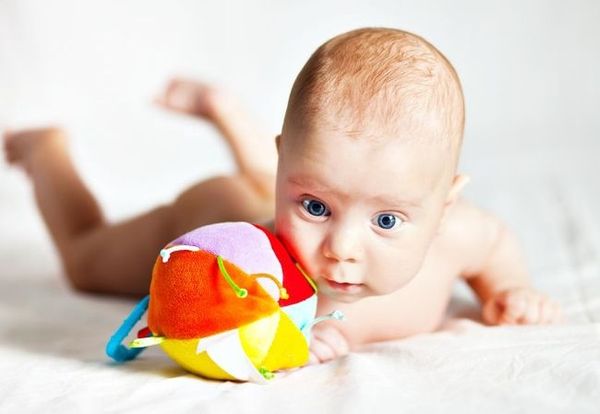 You can invite the child to consider large pictures in a book, always saying and naming all objects and details. Pictures themselves for this age should be very sketchy and simple..

Communication with a child is important not only during games. In conversations with the baby, it is necessary to accompany every contact with him, whether dressing for a walk or changing a diaper. Speech should be emotional and calm. For a child, this is not only a way of development, but also an indicator of mother’s love and acceptance, and this is even more important than new information and skills.